Genetown, a Hotbed of Innovation and Drug Development 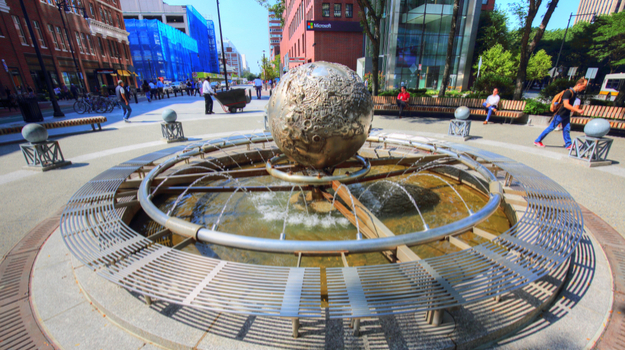 The lynchpin to biotech and pharmaceutical drug development in the United States is arguably the greater Boston area, which includes the white hot square mile of talent and intellectual collaboration found in Kendall Square.

For years, the area known as Genetown has been a leader in innovation and drug development. With the positive results coming out of the multiple companies and prestigious universities that call the area home, it’s no wonder that companies pay high premiums for office and lab space in the area. The price is high in Kendall Square because the availability of space has gone down as more and more companies seek to establish a presence there, such as Allergan, which announced in January that it will establish an R&D facility in Kendall Square. With competition for space high, real estate companies have been looking to spark life-science hubs across other parts of Boston, such as the proposal of a new life sciences campus in Boston to compete with Kendall Square.

Companies would not be vying for space in the area if the long-term payoff wasn’t worth it. It’s rare for a week to go by without positive news being reported from Genetown. Some recent news from the area includes:

EMD Serono, a division of Merck KGaA, Darmstadt, Germany, closed out March by snagging approval from the U.S. Food and Drug Administration for Mavenclad (cladribine), a therapy for adults with relapsing-remitting multiple sclerosis (RRMS) and active secondary progressive disease (SPMS). The approval marked Mavenclad as the “first and only treatment” approved by the FDA for RRMS and active SPMS that provided two years of proven efficacy with a maximum of 20 days of oral treatment. Mavenclad is recommended for patients who did not respond adequately to an alternate MS drug but is not recommended for patients with clinically isolated syndrome (CIS). The approval does not come without a warning, though. The FDA slapped a boxed warning on the medication for potential risk of malignancy and risk of teratogenicity. Mavenclad was first approved in the European Union in August 2017 and has since been approved for use in more than 50 countries.

Also in March, SAGE Therapeutics won approval for Zulresso (brexanalone), the first and only medicine specifically approved to treat postpartum depression. The approval marks what could be a game changer in treating PPD due to the fact that about 400,000 women in the U.S. are diagnosed with it each year. When Zulresso was first approved, Sage Chief Executive Officer Jeff Jonas said the company is proud to be part of an important moment in mental health treatment. The approval of Zulresso creates an opportunity for “an unprecedented change in the way postpartum depression is thought about and treated.” Jonas said that not only does Sage believe Zulresso will address this important need for women’s mental health, but he also said the company believes the medication will be a “catalyst in starting a new dialogue emphasizing the importance of women’s mental health, and the importance of diagnosing and treating PPD.”

In addition to regulatory wins, companies in the area are also seeing positive clinical results. In March, Cambridge, Mass.-based Akebia Therapeutics announced positive top-line results from two Phase III studies evaluating vadadustat, an investigational oral hypoxia-inducible factor prolyl hydroxylase inhibitor (HIF-PHI), in Japanese subjects with anemia due to chronic kidney disease (CKD). Each study, one in non-dialysis dependent subjects and one in hemodialysis-dependent subjects, met its primary endpoint, Akebia said. The studies were conducted by Akebia’s collaboration partner in Japan, Mitsubishi Tanabe Pharma Corporation. Based on the results of the study, MTPC expects to submit a Japanese New Drug Application in 2019.

Genetown has also been rocked by failure as well. Perhaps most noticeably is Biogen’s Alzheimer’s failure. Last month Biogen and its development partner Eisai discontinued several Alzheimer’s disease trials involving aducanumab. The two companies halted the trials after an independent data monitoring committee said they would not likely hit their primary endpoints. With the termination of those trials, aducanumab has met the fate of many other late-stage hopes for treating the dread form of dementia – failure. Biogen will likely have to reset some of its R&D plans over the next several months after banking many of its hopes on aducanumab.

Also in March, Zafgen was forced to suspend trials for its Prader-Willi Syndrome treatment, ZGN-1258. Zafgen said it suspended its plans after toxicology studies in animal subjects yielded “unexpected findings.” The company said that nonclinical data showed degeneration and other anomalies in rat muscle tissue to different degrees. That decision to suspend development came several months after the FDA slapped a clinical hold on Zafgen’s lead product for an experimental diabetes medication due to safety concerns.