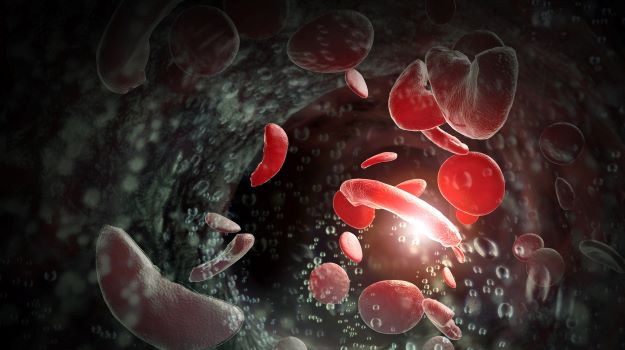 Sickle cell disease will soon have a treatment.

Sickle cell disease is nearing a cure. Recent gene therapy research has created what appears to be a durable response in terms of producing normally-shaped red blood cells and completely reducing the pain associated with the disease.

The study, Biologic and Clinical Efficacy of LentiGlobin for Sickle Cell Disease, published in the New England of Medicine (NEJM) and funded by bluebird bio, outlines a successful approach that adds a gene to the stem cells that eventually become blood-producing cells.

“Gene therapy with autologous stem cells extends the possibility of a cure to all patients without the need for immunosuppression,” Martin Steinberg, M.D., professor of medicine at Boston University School of Medicine, wrote in a subsequent editorial in the NEJM.

The study’s first author, Julie Kanter, M.D., director of the UAB Adult Sickle Cell Clinic at the University of Alabama at Birmingham, and a team of researchers from throughout the U.S. conducted a Phase I/II trial. The 35 patients received one infusion of LentiGlobin and were followed a median of 17.3 months. Some were followed for up to 37.6 months, which is thought to be the longest follow-up period of any sickle cell disease study.

The researchers found that hemolysis markers decreased and, importantly, that total hemoglobin increased. Most of the red cells (85% in the optimized group of patients) exhibited an increase in HbAT87Q, an anti-sickling hemoglobin that is 99.9% similar to healthy adult hemoglobin. The difference is an amino-acid substitution to sterically inhibit polymerization of sickle hemoglobin.

In terms of safety, although “one-third of the patients had serious adverse events after infusion,” Kanter and colleagues wrote, in all but three patients those events were considered to be unrelated to the infusion. They included abdominal pain, drug withdrawal syndrome, nausea and vomiting.

To develop the LentiGlobin therapy, blood-forming stem cells are collected from the patient’s blood. Then, lentiviruses deliver a modified copy of the beta-globin gene into the stem cells, which are later reinfused into the patients diagnosed with sickle cell disease. There is no risk of rejection because the therapy uses a patient’s own cells. The modified stem cells accrue in the bone marrow, where they begin making healthy new red blood cells.

Before treatment, however, the patients must be conditioned. This involves a high dose of chemotherapy to kill existing stem cells to make room for the modified stem cells. There is a small risk that the chemotherapy can induce cancer and, in fact, two of the initial group of patients to be treated developed leukemia several years after therapy. No cancers were reported in the group receiving the later, optimized treatment, however.

In sickle cell disease, the red blood cells are shaped like the sickles that once were used to cut wheat. Twenty-first-century Americans are more likely to associate the shape with the crescent moon. These sickle-shaped cells are rigid and fragile, which shortens the lifespan of the red blood cells and results in anemia and vaso-occlusive episodes that may lead to organ damage.

Sickle cell disease is caused by mutations in the HBB gene, and is inherited. This disease affects approximately 100,000 Americans and is most common in the Black community, although Hispanics also are at risk. To put figures to the disease, 1 in 13 Black newborns carry the sickle cell trait and 1 in 365 are born with the disease. In Hispanics, the figure is 1 in 16,300.

While LentiGlobin therapy appears promising, gene therapy remains very expensive, and, as Steinberg pointed out, “Most patients with this disease live in Africa and India, where access to highly technological health care is limited. What is needed are more drugs that can be taken orally and increase fetal hemoglobin levels.”

Nonetheless, “You cannot overstate the potential impact of this new therapy,” Markus Y. Mapara, M.D., Ph.D., professor of medicine at Columbia University Vagelos College of Physicians and Surgeons and a co-author of the study, said in a statement.

The next stage of the research involves developing less toxic approaches to conditioning the bone marrow before gene therapy. “The eventual goal will be to give this treatment as early as possible, well before patients develop organ damage and other complications of sickle cell disease,” Mapara said.