From “Jeans to Genes”: Mark Emalfarb Thinks He Can Revolutionize Biopharma Manufacturing 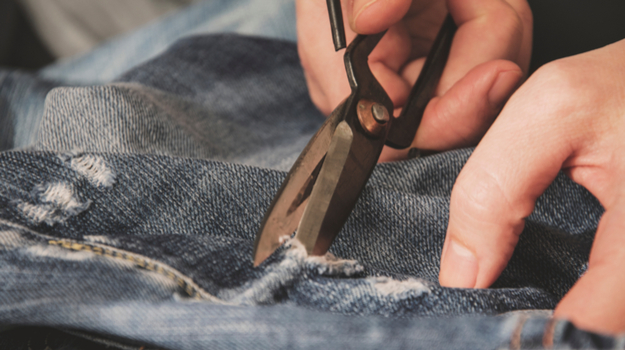 Mark Emalfarb, founder, chairman and chief executive officer of Jupiter, Florida-based Dyadic International, believes he knows how to revolutionize biopharma manufacturing. And by revolutionize, he means he believes he has the key to how biopharma can manufacture more medicines at far lower costs and great efficiencies, which could translate to lower prices and accessibility for the public. Emalfarb took time out to talk to BioSpace about his company and its C1 technology platform.

Dyadic’s story is one of the more unusual ones in biopharma. It started, oddly enough, with rocks. It has been dubbed “Jeans to Genes.” Emalfarb’s family worked in the landscape stone business, essentially selling rocks. Dyadic launched in 1979, selling pumice stones to wash blue jeans for the “stone-washed jeans” look. They sold rocks to companies like Levi, Guess and Wrangler. But eventually, the industry switched from pumice stones to enzymes because it was more efficient and environmentally friendly.

Emalfarb, to stay on top of the trend in the early 1990s, hired 35 Russian scientists to find and isolate microorganisms that could make the cellulase used to wash the jeans. They came up with a filamentous fungal strain, Myceliophthora thermophila, nicknamed C1, which could do the job. Over the next two decades, they refined C1 into two strains. In December 2015, Dyadic sold most of its Industrial Technology assets business to DuPont's Industrial Biosciences business for $75 million in cash. With the remaining assets, Dyadic focused on its biopharmaceutical business.

Emalfarb says, “We theorized that if you applied hyper-productive industrial biotech cells that had unique growth characteristics to doubling time to two hours versus 20 hours for CHO [Chinese hamster ovary] cells, it could speed up the development and lower the costs of biologics. This could bring affordable health care to patients and reduce the burden on society in the healthcare system.”

Specifically, biologics—the type of drugs and therapeutics that are large, complex molecules or mixtures of molecules that are often made up of living material—are typically manufactured using CHO cells. The industry has been growing biologics and other drugs using CHO cells for decades. CHO cells have a doubling time of approximately 20 hours. Because they are mammalian cells, they may carry viruses, so the process also requires filtering steps to screen out viruses, which reduces the yield of the drug being grown.

Emalfarb says, “CHO cells have a 20-hour doubling time. C1’s are about two hours. The CHO cells produce things at much lower yields. The industrial average of a CHO cell is 0.3 grams per liter per day, or 4 grams per 14 days. With C1 cells, we’ve demonstrated already, that we can produce a monoclonal antibody, IgG, at 9 grams per liter in 90 hours, or 2.4 grams per liter per day. So it takes 4 to 7 days to do that instead of 14 days, or half the time. The media we use to grow these cells is 1/10 to 1/25th the cost of CHO cell media. And we can skip two of the viral activation steps because there are no viruses in fungal cells. So we can not only make more of the product, but retain more, skip two steps. In theory, we have the data that show we could completely disrupt the biopharma manufacturing industry and access to biologic drugs. But what’s blocking the access and use is pharmaceutical companies have been able to pass off the buck, so to speak, to the healthcare system, insurers and the government. And even then, Scott Gottlieb, the FDA commissioner, said only 2 percent of the population is getting access to the new biologics drugs.”

Emalfarb also points out that one of the competitive problems companies have with biosimilars—essentially generic versions of biologic drugs—is that they are often using the same techniques with CHO cells to biomanufacturer the drug they’re copying, but not as efficiently. For example, one of the top drugs that companies have been creating biosimilars to, known as the reference drug, is AbbVie’s Humira (adalimumab), used to treat rheumatoid arthritis, psoriatic arthritis, plaque psoriasis, Crohn’s disease and several other types of inflammatory and auto-immune diseases. Humira raked in $18.4 billion in sales in 2017, which is another reason companies target Humira with biosimilar products.

But Emalfarb notes that AbbVie has had years and years to tweak and perfect their CHO cells to manufacture the drug. Companies developing their own CHO cells for it have all the typical inefficiencies of CHO cells, and are unlikely to have the optimized cell lines that AbbVie has developed.

Which is where he argues C1 cells would have a significant advantage. They’re more productive, use less expensive growth media, and require less time in growth for the same or better yields. But the industry, instead of shifting to this new paradigm, focuses on improving CHO cell lines and otherwise passing the high costs of development and drug manufacturing onto the consumer, typically through high prices that insurers and government agencies cover… but for a low level of accessibility.

“We think the world should be focused on improving biotechnology,” Emalfarb says. “We keep doing the same thing over and over again expecting different results. The CHO cells were inefficient 30 years ago and they’ve improved them since, but it’s kind of like improving a Model T engine in a Tesla world. They don’t retool.”

Emalfarb believes that by the industry moving away from CHO cells to C1 cells, which he admits was something of a serendipitous discovery by his company’s team, biopharma companies and the U.S. government could potentially save billions, even hundreds of billions of dollars. Simply by making the biomanufacturing process faster, more efficient and less expensive. Dyadic has produced an IgG molecule, a full-length monoclonal antibody, at 9 grams per liter in 90 hours. “That’s like a world record,” Emalfarb says, “and we’re just getting going. In the industrial enzyme field, we’ve produced enzymes at 80 grams per liter, almost 10 times that yield.”

Because every day the cells are in the growing tank costs money, a process that can cut the time and use less expensive media saves money. Emalfarb says, “We’re applying proven technology that’s been used by BASF, DuPont and others for decades, and applying synthetic biology to it.”

He acknowledges that this would require the industry to make a fairly dramatic change. “We’re talking about an industrial revolution, completely changing models. And the only way to do that is to retool the industry. For example, penicillin was discovered by accident, but it changed the world. I think making biosimilars cheaply and easily would be similar. But we’re failing to get these amazing products to the people.”