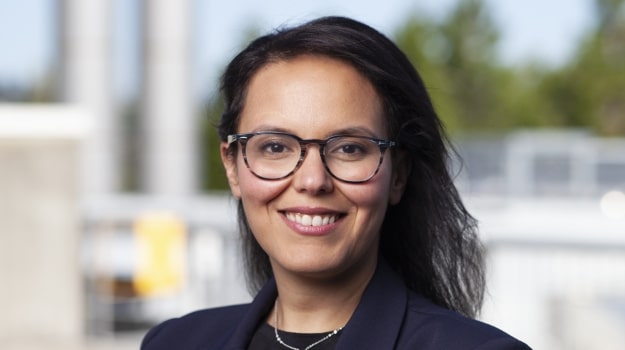 As an immigrant, female, mid-30’s CEO in the biotech world, Leen Kawas is used to being told no. She’s familiar with doubts being cast on her ideas, eyebrows raised at her push for innovation and some flat out telling her it won’t work. And she’s comfortable with all of that. It’s that grit that’s gotten her to where she is now.

BioSpace had the opportunity to enjoy a conversation about Kawas’ company, Athira Pharma. This year alone, the Seattle-based biotech brought in an $85 million Series B, raised $204 million by going public and received a $15 million grant from the National Insititute on Aging to support their ACT-AD trial. Here are excerpts of our chat about what Athira is doing now and how Kawas’ team is pushing the envelope of clinical development and trial design with their lead candidate.

Athira has an exciting candidate in the pipeline for Alzheimer’s. Can you tell us about that?

We're developing a pipeline of small molecules that activate naturally occurring repair pathways in our body. This is important in the context of Alzheimer’s because it’s a brain degenerative disease. What we’re focusing on is regeneration and recreation of the lost connections between brain cells, ultimately leading to improved brain network activity, and hopefully the clinical outcomes and improved quality of life for patients and people impacted by the disease.

This is very different from anyone else. Everyone else has been only trying to slow down the disease. We’re looking for actual improvement, in addition to slowing down the disease as well.

You target HGF/MET instead of the amyloid or tau targets that had been so popular for researchers. Is anyone else focused on that too or are you the Lone Ranger out there?

In the context of CNS indications, we are, as far as we know, the only group that is focused on that. For peripheral degeneration there are other groups that have been focused on the target as well.

It’s hard to get therapies into the brain. A lot of other approaches are using biologics and larger molecules that are harder to get into the brain compared to Athira. We’ve been successful at developing and optimizing a pipeline of small molecules that activate this target, which gives us the ability to start focusing on these huge unmet medical needs – Alzheimer's and other neurodegenerative indications.

Yes, we are at later stage clinical development. We have two trials running in parallel. ACT-AD is a smaller trial, 75 subjects, that we estimate will have an earlier readout. The LIFT-AD is a larger, potentially pivotal trial. This strategy of having the two trials running in parallel is to enable us with the smaller trial, once we have the data readout to do real-time optimization of the LIFT-AD. Both are enrolling mild-to-moderate Alzheimer’s patients.

The onset of Alzheimer’s begins well before clinical symptoms appear. Is there potential with your candidate for earlier treatment of patients with the biomarkers before symptoms even start?

Absolutely, yes! The majority of the groups have been focused on a-beta and tau. If you look at the disease progression, when the clinical diagnosis happens those two biomarkers are stable. They’ve already reached their max levels. Versus neurodegeneration and loss of synaptic density, the connection between the neurons, that is still very active even post-clinical diagnosis. It is still very exponential.

That’s why we went first into the mild-to-moderate population because we think, based on the disease progression, that this would be the highest responders, the most sensitive population to our approach, which is regenerative. We think we can capture the full spectrum of Alzheimer’s disease.

What are you most excited about in 2021 for Athira?

Growing the team. Doubling our size in the clinical infrastructure and outpatient infrastructure. The really exciting part is our lead candidate, finishing the recruitment for the ACT-AD and advancing both trials to late clinical-stage development. Also, additional assets that we have in the pipeline for neuropsych and peripheral neurodegeneration.

The JP Morgan conference is coming up in January. What are you hoping to gain from it this year?

I think it’s the increasing awareness for Athira. We’ve been around for a while but we’re still kind of a new company on the scene. Increasing awareness around the work and data we have up to date. We’re going to be putting in an effort at JP Morgan to increase awareness around the measures that we’ve used, the mechanism of action, the way our molecules work, the innovation in the way we use our measurement and approach we’re doing.

Can you tell me more about your clinical trial design innovation?

We’ve been very innovative in our clinical trial development in developing the end points for our pivotal trial and the ACT-AD as well. We’ve discussed with the FDA and there was openness from the FDA to consider these innovations. So that’s another thing we’re trying to make people think about - innovative ways to design and conduct late-stage clinical trials. That’s been received very well up to this point.

We’ve used the global statistical test as a primary endpoint. The global statistical test is really a mathematical algorithm that captures the change from multiple endpoints, from multiple domains of the disease. Alzheimer’s is a very complex disease with several things happening at the same time. For us to get more comfortable around the actual effects of ATH-1017 is to understand the totality of the effects in an unbiased way. Then we look at the traditional endpoints as well. Regulators still require you to show changes in the traditional endpoints of global function and cognition.

When we first proposed this idea, a lot of people said this is not going to work. You have to be more with the original, inside the box, just like everyone else. Well, it has worked. And there is reception from the regulators that as long as we achieve what they’re asking for, they’re willing to consider innovation in the way we position our endpoints and the way that we use mathematical algorithms.

Do you run into a lot of resistance when trying new methods?

Oh yes, but at Athira our culture is - if this plan doesn’t work, we’re going to find a new way and we’re going to make it happen. That’s why we’ve been very successful in our Phase Ib. We’ve used an established measure in a very innovative way that everyone else overlooked. We’ve been very scientific and focused on our work and made the decisions that are right to our program. Not necessarily what’s in the headlines or trendy at that point.

Unfortunately, in our industry, sometimes you just do the same thing over and over and people just need to stop. Let me just say, there are a lot of brilliant people. It’s not a chronic issue, but it does exist. Athira is going to push the envelope and try and focus on what makes sense for our program. Focus on innovation while endorsing experience as well.

We need to continue to build the team that is passionate about the work and willing to be in uncomfortable places. Because when you go and try to do things differently, you’re going to get a lot of people who are going to tell you no. And you need to be comfortable with that. Then have the focus and energy to keep going until it becomes a regular idea for everyone else. We’re going to be misunderstood for a while. And that’s ok.