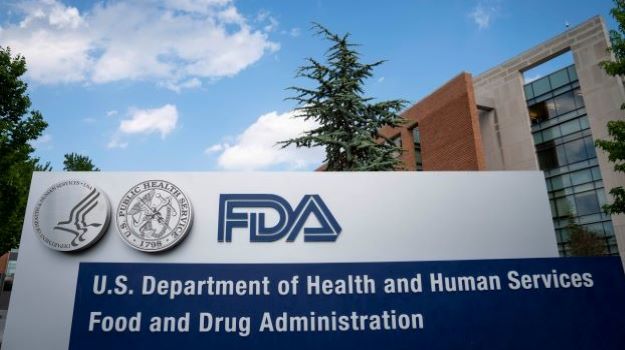 Following a marathon session of the U.S. Food and Drug Administration’s Cell, Tissue and Gene Therapies Advisory Committee, members unanimously agreed that the benefits of elivaldogene autotemcel, more commonly known as eli-cel, outweighed the safety risks in treating pediatric patients diagnosed with early active cerebral adrenoleukodystrophy (CALD) who are not eligible for stem cell transplant from a matching donor.

CALD is a fatal neurological disease caused by a mutation in the ABCD1 gene. The progressive, x-linked disorder causes a regression in children who develop the disease. It typically manifests around the age of 7 or 8, and children who were once active slowly slip into a vegetative state and ultimately die. The only treatment option is to undergo a stem-cell transplant from a matching donor. However, many of the patients do not have such a donor, and their options are severely limited.

But now, with the support of the committee in cases where there are no options, these CALD patients could have a chance, if the FDA ultimately agrees later this year. As BioSpace previously reported, eli-cel has already been approved in Europe for CALD. It is marketed under the brand name Skysona.

Over the course of the day, clinicians carefully assessed data submitted by bluebird regarding eli-cel, which has had some safety concerns. Eli-cel was hit with a clinical hold last year over safety concerns after a patient treated with the gene therapy developed a rare form of cancer, myelodysplastic syndrome. In all, three patients have developed this hematological cancer, and FDA officials noted that there are some other patients in the single-arm clinical study who may be showing signs of developing it as well.

Still, there were numerous patient advocates who called for greenlighting the gene therapy, despite the risks. Kirsten Finn, the mother of a patient with the disease, gave an impassioned plea for support of eli-cel. Finn told the committee members that no parent of a CALD patient should ever be told they have to take their child home to deteriorate and die when there is a functional treatment like eli-cel available.

“Knowing all the risks, we would proceed to treatment with the gene therapy and not look back,” Finn said. She added that families of CALD patients know the risks and are willing to accept them if there is no stem-cell donor available.

“At least with cancer, you can fight. Parents must have the right to choose,” she said.

Miranda McAuliffe, a mother who has a son with adrenoleukodystrophy that has not progressed to CALD, said that a diagnosis of cancer may be preferable to the death sentence of CALD.

"Gene therapy treatment for cerebral ALD is unique because it is halting a disease that, if left to its own course, will result in deterioration and death.  There is no way to manage cerebral ALD.  Children without access to treatment will die," she said.

Data submitted to the FDA from the single-arm Phase II/III study showed eli-cel’s efficacy, primarily for those patients who had no stem-cell donor options or mismatched donor options. Match-related donors are uncommon for these CALD patients, particularly in those patients who are an ethnic minority, bluebird said in its presentation.

Anne-Virginie Eggimann, bluebird chief regulatory officer, said the gene therapy demonstrated a 90% survival rate at 24 months. There is data showing that eli-cel remains durable for at least seven years, which is the longest time since a patient had been dosed.

If approved by the FDA, Eggimann said eli-cell will be restricted to administration at certain clinics in the U.S., where bluebird expects to treat about 10 patients per year, due to the rarity of the disease. The company also plans to conduct post-marketing studies to follow patients.

In addition to the question about efficacy outweighing safety concerns, the committee was also asked to vote on whether or not the safety assessment of eli-cel is related to safety data seen in lovo-cel, another lentiviral vector developed by bluebird.

Lovo-cel, also known as lovotibeglogene autotemcel, has been developed for sickle cell disease. Last year, lovo-cel was placed on partial clinical hold due to a patient having developed persistent, non-transfusion-dependent anemia. The majority of the 15-member committee voted that lovo-cel’s safety data was not related to eli-cel’s safety assessment. Thirteen members voted no, while one voted that the data does relate. One member abstained.

While bluebird passed this hurdle, the company isn’t ready to breathe a sigh of relief just yet. On Friday, bluebird will be back before the committee again to discuss another LVV, beti-cel, a one-time gene therapy to treat beta-thalassemia in patients who need regular transfusions of red blood cells.

Like eli-cel, beti-cel, also known as betibeglogene autotemcel, has been approved in Europe. It is marketed as Zynteglo. Late-stage clinical data showed that 89% of patients who could be evaluated achieved transfusion independence following treatment with beti-cel.

Unlike eli-cel, beti-cel has not seen the same kinds of safety concerns eli-cel saw in clinical studies. Still, the committee will carefully weigh the evidence before recommending whether or not to support the potential approval of the gene therapy.