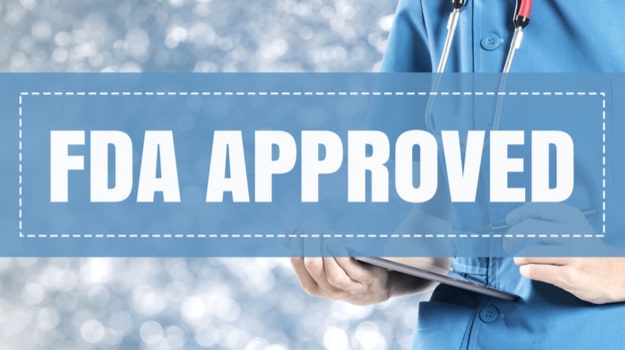 The U.S. Food and Drug Administration (FDA) authorized a booster shot of the Pfizer-BioNTech vaccine for people over the age of 65, individuals at high risk for severe disease and front-line healthcare workers six months after they received their second dose. Previously, it was only authorized for people who were immunocompromised.

The U.S. Centers for Disease Control and Prevention (CDC) indicates that Americans 65 years and older make up about 17% of the U.S. population, but accounted for more than 77% of all deaths from COVID-19.

On September 17, the FDA’s Vaccines and Related Biological Products Advisory Committee voted 16 to 2 against a recommendation for a third dose of the vaccine to be given to all people in the U.S. 16 years and older eight months after receiving their second shot. The adcom voted unanimously, 18 to 0, in favor of offering the booster to people 65 and older as well as individuals who are immunocompromised and at high risk of severe COVID-19. The FDA is not obligated to follow the recommendation but usually does. In this case, they did.

“The FDA considered the committee’s input and conducted its own thorough review of the submitted data to reach today’s decision,” said Peter Marks, the FDA’s head vaccine regulator. “We will continue to analyze data submitted to the FDA pertaining to the use of booster doses of COVID-19 vaccines and we will make further decisions as appropriate based on the data.”

Pfizer’s presentation before the adcom leveraged data from the U.S. and Israel demonstrating that the efficacy of the COVID-19 vaccine drops over time. It further showed that the reduced efficacy was associated with waning immunity more than with the presence of the highly contagious Delta variant. In Israel, where they have begun administering a third dose of the Pfizer-BioNTech vaccine, an observational study demonstrated a third dose six months after a second shot restored protection from COVID-19 to 95%.

Ofer Levy, director of the precision vaccines program at Boston Children’s Hospital and a member of the advisory committee, said after the adcom meeting that the vaccine “may eventually be indicated for the general population, I just don’t think we’re there yet.”

At issue is the lack of conclusive data showing the need for a third dose in a real-time situation and relatively little safety data for boosters, especially in 16 and 17-year-olds. In fact, Archana Chatterjee, a pediatric infectious disease specialist at Rosalind Franklin University, pointed out that there was no safety data for that age group at all.

“I think this should demonstrate to the public that the members of this committee are independent of the FDA,” Chatterjee noted.

Currently, the decision only applies to the Pfizer-BioNTech vaccine, although it may impact Moderna. The company's COVID-19 vaccine is under review by the FDA for full approval and has also submitted an application for boosters in the U.S. to people 18 and older. On September 15, Moderna reported new clinical trial data for its mRNA vaccine that demonstrated its protection also decreased over time.

For now, it appears that recipients of the Moderna and Johnson & Johnson vaccines will need to wait. Dr. Doran Fink, a deputy director in the FDA's vaccines division said Wednesday that there isn’t enough data to support mixing and matching when it comes to boosters.

“Data are not available to inform the interchangeability of a booster dose of one vaccine with the primary series of another vaccine,” Fink stated.

The FDA authorization does not pull the trigger on administering the boosters. The CDC’s advisory committee began holding meetings on Wednesday, September 22, which will last two days, to debate the boosters. On September 23, the CDC adcom will vote on the FDA’s proposed schedule. If the CDC recommends the boosters and it is approved by the CDC, booster shots could begin administration immediately.

On September 20, Pfizer and BioNTech released interim data from a Phase II/III trial of their vaccine in children five to 11 years of age. It had a favorable safety profile and “robust” antibody responses in the age cohort who received two 10 microgram doses at 21 days apart. The results were similar to a study at higher doses, 30 micrograms, in people 16 to 25 years of age.

Johnson & Johnson also announced new data, both real-world evidence and Phase III trial studies, that support its one-shot COVID-19 vaccine as having strong and long-lasting protection. The efficacy against COVID-19 also increased with a second booster shot, with a similar safety profile. The booster was 94% effective when dosed two months after the first job in a U.S. study.  Antibody levels were four to six times higher with the booster than with the single shot alone. The booster also created a twelvefold higher antibody level when given six months after the first shot, regardless of age.