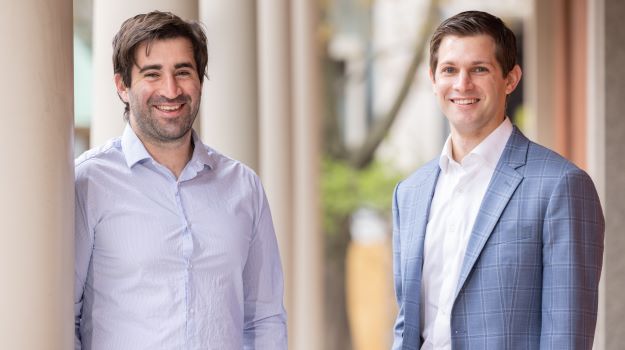 Following a favorable vote from an FDA advisory committee, Amylyx is one step closer to seeing its amyotrophic lateral sclerosis (ALS) treatment approved for use in the United States.

The FDA’s Peripheral and Central Nervous System Drugs Advisory Committee voted 7-2 Wednesday evening that there was sufficient evidence of effectiveness available to support the approval of AMX0035.

The seven panelists were convinced by confirmatory evidence from a post hoc analysis of data from the Phase II CENTAUR study, the severity of ALS and the significant need for new treatments. An ongoing Phase III PHOENIX study, which could potentially confirm this data, was also a factor.

There appeared to be a general consensus that more data from the Phase III PHOENIX study, which is expected to read out in 2025, would provide confirmation of the drug's benefit.

In a statement provided to BioSpace, Amylyx co-CEOs Josh Cohen and Justin Klee expressed their excitement about the decision.

"The new survival analyses presented today support the robustness of the overall survival result, as the benefit is consistently observed across multiple analyses," they wrote.

This was Amylyx’s second time before the PCNSDAC for AMX0035. In March, the committee voted 6 to 4 against recommending approval of the experimental drug, largely criticizing the trial design.

That analysis used a rank-preserving structural failure time model, which is often used in oncology studies to account for placebo crossover. The data, which was used as the basis of support for authorization in Canada, was enough to give the FDA reason to call for a second meeting.

While hopes were high for Amylyx heading into the meeting, FDA staff did not appear to be impressed with the new data. In briefing documents released Friday, the agency stated the analysis was “not independent data and is simply a new method for analyzing the same survival data presented in the original NDA.”

During the adcomm, FDA staff members reiterated those findings, saying the new analyses do not provide a statistically persuasive effect on mortality. They pointed to issues they said were heavily dependent on untestable assumptions. These included survival time benefit being proportional to time on drug and proportionality for placebo after switching to AMX0035.

Prior to the vote, Sabrina Paganoni, principal investigator of the CENTAUR trial and neurologist at Harvard Medical School, told the committee the data met the trial’s endpoints and showed a benefit to patients.

“The drug showed a statistically significant and meaningful impact on endpoints that matter, including a delay to hospitalization and improvement on quality of life,” she testified.

It is estimated that approximately 12,000 to 15,000 Americans have ALS, with about 5,000 to 6,000 new cases diagnosed annually. And each year, the progressive neurodegenerative disease also known as Lou Gehrig’s disease, takes the lives of thousands of people.

Amylyx leaders reiterated that CENTAUR met its primary endpoint and the data showed the drug met the standards for clinical benefit set by the FDA. The data consistently shows a survival benefit of up to 10 months, which is a significant amount of time for ALS patients, the Amylyx team said.

Multiple advocates from the ALS community, including patients, their family members and caregivers called for the adcomm to lend its support and call for AMX0035’s approval. In all, there were more than 1,200 patients and advocates who sent the committee messages of support for the Amylyx drug.

Patients spoke from personal experience, sharing how treatment with AMX0035 has arrested the progression of their disease and given them more time with their loved ones.

Following the Adcomm meeting, Cohen and Klee told BioSpace how touched they were that so many members of the ALS community came out in support of the company's drug. Klee said they shared the heartbreaking reality of the hardships ALS patients face each day as the disease progresses toward its inevitable conclusion.

Sam Maiser, a neurologist and ALS researcher who served as a site principal investigator on the CENTAUR and PHOENIX studies, called for support of AMX0035. Maiser said approving the drug is both a “scientifically and clinically right decision.”

As a treating physician, he testified that his ALS patients do not have time to wait for data from the Phase III study. The majority of his patients will likely be dead when that trial concludes in 2025, he said.

“If the CENTAUR trial is supported by PHOENIX, then these patients will be denied the opportunity for longer life,” Maiser said.

Cohen said the company is confident heading into the study. He believes the Phase III study will confirm what has been seen in CENTAUR and noted that if the trial fails to ratify the findings, AMX0035 could be pulled from the market if the FDA approves the therapy.

"I think it really shows that the FDA leadership understands ALS and the patient and clinicians' views around unmet need and seriousness. I also think we have seen new ways to analyze data that will become even better and the norm in future trials," she told BioSpace in an email. "I hope it leads to approval."

The FDA is scheduled to issue its ruling on AMX0035 by Sept. 29. It is not bound to follow the recommendation of the advisory committee but often does.