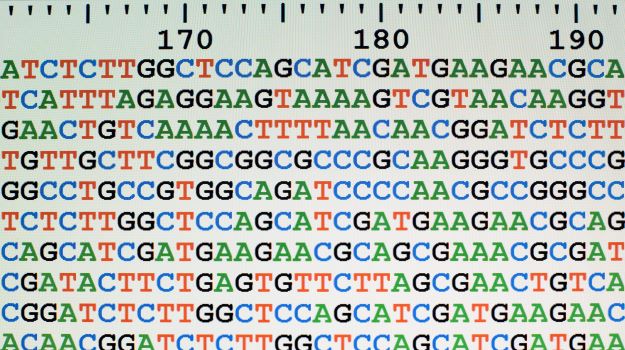 From the exceptionally healthy to the exceptionally treatment-responsive to even the unexceptionally disease-resistant, the human genome is littered with breadcrumbs leading right up to new pharmacological possibilities. However, finding them isn’t as easy as taking a proverbial magnifying glass to our genetic code – it requires massive amounts of comparative data in order to begin the deciphering process.

That’s where popular, personal genetic companies like Ancestry.com and 23andMe come in. While they commonly offer their genetic services in the pursuit of familial or ancestral knowledge, their databases of more than a hundred thousand compiled genetic profiles have also been a great place to root out some of our advantageously inheritable nucleic anomalies.

With the raw power of sheer data, one such mutation was located within the segment of DNA that codes for the protein serum/glucocorticoid-regulated kinase 1 (SGK1), also called serine/threonine-protein kinase. What made it interesting, though, was actually a completely different mutation at a completely different loci: in this case, roughly half of the 1 in 10,0000 patients with a G2019S mutation on an LRRK2 gene will develop Parkinson’s disease.When a given patient possessed both of these mutations, they had an uncharacteristically lower likelihood of developing Parkinson’s.

Further study prompted by this seemingly advantageous mutation has made the SGK1 protein known for it’s intermediation of the cells’ stress responses, inhibiting effects on certain neurodegenerative pathways, and has even been suggested to play a role in Major Depressive Disorder.

But it’s the critical placements of SGK1 in the regulation of cell proliferation and differentiation that has become the subject of extensive drug development research, all seeking ways to target the protein in cancer treatments. The exact mechanisms of SGK1 vary from one type of cancer to the next, but they do share a commonality: its gene is up-regulated and its protein over-expressed in several tumors, such as prostate cancer, colorectal carcinoma, breast cancer, endometrial cancer and glioblastoma, a cancer of the brain and spinal cord.

While no therapeutics that take advantage of SGK1-inhibition have progressed to clinical trials, the artificial regulation of SGK1 expression by various pharmacological compounds demonstrated efficacy against different types of tumors in vitro, thereby laying the groundwork for further therapeutic development.

For example, a compound termed ZINC00319000 was suggested to stabilize the structure of SGK1 with prospective applications as a molecular scaffold for therapeutic development. Another, QGY-5-114-A, was shown to significantly inhibit the proliferation and migration of colorectal cancer cells in vitro and in vivo, with xenograft mouse models demonstrating a near 50% decrease in tumor volume and a 10-15% decrease in cancer cell migration. The future may be slow in approaching, but the progress of SGK1-inhibiting cancer therapies certainly seems to be on track and chugging along to an optimistic beat.

Obviously, commercial genome databases are far from a researcher’s only resource – they can even make their own! The LonGenity Project, spearheaded in 2006 by Dr. Nir Barzilai, M.D. of the Albert Einstein College of Medicine in New York City, aims to evaluate healthy centenarians for common genetic patterns that may either confer or discourage longevity.

Specifically, the researchers chose to examine the Ashkenazi Jewish population due to the ‘founder effect’ produced by their persecution and diaspora. While the exact size of the original ‘founder population’ is unknown, the result remains a comparatively homogenous genome, with earlier studies identifying and tracing the matrilineal heritage of four unique mitochondrial DNA signatures back to their original progenitrices.

By genotyping over 500 members of the Ashkenazi Jewish population over the age of 95 and approximately 700 of their offspring, the LonGenity team identified a most curious inheritable idiosyncrasy: the deletion within ADIPOQ, the gene which codes for the adipokine protein adiponectin.

Normally, this hormone is primarily manufactured by fat storage cells in many places around the body and gets itself involved with a number of metabolic pathways, but it is of primary importance to the regulation of glucose uptake. Obese patients were recorded to have notably low levels of adiponectin in their bloodstream, while cohorts with relatively high amounts of adiponectin expression also displayed a lower risk of developing a diabetic disorder.

Research into these observations has uncovered two distinct, positive correlations: First, that low adiponectin levels can help indicate increased insulin resistance in a patient, which can often prelude the development of diabetes even in patients that may not suffer from obesity; and second, that the development of obesity can directly impact adiponectin levels, thereby illuminating one pathway by which obesity can precipitate diabetes. Adiponectin also has a marked role as a natural anti-inflammatory of the cardiovascular system and general deterrent of atherosclerosis, as well as neurogenerative and neuroprotective properties.

However, a deletion at the 2,019th base pair was found to be heavily represented within the especially long-lived population of Ashkenazi Jews. Along with the suspicion that this increased the potency of its anti-inflammatory properties, this peculiar mutation also coincided with higher levels of adiponectin overall. While the finer details of this relationship are still in the process of being characterized, it established the beginnings of a molecular link between longevity, obesity, cardiovascular disease and the development of diabetic and neurodegenerative disorders – making it an extremely attractive therapeutic target.

Currently approved drugs based on this include thiazolidinediones such as the insulin-sensitizer rosiglitazone, perhaps more familiar as GlaxoSmithKline’s Avandia; and its sibling pioglitazone, developed by Takeda and marketed under the name Actos. They function as oral hypoglycemics for the treatment of type 2 diabetes, lowering the patient’s blood sugar by activating the proliferator-activated receptor gamma (PPARγ) to increase the expression of adiponectin and thereby the patient’s insulin sensitivity. However, the use of both pharmaceuticals has been complicated by side effects such as an increased risk of heart attack and higher incidences of bone fractures.

Other approaches focus on molecules, such as the tobacco protein osmotin, that possess structural and utile characteristics homologous to those of adiponectin. By styling itself as a stand-in, this adiponectin lookalike has the potential to be used as a preventative treatment for low adiponectin levels and a subsequently increased risk of metabolic disease. Osmotin-inspired treatments have yet to hit the proverbial shelf, but with the dogged efforts of researchers to take advantage of this particular little protein for the benefit of human health and longevity, it’s certainly only a matter of time.