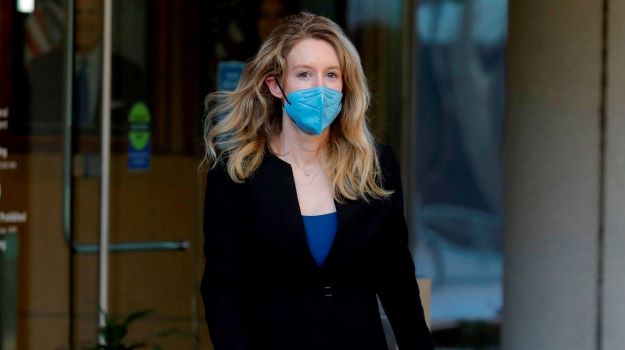 Elizabeth Holmes blames the allegations of investor fraud perpetrated by her blood-testing company Theranos at the feet of her former business partner Ramesh “Sunny” Balwani, who served as president and chief operations officer of her company.

During continued testimony this week in her fraud trial, Holmes disclosed that one of the reasons she departed Stanford University at the age of 19 to launch Theranos was that she had been raped. According to CNN, Holmes described the relationship she entered into with Balwani as “controlling and abusive.” She testified that Balwani coached and controlled her. She said he would criticize the tone in her voice during meetings or tell her she was acting too feminine or acting like a “little girl.”

“He told me that I didn’t know what I was doing in business, that my convictions were wrong, that he was astonished at my mediocrity,” Holmes said according to the report. Holmes would then add that Balwani told her that “I needed to kill the person I was” to become successful.

Holmes, the founder of Theranos, and Balwani have been charged with multiple counts of fraud.

She testified that Balwani groomed her management skills, letting her write daily goals and only focus on things that would make her successful. She testified that Balwani, a former software executive 20 years her senior, “taught me everything I know about business.” Holmes said she thought he was “the best business person” she knew and didn’t question what he would tell her.

That opinion would later change in 2015 after the company’s labs failed to meet federal guidelines and caused the company to invalidate two years’ worth of data. Until that point, she had been led to believe by Balwani that Theranos had some of the best labs in the industry. Holmes was later banned from running laboratories for two years following that incident.

Holmes would also testify that Balwani would force her to engage in sexual activities after arguments to prove that he loved her.

Her testimony is intended to paint a picture about her state of mind while she ran Theranos, which at one time achieved a valuation of about $9 billion based on promises of the company’s blood-testing technology it could never deliver. Throughout her multiple days of testimony, Holmes has attempted to highlight the successes of Theranos, while placing the blame related to errors in the technology on technicians and subordinates that her defense team has tried to describe as incompetent. As CNN’s legal analysts have noted, the purpose of the argument is to show that Holmes was acting in good faith with the information she received from her team and then presented that to investors. The defense is attempting to show that Holmes did not intend to defraud investors, which is at the heart of what the prosecution must demonstrate.

Both Holmes and Balwani have been charged with what the U.S. Securities and Exchange Commission described as “massive” fraud. Balwani is being tried separately. Like Holmes, he has pleaded not guilty to the charges. His trial is set to begin next year.

The prosecution is expected to begin the cross-examination of Holmes today.