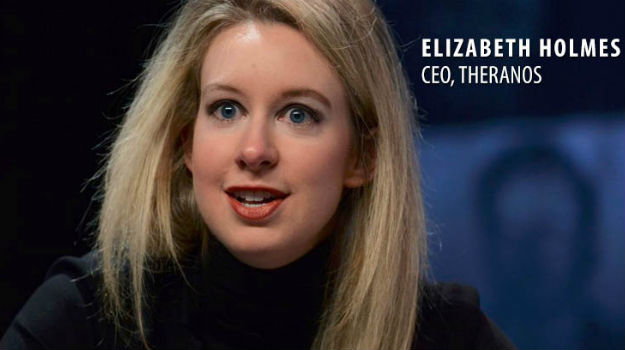 Elizabeth Holmes, the founder of embattled biotech Theranos, Inc., and former company president Sunny Balwani have been charged with massive fraud by the U.S. Securities and Exchange Commission.

From 2013 to 2015 Holmes and Balwani raised more than $700 million from investors through what the SEC called “years-long fraud” in which they exaggerated or lied about the efficacy of the company’s proprietary technology and the state of its finances. The company also made false claims about its relationship with the Department of Defense and its regulatory status with the U.S. Food and Drug Administration during that time period, according to the complaint.

In 2014 when the company was in its heyday and pulling in money from Silicon Valley investors it claimed its blood-testing products had been deployed with U.S. troops in Afghanistan as well as on medevac helicopters. The SEC also noted that Holmes and Balwani told investors that it would generate more than $100 million in revenue that year. None of that was true, the SEC said. The Theranos technology was never deployed by the Department of Defense and the company only earned a little more than $100,000 from operations in 2014.

The SEC complaint alleges that Holmes and Balwani made those false and misleading statements during investor presentations and product demonstrations. The company routinely promoted the capabilities of its blood-testing technology that it claimed would revolutionize the healthcare industry. The SEC said the company’s technology could only perform a small number of tests and the majority of patient tests it did conduct were done on “modified and industry-standard commercial analyzers manufactured by others.”

The SEC investigation makes it clear that Theranos, Holmes and Balwani were complicit in making the false claims in order to keep investor dollars filling the company coffers. Those investor dollars inflated the value of the company to an estimated $9 billion and made Holmes, a Stanford University dropout, the world’s youngest female billionaire (although her net worth is considerably less than that now by all accounts). Steven Peikin, who is co-director of the SEC’s enforcement division, said investors are entitled to “nothing less than complete truth and candor.”

“The Theranos story is an important lesson for Silicon Valley,” said Jina Choi, director of the SEC’s San Francisco Regional Office. “Innovators who seek to revolutionize and disrupt an industry must tell investors the truth about what their technology can do today, not just what they hope it might do someday.”

While the Theranos duo touted the technology it never produced any supporting evidence in peer-reviewed publications. The company relied on the personality of Holmes to push the false narrative about the technology.

However, the luster began to come off the Theranos status of Unicorn in 2015 following an investigation by the Wall Street Journal after a whistleblower, who turned out to be the grandson of a company director, reached out about his concerns. Cracks began to show in the company and other media outlets, including BioSpace, began to carefully examine the company and its claims. Those examinations led to multiple lawsuits filed against the company, as well as an investigation by the Centers for Medicare and Medicaid Services. Many of those lawsuits have now been settled.

Holmes agreed to pay a fine of $500,000 to the SEC and has stepped down from her role as CEO. Additionally, Holmes will also return approximately 18.9 million shares of stock and relinquish her super-voting equity rights. As part of the deal Holmes will also be barred from serving as a director or officer of a public company for 10 years, the SEC said.

“This package of remedies exemplifies our efforts to impose tailored and meaningful sanctions that directly address the unlawful behavior charged and best remedies the harm done to shareholders,” Stephanie Avakian, co-director of the SEC’s enforcement division said.

If the company is sold or liquidated Holmes will not be able to profit from her ownership of the company until more than $750 million is returned to investors, the SEC said.

As part of the settlement neither Holmes nor Theranos has admitted or denied any wrongdoing, the company said in a brief statement on its website.