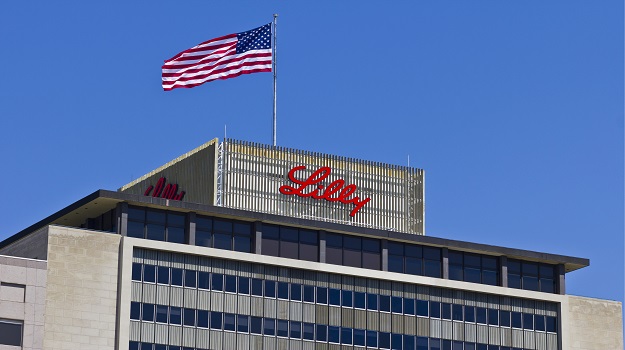 Not waiting for the start of the annual J.P. Morgan Healthcare Conference, Eli Lilly announced it will acquire California-based Dermira, Inc. in an all-cash deal for $1.1 billion. The acquisition will allow Eli Lilly to expand its immunology pipeline with a late-stage treatment for atopic dermatitis.

Lilly has its eyes set on two Dermira assets, lebrikizumab, a novel, investigational, monoclonal antibody designed to bind IL-13, which is believed to be a driver of signs and symptoms of atopic dermatitis. That therapy is currently in two Phase III trials for the treatment of moderate-to-severe atopic dermatitis in adolescent and adult patients, ages 12 years and older. Lebrikizumab was granted Fast Track designation from the U.S. Food and Drug Administration in December. In a Phase IIb trial, Lebrikizumab demonstrated dose-dependent improvements across endpoints spanning the range of atopic dermatitis signs and symptoms, including skin lesions and pruritus, when administered once every two or four weeks.

"People suffering from moderate-to-severe atopic dermatitis have significant unmet treatment needs, and we are excited about the potential that lebrikizumab has to help these patients," Patrik Jonsson, president of Lilly Bio-Medicines said in a statement.

In addition to lebrikizumab, Eli Lilly will gain Qbrexza (glycopyrronium) cloth, a medicated cloth approved by the FDA for the topical treatment of primary axillary hyperhidrosis (uncontrolled excessive underarm sweating).

Jonsson said the acquisition of Dermira strengthens Lilly’s pipelines and is in line with the company’s strategy to bolster is internal research through the acquisition of clinical phase assets in its core therapeutic areas. Additionally, Jonsson said the deal will leverage the company’s development expertise and commercial infrastructure to bring new medicines to patients.

“This acquisition provides an opportunity to add a promising Phase 3 immunology compound for atopic dermatitis, while also adding an approved dermatology treatment for primary axillary hyperhidrosis. We look forward to completing the acquisition and continuing Dermira's excellent work,” Jonsson said.

Tom Wiggins, chairman and chief executive officer of Dermira, said the company has, since its inception, been focused on finding new ways to treat some of the most common skin conditions that people deal with. He said the company is excited that Eli Lilly has seen the progress made by the company, particularly with lebrikizumab and Qbrexza.

“We share with Lilly a common interest in helping patients through the development of innovative treatments and believe that patients and physicians will benefit from the resources that Lilly can bring to maximize the potential of our programs. We also believe this proposed transaction is in the best interests of Dermira and our stockholders and affirms the dedication and important groundwork established by Dermira's talented employees since the founding of the company nearly 10 years ago,” he said in a statement.

Under terms of the deal, Eli Lilly will acquire Dermira for $18.75 per share, or about $1.1 billion. The company’s stock closed at $18.34 on Thursday and has jumped to $19.15 in premarket trading. The deal is expected to close by the end of the first quarter of this year. Lilly said it will provide an update to its 2020 financial guidance as part of its full-year 2019 financial results, which will be announced at the end of this month.