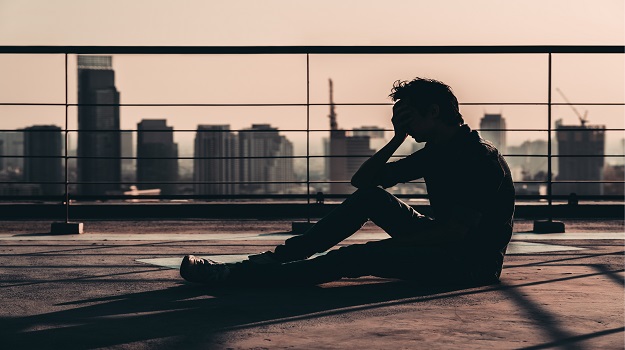 According to the Anxiety and Depression Association of America, major depressive disorder (MDD), the most common form of depression, affects 18.1 million people in the U.S., or 6.7 percent of the population 18 years or older. The most common form of treatment is SSRIs or SNRIs, which increase serotonin levels in the brain. But they don’t work for everyone and there is some debate about how well they actually work.

One of the drugs being discussed this week by a U.S. Food and Drug Administration (FDA) advisory committee is Waltham, Mass.-based Alkermes’ ALKS-5461. The drug itself has some controversy. It uses an opioid drug, buprenorphine, which is used to treat opioid addiction, and samidorphan, to counteract buprenorphine’s addictive properties. Just having an opioid in the mix is controversy enough given the current opioid crisis in the U.S. It’s not completely proven that samidorphan controls buprenorphine as well as claimed, and one topic of discussion will likely be ALKS-5461’s potential for abuse.

There are other problems, much related to study design. Of four placebo-controlled clinical trials, one Phase II and three Phase III, Alkermes used a sequential parallel comparison design (SPCD) that the FDA hasn’t evaluated before.

Only one of the three Phase III trials hit its primary endpoints, and it did so because the company measured patients’ depression symptoms over multiple weeks and averaged them. In the two Phase III trials that failed, Alkermes chose data from one week and measured it against a baseline they set at the beginning of the trial.

Ben Fidler, writing for Xconomy, notes, “The mixed results for ALKS-5461 aren’t surprising: Placebo-controlled studies of depression drugs (and other treatments for psychiatric disorders) are notoriously challenging and often fail due to placebo effects that can confound the results. Alkermes used the SPCD protocol to try to wash out the placebo effect, but still saw it crop up.”

Another controversial drug being used to treat depression is ketamine. Ketamine is an animal tranquilizer and street “party” drug that is sometimes dubbed Special K. Clinics are cropping up around the country that use ketamine to treat depression. In October, STAT covered these clinics, citing the Kalypso Wellness Centers in San Antonio, Texas, which offer five “proprietary blends” of ketamine at $495 per infusion. They are not covered by insurance, but Kalypso offers a monthly membership program and offers discounts for military staffers and first responders.

Jeffrey Lieberman, psychiatrist-in-chief of Columbia University Medical Center, told STAT that patients are “getting treatments they may not need or that don’t work, or they’re getting more than they needed.” He’s not completely opposed to ketamine as a depression treatment if other therapies don’t work. “This is not snake oil,” he said. “It’s not something that has to be stamped out. It’s something that has to be reined in.”

In the late 1980s and early 1990s, ketamine was seen as a possible treatment for depression. It was found that glutamate, a brain chemical messenger, likely plays a role in depression. Drugs that target the glutamate pathway had the potential to work as antidepressants, including ketamine.

Compared to SSRIs, such as Prozac or Zoloft, which can take up to a month to work, ketamine acts almost immediately, but the relief is temporary. Jennifer Vande Voort, a psychiatrist at Mayo Clinic, told AP, “We don’t have a lot of things that provide that kind of effect. What I worry about is that it gets to hyped up.”

And like Alkermes’ drug that contains buprenorphine, ketamine is already a drug of abuse.

“We are pleased with the robustness of the data from our Phase II CLARITY trial, which shows significant promise for patients with MDD, including early and sustained antidepressant response over placebo, decreased daytime sleepiness, no meaningful weight gain, and improved sexual function,” stated Serge Stankovic, Acadia’s executive vice president, Head of Research & Development. “This is important because most people with MDD do not respond to initial antidepressant therapies and experience significant unwanted side effects. Pimavanserin is a selective serotonin inverse agonist, or SSIA, that shows great potential as an antidepressant. We look forward to engaging with the FDA and initiating a Phase III program in the first half of 2019.”