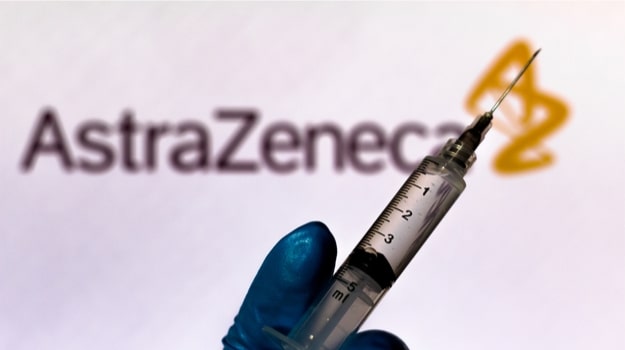 A study published today in The New England Journal of Medicine reported that the AstraZeneca-Oxford vaccine was not effective against the South African COVID-19 variant.

The study evaluated 1,467 patients in South Africa, and found that among the people receiving the vaccine, 19, or 2.5%, developed mild-to-moderate COVID-19 at least 14 days after receiving the second dose compared to 23 (3.2%) of people who received a placebo.

Of the 42 patients who became infected, 39 were from the B.1.351 South African variant, which the study projected as 10.9% effectiveness against the variant.

The researchers wrote, “The lack of efficacy against the B.1.351 variant should be considered in the context of the 75% efficacy…in preventing mild-to-moderate COVID-19 with onset at least 14 days after even a single dose of [the AstraZeneca] vaccine that was observed before the B.1.351 variant emerged in South Africa.”

In other news, France and Germany are two out of more than a dozen countries that suspended deployment of the AstraZeneca-Oxford University vaccine after reports of blood clots were reported. Per data received as of March 8, 17 million people in the European Union and United Kingdom have received the vaccine and there have been 15 cases of deep vein thrombosis and 22 cases of pulmonary embolism.

Incidences were first reported in Denmark and Norway, who halted distribution, followed by Germany, France and other countries. Germany’s Health Minister Jens Spahn admitted it was a “very low risk” but would be above average if it was actually linked to the vaccine.

On March 14, AstraZeneca issued a statement, noting “A careful review of all available safety data of more than 17 million people vaccinated in the European Union (EU) and U.K. with COVID-19 Vaccine AstraZeneca has shown no evidence of an increased risk of pulmonary embolism, deep vein thrombosis (DVT) or thrombocytopenia, in any defined age group, gender, batch or in any particular country.” In fact, the company pointed out, “This is much lower than would be expected to occur naturally in a general population of this size and is similar across other licensed COVID-19 vaccines.”

And the European Medicines Agency (EMA) reported there is “no indication” the vaccine causes blood clots, encouraging governments not to halt vaccine distribution when the disease is still killing thousands of people every day.

“We are still firmly convinced that the benefits of the AstraZeneca vaccine in preventing COVID-19 with its associated risk of hospitalization and death outweigh the risk of the side effects,” said Emer Cooke, head of EMA.

Sweden’s state epidemiologist Anders Tegnell said that they were uncertain if the risk actually existed, that it was likely rare, but the country’s authorities “have felt compelled to pause AstraZeneca’s vaccine” after receiving more reports of blood clots.

Europe has access to several other vaccines, but AP notes that it’s not an easy decision when COVID-19 has already killed more than half a million people and is surging again. For other countries, typically low-income and developing countries, the issue is a big problem, because many are depending primarily on the AstraZeneca-Oxford vaccine via a global initiative known as COVAX.

For example, Congo decided to delay, placing its entire vaccination campaign on hold before it began because it had not received any other vaccines except the AstraZeneca-Oxford vaccine. On the other hand, Somalia continued with its vaccination program, including its health minister receiving the shot publicly to demonstrate his confidence in its safety.

The AstraZeneca-Oxford vaccine has had a bit of a peculiar and troubled history. In April 2020, as vaccine efforts were just getting underway, AstraZeneca and the University of Oxford were leading the way. The Oxford group had been conducting vaccine studies on SARS-CoV-1, the coronavirus that causes SARS, in 2019 and made a quick pivot to working on SARS-CoV-2, the coronavirus that causes COVID-19.

In September 2020, the vaccine group paused their Phase III vaccine trial after a report that one of the patients receiving the vaccine developed symptoms similar to a serious spinal inflammatory disorder called transverse myelitis. The patient was a woman in the U.K., who recovered within about a week. The trial was paused globally, then began in every location except the U.S., where it was delayed for several weeks while the U.S. Food and Drug Administration (FDA) evaluated the available data. The AstraZeneca-Oxford vaccine trials are still not completed in the U.S. and it has not yet been submitted for Emergency Use Authorization (EUA) in the U.S.