AstraZeneca CEO: COVID-19 Vaccine Could Still Be Ready by End of 2020 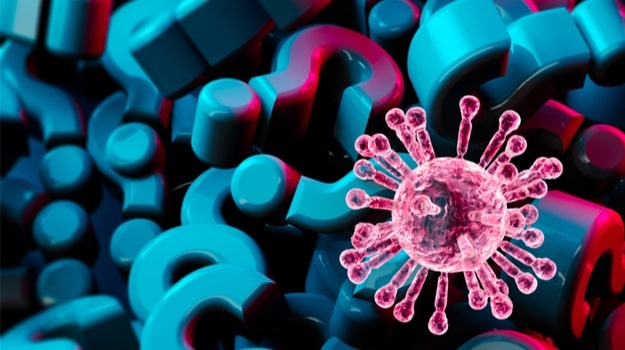 Despite a temporary pause on its COVID-19 vaccine trial, AstraZeneca Chief Executive Officer Pascal Soriot said the preventative drug could still be available for commercial use by the end of the year, or in early 2021 barring any other setback.

Soriot expressed confidence that the crucial timeline could still be maintained during an address at an event hosted by media group Tortoise, The Guardian reported.

“I still think we are on track for having a set of data that we would submit before the end of the year,” Soriot said.

This week, AstraZeneca paused its Phase III vaccine trial following a report that one of the patients dosed with the experimental drug developed symptoms similar to a serious spinal inflammatory disorder called transverse myelitis. The patient lives in the United Kingdom and was hospitalized due to the adverse event. She was expected to be discharged from the hospital this week, according to earlier reports. The Guardian said the patient will undergo additional tests that will determine whether or not the vaccine was the source of the development of transverse myelitis, or if that was caused by something else. Earlier this summer, Soriot disclosed this week that the study was halted when another patient fell ill. That patient was ultimately diagnosed with multiple sclerosis and it was determined the vaccine was not related to any symptoms.

It is not uncommon for trials, particularly large trials with tens of thousands of patients involved, to be halted so researchers can assess any potential safety concerns. The difference is the world is watching companies like AstraZeneca and those rapidly developing vaccine candidates against the novel coronavirus, which has infected more than 28 million people across the globe. Each of these companies is under the lens of public scrutiny as the world waits with bated breath for a vaccine.

“It’s very common, actually, and many experts will tell you this,” Soriot said regarding the halting of trials due to adverse events. “The difference with other vaccine trials is the whole world is not watching them. They stop, they study and they restart.”

Still, despite the pause of the vaccine study, Soriot remains confident in the company’s ability to complete the study. The question now is when the study will resume. That remains uncertain until the researchers come to their conclusion regarding the patient.

In a statement released publicly Wednesday, Soriot said the company is putting “science, safety and the interests of society” at the center of its work. He said the temporary pause to the late-stage study is “living proof” the company is following those principles while the Independent Data Monitoring Committee assesses the patient and the potential relationship between the vaccine candidate and the development of transverse myelitis.

“We will be guided by this committee as to when the trials could restart, so that we can continue our work at the earliest opportunity to provide this vaccine broadly, equitably and at no profit during this pandemic,” Soriot said in a statement.

AstraZeneca’s COVID-19 vaccine candidate AZD1222 is a viral vector-based, weakened version of adenovirus containing the genetic material of SARS-CoV-2 spike protein. It was co-developed with the Jenner Institute at Oxford University. In July, the company published positive Phase I data from its vaccine candidate that showed the preventative medication generated both neutralizing antibodies and immune T-cells that target the virus that causes COVID-19.