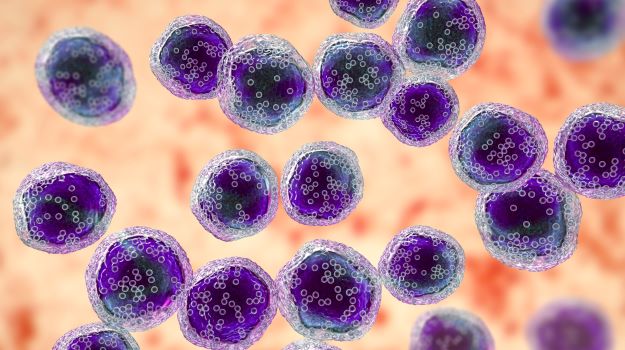 CRISPR Therapeutics provided updated data from its ongoing Phase I CARBON trial of CTX110, its allogeneic “off-the-shelf” CAR-T therapy for CD19+ B-cell cancers. The data is based on 26 of 30 patients who, as of August 26, 2021, a data cutoff date, had received the therapy with at least 28 days of follow-up.

In the study, patients were first given a standard lymphodepletion regimen of fludarabine and cyclophosphamide. After three days, they were infused with CTX110.

In the analysis, 48% of patients responded to the therapy, and 38% had a complete response, meaning no detectable signs of cancer.

In those therapies, they use the patient’s own white blood cells, which are removed from the patient, sent to a laboratory where they are modified to attack the patient’s cancer, then infused back into the patient. CRISPR Therapeutics is using donor cells, then uses its CRISPR gene-editing platform to modify the cells prior to infusing them into the patient. Potentially this “off-the-shelf” approach will be easier and faster, which would be less expensive for the company and the patients.

Despite the positive results, the company’s stock, after an initial 1.9% pop, dropped 5.5%. It had fallen over 11% last week. Yahoo! Finance noted on October 8 that “there doesn’t seem to be any business or operations-specific news that’s driving CRSP down, but rather investors are continuing to cash out of speculative and high-growth plays.” It may be that investors are jittery after a high-profile problem in the space by one of CRISPR’s competitors who is approaching CAR-T in a similar fashion.

Just last week, the FDA placed a clinical hold on an off-the-shelf therapy, Allogene Therapeutics’ AlloCAR T, after finding a chromosomal abnormality in a patient’s bone marrow. An investigation to characterize the chromosome abnormality and determine its clinical relevance and whether the therapy caused it is underway.

Allogene uses a different gene-editing technology, called TALENS, and a non-harmful lentivirus to deliver the therapy. CRISPR’s CTX110 uses, not surprisingly, CRISPR gene editing for both editing and drug delivery.

CRISPR Therapeutics’ CTX110 appeared to be well tolerated at all dose levels, with no Graft versus Host Disease cases and no infusion reactions. There was one case of Grade 3 or higher immune effector cell-associated neurotoxicity syndrome (ICANS), which occurred in a patient with concurrent HHV-6 encephalitis.

Based on this data, the company plans to expand into a possible registrational trial that uses consolidation dosing. It hopes to initiate the expansion in the first quarter of 2022. It also is working to advance the rest of its immuno-oncology portfolio and scale its manufacturing capabilities in its new manufacturing plant in Framingham, Mass.

“We are excited to share positive data from our CARBON trial, which show that CTX110 could offer patients with large B-cell lymphomas an immediately available ‘off-the-shelf’ therapy with efficacy similar to autologous CAR-T and a differentiated safety profile,” said Samarth Kulkarni, Chief Executive Officer of CRISPR Therapeutics. “Furthermore, we have the potential to improve upon already observed efficacy with a consolidation dosing strategy. Based on these encouraging results, we are planning to expand CARBON into a potentially registrational trial in the first quarter of 2022.”