COVID-19 By the Numbers: Nearly a Half Billion Global Cases and Counting 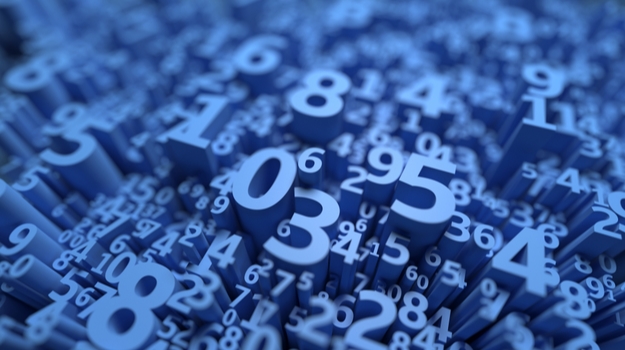 COVID-19 has killed more than six million people worldwide and almost one million in the U.S. alone. And the pandemic isn’t over yet. It is possible it’s on the downturn in the U.S., although there are still many questions about the second Omicron variant, BA.2., and how long immunity conferred by vaccines and previous infections will last. Read on for that and more updates about COVID-19.

COVID-19 By the Numbers

To date, the U.S. government had spent a whopping $3.63 trillion in response to COVID-19, according to USASPending.gov. The total budgetary resources hit $4.57 trillion across 44 agencies, including the Department of the Treasury, Small Business Administration, Department of Health and Human Services, Department of Homeland Security and many others.

Currently, the second variant of Omicron, BA.2, is the dominant strain in the U.S. Although the variant is responsible for surges in the U.K. and a few other countries, it doesn’t seem to be resulting in many new cases in the U.S., and hospitalizations and deaths are dropping. No one is completely certain why this is, and we don’t want to rule out spikes in the near future, but it's suspected that the level of vaccination in the country, as well as previous infections, are such that for the most part, the U.S. has reached some version of herd immunity.

It’s also possible that BA.2 isn’t as deadly, despite being more infectious than previous strains. It does look as if people who were infected by Omicron BA.1 have immunity against infection by BA.2. It’s also possible that, as the federal government cuts funding for testing and most testing is performed with in-home kits, the positive cases simply aren’t being reported, particularly if they’re asymptomatic or mild.

COVID-19 Surge Likely in the Fall

It would not be unexpected if the next couple of weeks demonstrates an increase in cases of COVID-19 in the U.S., likely a response to an uptick in travel and gathering over spring break and Easter vacations. Also, most states and communities have pulled back on mask mandates and restrictions for indoor gatherings. In addition, people who received their vaccines earlier may have waning immunity.

Dr. Anthony Fauci, MD, director of the National Institute of Allergy & Infectious Diseases (NIAID) and the White House chief medical advisor, told Bloomberg that he also expects that there will be a surge of some sort in the fall, probably around October, adding, “these are uncharted waters for us with this virus.” But other viruses, such as influenza, typically become more prevalent in the fall and winter, and he expects the same with COVID-19.

“I would think that we should expect that we are going to see some increase in cases as you get to the colder weather in the fall,” Fauci said. “That’s the reason why the [FDA] and their advisory committee are meeting right now to plan a strategy, and we [at the National Institutes of Health] are doing studies now to determine what the best boost would be.”

Three clinical trials that evaluated the antidepressant fluvoxamine suggest the drug decreases the risk of all-cause hospitalization in symptomatic COVID-19 adult outpatients. Fluvoxamine is a selective serotonin reuptake inhibitor (SSRI), which in addition to its anti-depressive properties, activates the sigma-1 receptor, which calms inflammation.

Researchers at McGill University in Montreal ran a systematic review and meta-analysis of three trials with 2,196 patients, pulling data from the World Health Organization (WHO) International Clinical Trials Registry Platform and ClinicalTrials.gov on three trials that recruited unvaccinated COVID-19 outpatients with symptoms who tested positive within seven days of diagnosis but did not require supplemental oxygen. Earlier studies of the drug in COVID-19 patients had mixed results, with the Infectious Diseases Society of America (IDSA) recently recommending against its use in COVID-19 outpatients, except in clinical trials.

When Should You Get a 4th Booster?

Assuming you already have received your full vaccination against COVID-19 (two shots with either Moderna or Pfizer-BioNTech vaccines and a single shot of the Johnson & Johnson), and then received a single booster shot, the FDA and CDC have authorized the fourth shot for people 50 years of age and older. Should you get it? And when?

The fourth shot has been authorized for the Pfizer-BioNTech and Moderna vaccines. If you are 50 and older and have received the previous three shots, you can get a second booster at least four months after the first booster. If you’ve received two shots of the J&J vaccine, you’re eligible for one of the mRNA vaccine shots four months after your last shot.

It’s not clear if everyone will need a fourth shot, or even if annual shots will be necessary. Dr. Leana Wen, an emergency physician and professor of health policy and management at the George Washington University Milken Institute School of Public Health told CNN, “We don’t know how long the immune protection from the vaccine and first booster will last. There is a lot of evidence that the first booster is very important.”