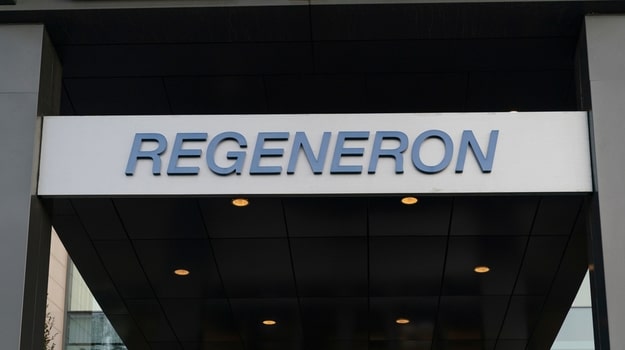 REGEN-COV, composed of casirivimab and imdevimab, is being proposed as a treatment for non-hospitalized COVID-19 patients and as prophylaxis for asymptomatic persons living with and who have been in contact with those infected with SARS-CoV-2. The FDA and Regeneron are reportedly in talks to set up an advisory committee meeting to discuss the BLA ahead of the target action date.

Confidence in the BLA is based on positive results from two Phase III trials on over 6,000 patients to assess the safety and efficacy of REGEN-COV for both mentioned groups. Regeneron is said to also be preparing for a second BLA submission late this year. This will focus on using the drug to treat patients who had been admitted due to COVID-19.

REGEN-COV is a cocktail of two monoclonal antibodies that work to block the infectivity of SARS-CoV-2 through Regeneron's proprietary VelocImmune and VelociSuite technologies. VelocImmune uses a genetically engineered mouse platform that has been given a genetically humanized immune system to produce optimized and fully human antibodies. The technology has been used to create about 25% of Regeneron's FDA-approved fully human monoclonal antibodies.

REGEN-COV has not been approved in the U.S. to treat SARS-CoV-2 infections but has an emergency use authorization (EUA) for patients aged 12 years and older, diagnosed with mild to moderate COVID-19, and are at a high risk of serious illness after being exposed to a non-hospitalized person who is infected. The EUA also extends to certain prophylaxis settings in the same age group after exposure. The drug is accessible to specific people under a U.S. government-funded program. Regeneron has also signed a deal to supply 1.4 million more 1,200 mg REGEN-COV doses by January.

The company is also waiting on results of its application for marketing authorization for Ronapreve, an antibody cocktail that's the same as REGEN-COV co-developed by Roche and Regeneron as a treatment for patients aged 12 years and up who don't require supplemental oxygen therapy and are at risk for severe consequences and as prevention. The European Medicines Agency (EMA) is expected to release a decision in two months. Should the evaluation process move without hitches, the EMA will liaise with the European Commission to give marketing authorization for the entire E.U. and E.E.A. Member States.

It is also notable that the REGEN-COV antibody cocktail has either emergency or temporary pandemic authorizations in more than 40 countries, including the E.U., Canada, India, and Switzerland. It also is conditionally approved in the U.K. and fully approved in Japan. Regeneron is reportedly in talks with Roche for another collaboration agreement that will boost the drug's global supply, particularly to low- and lower-middle-income countries via donations and partnerships with public health groups.