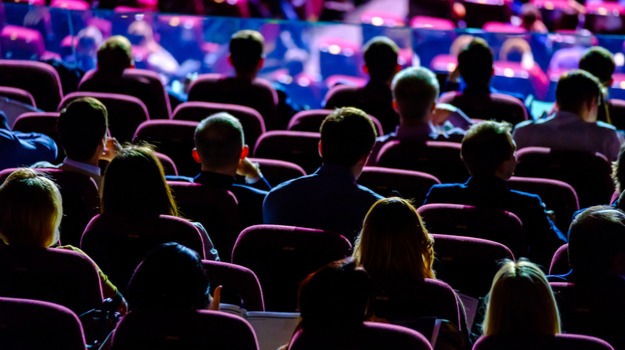 The 12th Clinical Trials on Alzheimer’s Disease (CTAD) conference is being held in San Diego from December 4-7. Researchers from around the world are coming to present scientific research and clinical trial data for the disease.

Rebecca Edelmayer, director of Scientific Engagement for the Alzheimer’s Association, spoke with BioSpace ahead of the meeting to give us an idea of just a few of the studies expected and topics to look for.

“I’m pretty excited about the meeting,” Edelmayer said. “There are a lot of interesting studies that are going to be reported on. Overall, it’s an exciting time for the field.”

One of the big stories, which will be presented on Thursday, December 5, is detailed results from Biogen’s Phase III clinical trials of aducanumab. In March, Biogen and its collaboration partner, Tokyo-based Eisai, announced they were discontinuing the global Phase III trials, ENGAGE and EMERGE, of aducanumab in patients with mild cognitive impairment from Alzheimer’s, as well as the EVOLVE Phase II trial and the long-term extension PRIME Phase Ib trial. An independent data monitoring committee indicated the trials were unlikely to hit their primary endpoints.

You can expect journalists, analysts, investors and researchers to be paying close attention to the details of the trial data.

Potentially related, also on Thursday, December 5, Biogen and Eisai are presenting results from its Alzheimer’s trials of BAN2401. Edelmayer said, “In theory, they’re going to be presenting some data on the persistence of amyloid reduction.”

Which is to say, after patients were given the drug and it decreased the presence of amyloid in the brain, how long did it stay away. “I think that could give us an understanding of how these therapies work and provide some valuable data for the field and for other companies developing clinical trials and insights into endpoints and trial designs,” Edelmayer said.

Another study Edelmayer is interested in, which will be presented on Wednesday, December 4 at 5:00 PM PT, is SPRINT-MIND. This study looked at the increased risk for mild cognitive impairment and dementia from cardiovascular disease (without diabetes), such as high blood pressure. She is also expecting other studies to focus on “multi-component approaches to lifestyle modification.”

She’s interested in a presentation by Laura Baker, associate professor of Gerontology and Geriatric Medicine at Wake Forest School of Medicine, who is a keynote speaker whose talk is, “Next generation of multidomain lifestyle clinical trials: Design and implementation for proof of scientific concept and pragmatic sustainability.”

Edelmayer said, “This is something the Alzheimer’s Association is leading—better management of nutrition, exercise, social and cognitive stimulation, as well as overall cardiovascular health factors, to see if that can decrease risk and cognitive decline in people at risk for dementia, but who are still cognitively healthy.”

Another interesting case will be ACADIA Pharmaceuticals’ late-breaking oral presentation on Wednesday, December 4, at 5:45 PM PT, on its Phase III HARMONY trial of pimavanserin in dementia-related psychosis. The company had announced the trial met its primary endpoint on September 9, showing a highly statistically significant longer time to relapse of psychosis compared to placebo.

Edelmayer notes several things that are both satisfying and exciting about the meeting this year. One is simply the diversity of approaches. For several decades, the focus has primarily been on the amyloid theory of Alzheimer’s. Failure after failure has shifted some of the focus to other areas—despite the interest in Biogen’s and Eisai’s study results.

“What we’re really seeing in the field right now,” Edelmayer said, “is a diversification of ideas across the board, not just a focus on amyloid. We’ve really seen over the last four or five years, an increased investment in the Alzheimer’s and dementia field that is now finally coming to fruition—we’re seeing new ideas that are actually making their ways through clinical trials.”

Tau, of course, which is another protein that accumulates in the brains of Alzheimer’s patients, but also various immune system aspects, including glial cells and astrocytes, and targeting specific brain cells.

“We’re seeing emerging ideas that are focused on the gut-brain-liver axis, and what can we learn that’s happening in the periphery that can impact our brains as we age,” Edelmayer said. “There are a lot of chicken-egg aspects, but it’s an emerging area on how it affects inflammation. I think the broader focus in the field has been incredibly helpful.”

“But,” she goes on to say, “it’s driven by this urgent need to provide a better supply of treatments for individuals living with neurodegenerative disease and an investment of time and resources into the space.”

Edelmayer notes that this is one of the things she expects to see at the meeting, that will sort of underline all of the research data. “One of the things to keep in mind as we look across the field is the idea that we are trying to see things that are going to have a clinically meaningful impact for patients, their caregivers and families. This should be at the forefront of how we conduct drug discovery and clinical trial design and lifestyle interventions—what would be the most beneficial to patients and families in developing clinical trials with endpoints that will drive the types of interventions to be approved in the future.”