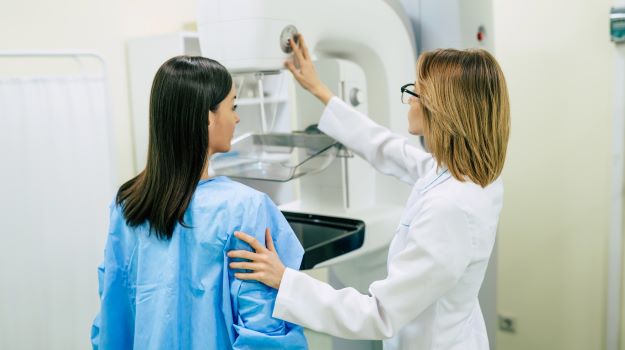 Nestled in her new documentary, legendary musician Sheryl Crow revealed that she nearly skipped the mammogram that later led to her diagnosis of stage one ductal carcinoma in situ (DCIS), a form of breast cancer. The near-miss which could have led to her death has fueled her passion for spreading breast cancer awareness.

The U.S. Department of Health and Human Services recommends that women over the age of 40 should have a mammogram every year to screen for cancer as early detection is key in treatment. However, according to the National Center for Health Statistics, in 2018, only 66.7% of women over the age of 40 reported getting a mammogram in the past two years, putting an estimated 33.3% of women at risk of not knowing if they have a form of breast cancer.

Crow could have been among that 33.3% had she not undergone her mammogram in the early 2000s. For some people, it can be easy to dismiss the procedure due to no family history and being healthy, like Crow. Now, Crow advocates for women to be screened for breast cancers and has partnered with Genius 3D mammography to offer 3D mammograms, a technology that is effective at detecting cancers in people with dense breasts.

Although tragic, deaths from breast cancer can also help to promote awareness of the devastating disease. Soap opera star Marnie Schulenberg passed away on Wednesday at the age of 37 from breast cancer. She was diagnosed with stage four breast cancer on the eve of her 36th birthday, bringing awareness to the diagnosis through Instagram posts.

Participation in clinical trials is extremely important so that individuals can take advantage of the new therapeutics in development. On Thursday, Radius Health announced that its oncologic elacestrant met its primary endpoint of progression-free survival in Phase III trials for patients with ER-positive/HER2 negative breast cancer. At 12 months, patients who were treated had progression-free survival rates of 22.3% versus 9.4% of those treated with the current standard of care. Elacestrant also significantly reduced the risk of disease progression or death by 30% in all patients.

However, men also need to participate in clinical trials for breast cancer and biopharmaceutical companies should include men in trials. Although breast cancer is less common in men, new research has found that invasive breast cancer risk in men may be linked to self-reported infertility. Additionally, some studies have found that men have higher death rates than women across all stages of breast cancer, possibly due to late diagnosis.