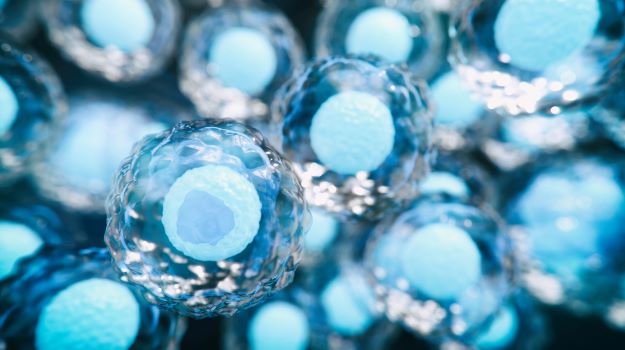 Scientists at Gladstone Institutes have discovered a molecular mechanism that can manipulate random fluctuations, or "noise," when stem cells transform into different other cells in the body.

The discordant transcription through repair (DiTHR) pathway appeared to amplify the noise in gene expression in stem cells, thus increasing their ability to differentiate more efficiently.

The discovery, which specifically involves the DNA-repair protein Apex1, is significant because it shows the molecules' ability to switch expression between active and inactive states without affecting the average level of gene expression. This, in turn, could boost the efficiency of drugs designed to treat various types of illness.

In this study, Gladstone scientists worked on how to alter HIV's ability to persist in a long-lived latent state in patients. They found that altering viral expression noise also reduced HIV persistence.

"It was pretty startling when these same molecules worked in stem cells, and trying to understand how these molecules work turned into a search for fundamental biological mechanism," said Leor Weinberger, Ph.D., director of the Center for Cell Circuitry at Gladstone, in a statement.

Dr. Weinberger had been conducting HIV research for the past years when they made this discovery. He shared that his team was unsure if the noise-enhancing molecules could boost noise without changing gene expression levels, so they tried on a whim to test what would happen if they were to be applied to embryonic stem cells that did not have HIV. They found that the molecules had the same effect on the stem cells as they did on HIV.

"We found that Apex1 directly alters the shape of the DNA double helix in a way that first impedes and then accelerates gene expression. Our findings suggest that the DiThR pathway makes cells more responsive to the signals that guide their fate. That means this mechanism may play a fundamental biological role in the development of embryos," added Ravi Desai, an M.D./Ph.D. student in the UCSF Medical Scientist Training Program in Dr. Weinberger's team.

The noise-enhancing molecules mentioned are naturally found in stem cells, but the big question among the researchers was finding out how this new discovery would affect the transformation process itself. Tests conducted on mouse embryonic stem cells confirmed that stem cells were able to differentiate more efficiently as the "noise" was amplified, largely similar to how a Bunsen burner works. More interestingly, the mechanism also behaved the same way in reverse, showing that a differentiated cell can revert to its pluripotent status.

The research is ongoing. The team said that their goal now is to understand how DiThR is regulated and if there are other associated noise pathways that exist. Finding and harnessing such pathways could very well pave the way to the discovery and creation of effective cellular engineering and stem cell-based therapies.

The study, titled "A DNA-Repair Pathway Controls Transcriptional Noise to Promote CEll-Fate 1 Transitions," was published on July 22, 2021, in the journal Science.