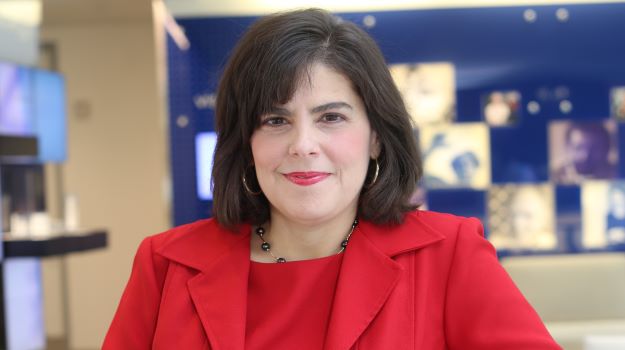 BrainStorm Cell Therapeutics’ NurOwn has not traveled the smoothest path, but the amyotrophic lateral sclerosis (ALS) hopeful will soon be on its way to the FDA for review.

In what has been a long time coming, Tel Aviv and New York-based BrainStorm announced Monday that it would submit a Biologics License Application (BLA) to the FDA for NurOwn as a potential treatment for ALS. Simultaneously, BrainStorm announced corrected analyses it says strengthen its original conclusions.

In February 2021, the FDA shot the company down, saying that high-level data from the Phase III trial was not sufficient to support a BLA. BrainStorm has spent the last year and a half consulting with the regulator and the ALS research community and further analyzing the data. The company now appears to be confident going forward.

Contributing to this assurance is an update to the December publication of Phase III trial results in the journal Muscle and Nerve. The correction results in a statistically significant treatment difference of 2 points in a key secondary endpoint, average change from baseline on the ALSFRS-R scale. This is the validated measure of disease progression in ALS where a top score of 48 equates to a healthy, fully functional individual. Ultimately, the correction brings all subgroups with ALSFRS-R baseline scores of at least 26 to 35 to a place of statistical significance following treatment with NurOwn, the company said.

Stacy Lindborg,  Ph.D., EVP and chief development officer at BrainStorm told BioSpace that the update "really brings a consistency across data and endpoints that…we feel reinforces the strength of this decision. At the end of the day, we believe it is absolutely the right thing to do.”

The analyses reported in the original publication used an efficacy model that unintentionally deviated from the trial’s pre-specified statistical analysis plan, incorporating interaction terms between the subgroup and treatment, BrainStorm said in a press release. The newly published results reflect the correction of this error.

What the Correction Means

Originally, BrainStorm reported that the Phase III ALS trial hit the primary treatment response endpoint with 34.7% of patients achieving an improvement of 1.5 points per month, but the placebo response of 27.7% exceeded those of others observed in contemporary ALS trials. However, in a subgroup of patients with early-stage disease (based on a baseline ALSFRS-R score of 35), NurOwn shined, demonstrating a meaningful response across all primary and secondary endpoints.

Notably, Lindborg said that BrainStorm enrolled a higher number of participants with late-stage ALS than any other late-phase trial. She explained that the strong clinical effect already published has now been confirmed across a broader set of trial participants.

“We can see that now, from above 26 [points] all the way through the pre-specified subgroup population of 35…there's a statistically significant difference with less disease progression in NurOwn participants,” Lindborg shared.

Dr. Merit Cudkowicz, M.D., chief of the department of neurology at Massachusetts General Hospital and an investigator on the Phase III trial also commented on the meaning of the correction.

The ALS patient community has been clamoring for NurOwn’s approval since the FDA’s recommendation against submission of a BLA. When Biogen’s Aduhelm was approved as the first new Alzheimer’s treatment in 18 years with highly questioned efficacy, ALS advocates reacted. Nicole Cimbura, whose husband succumbed to the disease, told BioSpace in a previous interview that the FDA needed to show similar regulatory flexibility to ALS drug candidates like NurOwn and Amylyx Pharmaceuticals’ AMX0035.

There are currently two drugs indicated for the management of ALS. Riluzole, approved by the FDA in 1995, is believed to reduce damage to motor neurons through an inhibitory effect on glutamate release. In 2017, Mitsubishi Tanabe’s Radicava (edaravone) received the FDA’s blessing. Radicava is thought to act as a neuroprotective agent that prevents oxidative stress damage.

Amylyx is gunning to bring the next approved drug to the U.S. market. The company received its first approval for AMX0035 in June when Health Canada signed off on the drug, now known in that country as Albrioza. In March, the FDA’s Peripheral and Central Nervous System Drugs Advisory Committee voted 6-4 that the Phase II study was not enough to establish a conclusion that AMX0035 was an effective treatment for ALS. The drug initially had a PDUFA date in June, but the FDA extended the date to September 29 to allow time to review additional data.

NurOwn is a platform comprised of autologous mesenchymal stem cells (MSCs) and neurotrophic factors (NTFs). The MSC-NTF cells are used to deliver multiple NTFs as well as immunomodulatory cytokines to sites of damage with the intention of slowing or stabilizing disease progression.

ALS is a rapidly progressing neurodegenerative disease that typically kills its victims within 2 to 5 years from the time of diagnosis. Two points or more preserved on the ALSFRS-R scale in a 28-week period is “a clinically very important difference,” Lindborg said.

When Phase III trial participant Phil Green began treatment with NurOwn in May 2019, his ALSFRS-R score was 33. It remained there through three stem cell transplants until March 2020, seven months following the last treatment. When Green spoke with BioSpace in May 2021, his score had fallen to 27. He spoke about the importance of those points.

“What if I would have continued with NurOwn? Would I still be at 33 today? The difference in those six points is me being able to get up and down stairs and walk without any assistance. I have not been upstairs in my house in almost a year,” he said.

BrainStorm will now await the FDA’s acceptance of the BLA and a designated date for review. The filing is “the culmination effectively of 15 years of research and clinical development," Lindborg said. "We think we have a very strong clinical data package that is supporting the effectiveness and safety of NurOwn.”