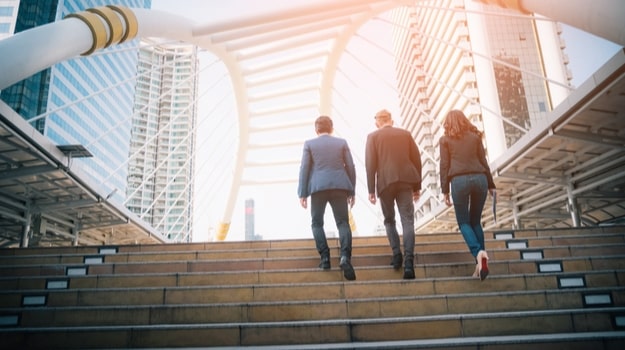 BeyondSpring – BeyondSpring Inc. formed a Partnership Advisory Committee comprised of former multi-national pharmaceutical veterans and industry leaders. The committee is tasked with supporting BeyondSpring’s business development activities related to its lead asset, Plinabulin, and other pipeline assets. Mukul Agarwal, former vice president of Corporate Development, at Forty Seven, Inc., and Daniel Zabrowski, former Global Head of Pharma Partnering at Roche and current BeyondSpring Board member, have been appointed as initial members of the committee. The Company expects to name additional members over time.

Axovant – Kristin Vuori was named to the board of directors at Axovant Gene Therapies Ltd. Vuori is a professor at the Sanford Burnham Prebys Medical Discovery Institute, where she also serves as President and member of the board of directors. Additionally, Parag V. Meswani was promoted from senior vice president of Commercial Strategy and Operations to chief commercial officer. Meswani served in various commercial and medical affairs leadership roles at Novartis, Pharmacia, Biogen, and most recently, Spark Therapeutics. At Spark, he served as head of U.S. marketing and diagnostics.

F4 Pharma -- In order to help F4 Pharma advance its COVID-19 asset FX06 and to provide strategic guidance, F4 Pharma has appointed a scientific advisory board consisting of clinicians and scientists. The scientific advisory board is led by Kai Zacharowski, director of the Department of Anesthesiology, Intensive Care Medicine & Pain Therapy at the University Hospital Frankfurt, and is currently president of the European Society of Anesthesiology. Other members include Nicolas Bréchot; Seiji Kojima; Patrick Meybohm; Peter Petzelbauer; and Roman Ullrich.

Inozyme Pharma – Yves Sabbagh was named chief scientific officer of Inozyme Pharma. Sabbagh will replace David Thompson who is retiring. Sabbagh will be responsible for expanding Inozyme’s proprietary pipeline by identifying and developing new therapeutics for monogenic and non-genetic diseases of abnormal mineralization. Prior to joining Inozyme, Sabbagh served as the head of rare renal and musculoskeletal diseases research at Sanofi. Before that, he held scientific roles of increasing responsibility at Sanofi and Genzyme Corporation spanning endocrine, renal and rare bone diseases including driving the strategy for bone indications. Prior to his corporate experience, he was an instructor at the Harvard Medical School in the Endocrine unit.

NeuBase Therapeutics – Peter Nielsen was appointed to the scientific advisory board of NeuBase Therapeutics. Nielsen, the primary inventor of peptide nucleic acid (PNA) technology, brings extensive experience in genetic medicine to the company. He is currently a professor at the University of Copenhagen where his lab focuses on PNAs in regard to drug discovery, gene targeting, antisense principles, cellular and in vivo delivery and administration of biopharmaceuticals.

NeuBase Therapeutics – Peter Nielsen was appointed to the scientific advisory board of NeuBase. Nielsen is currently a professor at the University of Copenhagen where his lab focuses on PNAs in regard to drug discovery, gene targeting, antisense principles, cellular and in vivo delivery and administration of biopharmaceuticals.

Genalyte – Ashraf Hanna was named chief executive officer of Genalyte, a diagnostics and analytics company. Hanna will take over from Cary Gunn, who will remain with the organization as founder and chief technology officer. Prior to joining Genalyte, Hanna served as COO at Verily Life Sciences. Prior to that role, Hanna served as CEO at ORIC Pharmaceuticals and before that, Hanna was head of Commercial and Medical Affairs Finance at Genentech and CFO of the Genentech Foundation.

Trevi Therapeutics – Shashank Rohatagi was named vice president of Pharmacology and Clinical Phrarmacokinetics. Shashank joins Trevi from Metrum Research Group where he was senior principal scientist for Clinical Pharmacology. Farrell Simon joins Trevi as head of U.S. Marketing. He joins Trevi from Pfizer where he was chief of staff to the Group President of Biopharma and a member of the leadership team. Katherine S. Takaki was tapped to head Global Regulatory Affairs at Trevi, responsible for managing the supportive studies required to seek regulatory approvals as well as all CMC-related activities. She joins the company from Iterum where she was in a similar role.

Dewpoint Therapeutics – Ameet Nathwani was named CEO and a member of the board of directors. Nathwani most recently served as chief medical officer, chief digital officer at Sanofi SA, where he led the company’s medical organization and oversaw the development of an industry-leading real-world evidence (RWE) data platform with embedded artificial intelligence capabilities, among other achievements. Prior to Sanofi, Nathwani was the Global Head of Medical Affairs at Novartis Pharmaceuticals AG. Over his 12-year tenure at Novartis, he held a number of senior development and commercial positions.

Epirium Bio – Alexander Casdin was named CFO of Epirum. Casdin was founder, CEO and portfolio manager of Reneo Capital Management LP, a successful healthcare investment fund. He previously served as CFO of Sophiris Bio Inc. and vice president of finance for Amylin Pharmaceuticals. Sandy Mahatme, former CFO and CBO of Sarepta Therapeutics, Inc., will join the Epirium board of directors and serve as Audit Committee chair. Mahatme is currently president, COO and CFO of a stealth company backed by ARCH Venture Partners.

Sofinnova Partners – European VC firm Sofinnova named Joe Anderson as a partner in the Sofinnova Crossover Fund. Previously, he was a Partner at Abingworth LLP for over a decade, where he led venture-style investments in public companies and the formation of the firm’s public equities fund. Most recently, Anderson was co-founder and CEO at Arix Bioscience plc, a venture capital firm listed on the London Stock Exchange.

Meissa Vaccines – William Daly was named CBO and Keith H. Wells was named chief manufacturing officer of Meissa. Daly’s experience in the biotech and pharma industry includes senior leadership roles in business and corporate development at Ortho Biotech, Chiron, Allergan, Cougar Biotechnology, Halozyme Therapeutics, and Akebia Therapeutics. Prior to Meissa, he was the head of Business Development and Alliance Management at Portola Pharmaceuticals. Prior to joining Meissa, Wells served as a scientific and technical advisor to BARDA for manufacturing scale-up and regulatory pathways of medical countermeasures and vaccines. He also held positions of increasing responsibility in manufacturing and process and product development at Acambis, The Salk Institute Government Services Division, and Merck and Co., Inc.