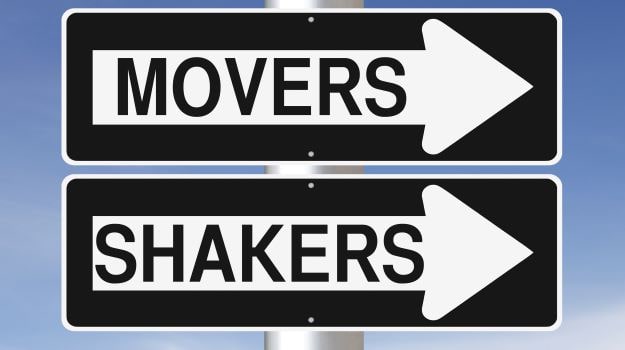 Immunitas Therapeutics – Amanda Wagner was tapped to helm Immunitas as the new chief executive officer. Wagner is a founding member of Immunitas and has made significant contributions to the company’s business strategy and corporate development. Jeffrey Goldberg, who has served as Immunitas CEO since December 2019, will remain with the company through the end of the year in an advisory role. During her time at Immunitas, she has contributed to the company’s fundraising efforts totaling nearly $100 million, led the structuring and negotiation of multiple strategic collaborations and driven the advancement of the lead asset IMT-009. Prior to joining Immunitas, she was vice president of corporate development at Q32 Bio, and before that was at Concert Pharmaceuticals. Prior to Concert, Wagner was an early member of the team at UpToDate, Inc. Wagner also sits on the board of directors of the National Alopecia Areata Foundation.

Kira Pharmaceuticals – Teri Loxam was named chief operating officer and chief financial officer of Kira. Loxam will replace interim CFO Matt Gorman and will oversee finance along with several strategic and operational functions of the company. Loxam joins Kira from SQZ Biotechnologies, where she served as CFO and was instrumental in raising more than $200 million, including taking the company public, to advance the company’s novel cell therapy platforms. She previously served as Senior Vice President of Investor Relations and Global Communications at Merck, Vice President of Investor Relations at IMAX and held senior strategic roles at Bristol-Myers Squibb. Loxam currently serves on the board of Vaxcyte and as an advisor to Cardiol Therapeutics.

IN8bio, Inc. – Trishna Goswami was named chief medical officer of IN8bio. Goswami most recently served as Vice President of Clinical Development at Gilead Sciences, Inc. Prior to Gilead, she served as a Senior Medical Director at Stemline Therapeutics, Inc. Before that, she was at MedImmune and AstraZeneca. Before her career in the industry, Goswami served as Assistant Professor, Department of Medicine in the Division of Hematology/Oncology at the University of Maryland.

Obsidian Therapeutics – Heidi Hagen was appointed to the board of directors of Obsidian. Hagen is an experienced and entrepreneurial biotechnology operations executive, currently serving as Chief Technical Officer at Sonoma Biotherapeutics. She also serves on the Board of Directors of Vericel, a cell therapy company. Most recently, she served as interim CEO and sat on the board for Ziopharm Oncology, Inc. She is also co-founder and former Chief Strategy Officer of Vineti, a software platform company for cell and gene therapy supply chain management. Formerly, she served as Global COO for SOTIO Biotech and the Senior Vice President of Operations for Dendreon. She began her career at Immunex Corporation.

Vector Laboratories – Pamela James was appointed to the position of Vice President of Product at Vector Laboratories. James was previously Senior Director of R&D and Operations. James has spent over a decade and a half with Vector Laboratories in two stints. Initially, she worked with antibodies and bioconjugates in the manufacturing department before departing to earn her doctorate from the University of Massachusetts Medical School. Upon her return in 2008, she began as a Senior Scientist, Process Development and Product Support, then became Director of Research and Development; a Senior Director, R&D; and finally Senior Director, R&D and Operations.

Boehringer Ingelheim – Carine Boustany, Global Head, Development Science + Head of Development Site U.S., has been appointed to the BIO Board of Directors. In this role, she will also serve on the Health Section Governing Board and Access and Value Committee. Boustany joined Boehringer Ingelheim in 2011 and took on her current role in January 2021. Prior to this, she was a part of Boehringer Ingelheim’s Discovery Research team and led the Department of Cardio-Metabolic Diseases Research in Ridgefield.

Penrose TherapeuTx – David Sherris was appointed as president and CEO of Michigan-based Penrose. Prior to Penrose TherapeuTx, Sherris was president and CEO of GenAdam Therapeutics, Paloma Pharmaceuticals and VasculoMedics. Sherris also had senior leadership positions at public biotech companies as COO and Vice President of Research and Development at OXiGENE, along with Serono, Centocor and Unilever Research.

ImmunoGen Inc. – Kristen Harrington-Smith has been appointed Senior Vice President and Chief Commercial Officer. Harrington-Smith joins ImmunoGen from Novartis Pharmaceuticals, where she served as U.S. Commercial Head of Hematology and led the teams responsible for a broad portfolio of therapies in both benign and malignant hematologic diseases. Prior to this, Harrington-Smith held roles of increasing responsibility at Novartis.

Frontier Medicines – Marguerite Hutchinson, who most recently served as COO and general counsel of Plexxikon, was appointed CBO of South San Francisco-based Frontier. Prior to Plexxikon, she was the lead attorney representing the UCSF Helen Diller Family Comprehensive Cancer Center in collaborations with industry and academic consortia.

Vizgen – Matt Posard was appointed to the board of directors of Vizgen. He is the company’s first outside director. Posard held executive positions at Illumina for almost 10 years, holding positions including General Manager of its Translational and Consumer Genomics and New and Emerging Markets business units.

Fulcrum Therapeutics – Sonka L. Banks was appointed to the board of directors. Banks is currently the CEO of the International Dyslexia Association and was formerly president of the Sickle Cell Disease Association of America.

Lynx Biosciences – Sylvaine Cases was named the first CBO of Lynx. Cases joins LynxBio from Johnson & Johnson, where she was Vice President of Oncology Strategic Partnering. Her previous roles in biotech focused on leading R&D teams and included Head of Pharmacology at Arete Therapeutics and Senior Group Leader at Cytokinetics.

BICO – Susan Tousi was appointed to the board of directors at BICO, formerly known as CELLINK. Tousi has spent nearly a decade at Illumina, where she currently leads the global commercial organization. Tousi has been with Illumina since 2012, and previously led the product development organization as Chief Product Officer. Prior to Illumina, Tousi held leadership positions at Eastman Kodak and Hewlett-Packard.

Sutro Biopharma – Heidi Hunter, president of Cardinal Health Specialty Solutions, has been appointed to the Sutro Biopharma Board of Directors. Prior to Cardinal Health, Hunter was Senior Vice President of the Global Immunology Business Unit at UCB in Brussels. She has also held leadership positions at Boehringer Ingelheim as Senior Vice President and General Manager in its Global Biosimilars Business, and at IQVIA as Vice President of Global Business Partnerships Commercial Solutions. Hunter also held senior leadership positions in commercial and strategic marketing for biologics and oncology at Centocor, a J&J company. She also led oncology business at Wyeth (today part of Pfizer) in the U.S. and Novo Nordisk in Denmark.

Applied Genetics Technologies Corporation – Abraham Scaria was named chief sciences officer of AGTC. Most recently, Scaria was the Senior Vice President and CSO at IVERIC Bio, where he was responsible for preclinical research and development for retinal disease therapies. Before his tenure at IVERIC Bio, Scaria served as Vice President and Head of Ophthalmology at Casebia Therapeutics. Prior to Casebia, Scaria served as the Head of Gene Therapy Research at Sanofi Genzyme. Previously, he was the Senior Scientific Director for Gene Therapy and Ophthalmology Research at Genzyme Corporation.

Antheia – Zack McGahey was named COO and will be responsible for all operations functions as the company scales and commercializes its first products. Prior to joining Antheia, McGahey served as vice president of manufacturing and capex engineering at Zymergen. He also gained experience managing commercial scale facilities operations for Tesla.