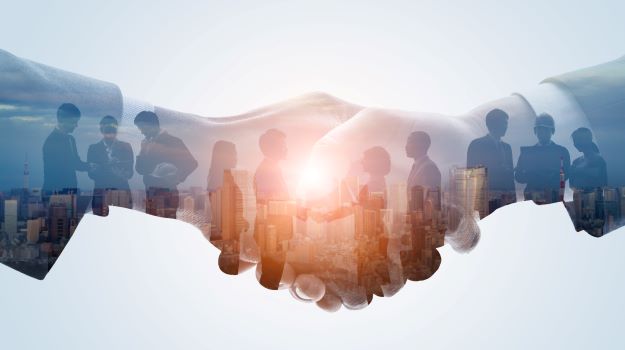 Affinity Empowering – Bethany Ranes was named Vice President of Research & Development at Affinity Empowering. She will oversee Research and Development for Affinity's health and wellness products and service lines. Ranes has an acclaimed background in mental health research, most recently as an OptumLabs Research Fellow for UnitedHealth Group. She previously worked as a Research Scientist at the Hazelden Betty Ford Foundation and as a Research Psychologist for the US Army Aeromedical Research Lab.

Glytec – Cloud-based insulin-management software company Glytec tapped Nausheen Moulana as Chief Technology Officer. Moulana will be responsible for the company’s product and technology vision, strategy, and execution. Moulana comes to Glytec from Kyruus, where she served as Vice President of Engineering & Operations. She also previously held leadership positions at Attivio and MathWorks.

SVB Leerink – Investment firm SVB Leering continues to bolster its leadership team. Jon Swope has joined the firm as a Managing Director to continue to strengthen longitudinal relationships with companies across HealthTech and Digital Health. Swope joins SVB Leerink from Bank of America where he was a Managing Director in the Global Healthcare Investment Banking Group. His prior work experience includes positions at Greenhill & Co., Bain & Company and Willis Towers Watson.

Implicity – Tim Laird was named Vice President of Sales–North America. Laird is an accomplished sales leader with deep expertise in cardiology and electrophysiology. He has diverse work experiences ranging from large global players, such as Johnson & Johnson, Pfizer, Abbott, and LivaNova to small, innovative startups in the medtech and IT space.

Bio-Me -- Carl Christian Glilhuus-Moe will assume the role of Executive Chairman of the Bio-Me Board of Directors. Gilhuus-Moe, who has served as an observer on the Board for 6 months, is the founding President and CEO of Dynal Biotech AS, now part of Thermo Fisher Scientific Inc. He is joined by new board members Hilde Furberg, Anne-Marie Duus Kristensen and Arne Materna. Furberg has served as the Senior Vice President and Head of Rare Diseases EU in Sanofi Genzyme, and as a non-executive director of Combigen, BerGenBio, Probi, Pronova BioPharma, Clavis, Algeta, and chair of the board for Blueprint Genetics. She is currently a board member of Calliditas, Tappin, PCI Biotech, OncoZenge and Herantis. Kristensen is currently an advisor to several health tech startups. She served as CEO of Skodsborg Health Center and as a business developer in the Skandia and AP pension funds. Arne Materna, a microbiologist and molecular biologist by training, held management positions at Clc Bio and Quiagen. He was also VP Products in CosmosID, a world leading metagenomics services company. He is currently the CEO of Ares Genetics.

Veralox Therapeutics – Michael S. Hanna was named CMO of Veralox. Hanna trained as a cardiologist and cardiac electrophysiologist and was on the faculty at the University of Pennsylvania for a decade where he led multiple international clinical trials. From 2004-2016 he was with Bristol-Myers Squibb. Hanna also previously served as a consultant with Critical Thinking Consulting, where he provided senior level strategic counsel on global research programs in thrombosis, heart failure, pulmonary hypertension, stroke, and other diseases.

Twelve Bio -- Gita Dittmar will serve as an independent Executive Chairman of the Board of Directors of Denmark-based Twelve Bio, a gene editing company. As Executive Chairman, she will take an active role in the operational leadership as well as the scientific and corporate development of the company. Dittmar has served as CEO and in multiple roles in the areas of corporate and business development. Over the course of her career, she has worked across the globe in biotech and pharmaceutical companies including Ethris GmbH, Dance Biopharma and IDEC Pharmaceuticals.

Selecta Biosciences – Nishan de Silva was appointed to the Selecta Board of Directors. de Silva will provide strategic guidance and operational insights as Selecta continues to advance its clinical pipeline. He is currently CEO and Director of AFYX Therapeutics, a private venture-backed biotechnology company focusing on addressing unmet needs in mucosal diseases. Previously de Silva served as President, COO and Director of Poseida Therapeutics. Prior to Poseida, he was CFO and Vice President of Finance and Strategy at Ligand Pharmaceuticals Inc. Earlier in his career, de Silva served as a Principal at private equity firm Warburg Pincus LLC.

DTA – Digital Therapeutics Alliance announced the selection of Andy Molnar as the organization’s incoming CEO.  He most recently served as the Vice President of Market Access & Government Affairs for Cognoa, a DTx company developing digital diagnostics and therapeutics for behavioral health conditions. DTA’s Executive Director, Megan Coder, is transitioning to a new global leadership role within the organization, based in Europe, where she will expand DTA’s efforts related to international policy, lead the development of new content and resources, and grow cross-industry collaborative partnerships in support of DTA member goals.