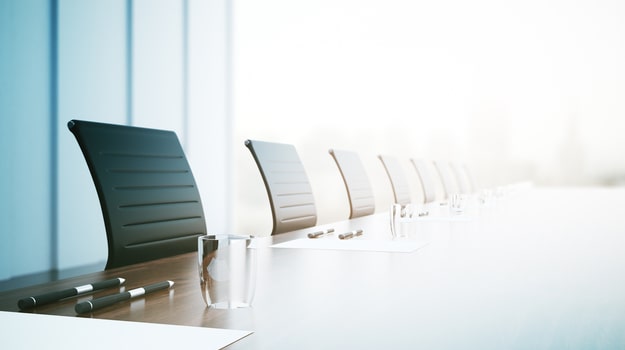 Akcea Therapeutics – William Andrews was named chief medical officer of Akcea Therapeutics, a division of Ionis Pharmaceuticals. Andrews will lead medical, clinical and regulatory functions in support of the company's two commercial-stage products and will also guide the development of the multiple clinical-stage therapeutics in the pipeline. Former CMO Louis St. L. O'Dea will serve as an advisor to the company to ensure a smooth transition. Andrews most recently served as CMO at Acer Therapeutics and before that, was a principal consultant at Aletheia Lifesciences. Prior to Aletheia, Andrews worked at Aegerion Pharmaceuticals as senior vice president of business development and vice president of medical affairs. He also held roles at Santhera Pharmaceuticals and Sepracor, Inc.

Sensorion – Edwin Moses, the former chief executive officer of Ablynx, was named chairman of the Sensorion Board of Directors. He was chairman and then CEO of Ablynx for more than 14 years until its €3.9 billion acquisition by Sanofi in 2018. Similarly, he led the growth, listing and eventual sale of pharmaceutical services company Oxford Asymmetry International as CEO and later as chairman between 1993-2001. Moses is currently is chairman of Achilles Therapeutics Ltd, Avantium NV and LabGenius Ltd, and is an Operating Partner at Keensight Capital.

Theravance Biopharma -- Deepika R. Pakianathan, a Managing Member at biotech-focused Delphi Ventures, was named to the board of director of Theravance.  Prior to Delphi, Pakianathan was a vice president in the healthcare group at J.P. Morgan where she was involved in several large healthcare M&A transactions and led public offerings for biotechnology companies. Prior to that, she was a biotechnology research analyst at Genesis Merchant Group. She worked as a postdoctoral scientist in the Immunology Department at Genentech Corporation from 1993 to 1997.

Mogrify Ltd. – U.K.-based Mogrify Ltd. named Lorenz Mayer to its board of directors and scientific advisory board. Mayr will initially join the board of directors as an observer, providing valuable insights into the development and manufacture of ex vivo cell therapies and in vivo reprogramming therapies and advising on the Company’s therapeutic program selections, before assuming full board member status later this year. Mayr most recently served as chief technical officer at GE Healthcare Life Sciences, where he was responsible for all global R&D activities. Previous industry roles include Global Head at AstraZeneca, where he oversaw the generation of biological reagents and assay development activities across all therapeutic areas, and executive director at Novartis Pharma AG.

Humanigen – California-based Humanigen made several appointments to key positions. Dale Chappell was named chief scientific officer, David L. Tousley was named chief accounting and administrative officer and Omar Ahmed has been promoted to the position of head of clinical, medical and scientific affairs. Chappell began his career as a Howard Hughes Medical Institute fellow at the National Cancer Institute where he studied tumor immunology and published in the field of T-cell therapy, immunology pathways, and GM-CSF, giving him clear insights into the development and execution of our business strategy. He is also the founder of Black Horse Capital. Tousley has held roles including chief financial officer and president and chief operating officer at companies including Pasteur Merieux Connaught (now Sanofi Pasteur), AVAX Technologies, Inc. and DARA BioSciences. Ahmed has over 20 years of executive leadership experience building industry-leading specialty care portfolios, establishing strategic partnerships, and launching transformational blockbuster therapies. Ahmed held responsibilities for advancing Janssen’s $10 billion global immunology portfolio, from early development to late-stage development, including lifecycle management for Remicade, Simponi and Stelara and served as a board member for the Janssen EMEA Emerging Markets. He also held leadership positions at Novartis and at Roche Pharmaceuticals.

Alveo Technologies – Justin Stebbing was appointed to the company’s scientific advisory board. Stebbing will provide strategic direction on new technologies and support Alveo’s efforts in publishing the science and providing an objective scientific perspective about the company’s be.well platform, a point-of-care and at home diagnostic tool currently under development. Stebbing is currently professor of Cancer Medicine and Oncology and Consultant Oncologist at Imperial College London.

GENFIT – Katherine Kalin and Eric Baclet were named to the board of directors of GENFIT. Kalin is currently a director on the boards of Clinical Genomics and Primari Analytics. From 2012-17, Kalin led corporate strategy at Celgene. Prior to that, Kalin held executive leadership roles in marketing, sales, strategy and new business development at Johnson & Johnson. Baclet has over 30 years of experience with Eli Lilly as president and General Manager of Lilly Italia, General Manager of Lilly China, among other roles.

Moderna – Elizabeth Tallett was named to the board of directors of Moderna, Inc. She will serve on the board’s Audit Committee. Tallett is currently the chair of  and chair of the  of the ,  and

ImmunoMolecular Therapeutics – Tom Shea and Sarah Bird joined ImmunoMolecular’s senior leadership team as CFO and COO and head of clinical director, respectively. Most recently, Shea served as CFO of ImmusanT and has served in multiple roles at Albireo Pharma, Tolerx, Inc. and Cubist Pharmaceuticals. Bird joined IM Therapeutics at its founding stage to help design and lead its clinical program development as director of Clinical Development.

Knopp Biosciences – Stephen E. Butts was named to the board of managers at Knopp Biosciences. Butts is currently the co-founder and CEO of Arrivo BioVentures, LLC. Previously, he served as the CEO of Velo Bio and before that, he was co-founder, president, and COO of Aerial BioPharma LLC.

Eko – Bryan Humbarger was named president of Commercial at Eko. He will oversee sales and commercial operations for Eko’s AI and telemedicine software platforms for health systems, practices and providers worldwide. Humbarger most recently served as Vice President of Sales at cardiac digital health companies AliveCor and Heartflow.

Corbus – George Golumbeski was named to the board of directors of Corbus. Best known for leading corporate and business development at Celgene and Novartis, Golumbeski is currently an independent biotechnology executive, and serves as a director on the boards of Enanta Pharmaceuticals, MorphoSys and Sage Therapeutics. In addition to his corporate career at Celgene and Novartis, Golumbeski has also held senior leadership positions in business development at Elan Pharmaceuticals and Schwarz Pharma.

VAXIMM – Thomas Szucs was named chairman of the board of directors of VAXIMM. He currently is Professor of Pharmaceutical Medicine and Director of the European Center of Pharmaceutical Medicine at the University of Basel, Switzerland. Previously, he was chief medical officer and COO of Hirslanden Holding, the largest private hospital chain in Switzerland.

ImCheck Therapeutics – Claude Knopf was named CBO of France-based ImCheck. With the appointment of Knopf, ImCheck has initiated the expansion of its corporate activities into the United State. Knopf will be based in Boston. Knopf was most recently CBO at Gemini Therapeutics and Pieris Pharmaceuticals. Before that, he was head of Business Development and Licensing at Baxter BioScience and Baxalta.

Immatics N.V. -- Michael Atieh, Paul Carter, Heather Mason and Adam Stone will join the company’s board of directors as new members following the company’s listing on the Nasdaq.