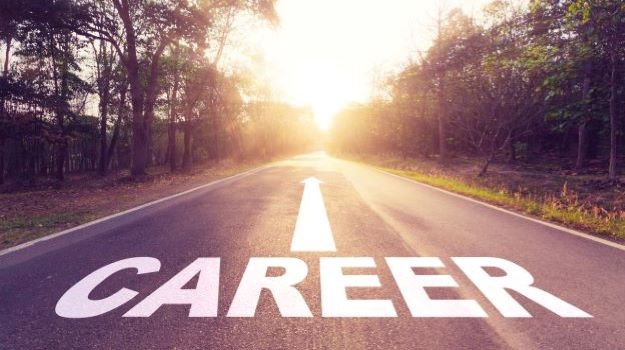 Biopharma and life sciences companies made numerous appointments this week to boards and executive teams. These Movers & Shakers will position the companies for future growth.

OSE Immunotherapeutics SA – Dominique Costantini, current Chairwoman of OSE Immunotherapeutics’ Board of Directors, and previously CEO from 2012 to 2018, has been appointed interim Chief Executive Officer. A search for a new CEO has been launched with the assistance of a leading executive search firm. Current CEO Alexis Peyroles is stepping down for health reasons and will continue to support the company in a consulting capacity for the upcoming months to ensure a smooth transition.

PacBio – Lara Toerien was named Vice President and General Manager for the company’s Americas region. She most recently served as Senior Regional Sales Director, Northeast for Illumina, where she spent 16 years in the sales organization, and previously worked for Invitrogen, which is now part of Thermo Fisher Scientific.

RION – Alisa Lask was named Chief Commercial Officer of Rochester, Minnesota-based RION. She currently serves on the Board of Directors for Collpant and Nephros.

Vivacitas Oncology – Privately-held Vivacitas announced that Erkut Borazanci has joined its Pancreatic Medical Advisory Board. Borazanci is a medical oncologist and deputy director at the HonorHealth Research Institute. He holds adjunct appointments as clinical associate professor at the Translational Genomics Research Institute (TGen) and clinical assistant professor at the University of Arizona School of Medicine-Phoenix.

Immuneering Corporation – Diana F. Hausman, Chief Medical Officer of Lengo Therapeutics, was appointed to the board of directors of Immuneering. Prior to Lengo, Hausman was CMO of Zymeworks, Inc. and before that, held various positions at Oncothyreon Inc., including the CMO role.

Aktis Oncology – Tyler Benedum was named Head of Chemistry, Manufacturing, and Controls and Daša Lipovšek was named Head of Lead Discovery. Benedum’s spent over sixteen years at Avid in positions of increasing responsibility. Lipovšek most recently served at Bristol Myers Squibb as Scientific Associate Director, Selection Technologies and Protein Engineering. She also served as Director, Protein Design, for Adnexus Therapeutics, a BMS Company. Prior to her time at BMS, Lipovšek’s roles include Director of Protein Engineering at Codon Devices, Inc.

Caribou Biosciences – Syed Rizvi was appointed to the newly-created position of CMO. Rizvi most recently served as CMO of Chimeric Therapeutics. Previously, he worked for Legend Biotech. Earlier, he worked for Celgene Corporation, serving as the head of global medical affairs for CAR-T cell programs and head of hematology and immuno-oncology for U.S. medical affairs.

Kymera Therapeutics – John Maraganore, the former CEO of Alnylam, was appointed to the board of directors of Kymera. He continues to serve on the Alnylam Scientific Advisory Board. Prior to Alnylam, he served as an officer and a member of the management team for Millennium Pharmaceuticals, Inc. Before Millennium, he served as Director of Molecular Biology and Director of Market and Business Development at Biogen, Inc.

9 Meters Biopharma – Bethany Sensenig was named chief financial officer. Sensenig spent thirteen years at Biogen Inc., a multinational biotechnology company, where she held several positions of increasing responsibility, the latest of which was Vice President of Finance and Commercial Operations. Sensenig most recently comes to 9 Meters from Minovia Therapeutics, Ltd.

Fountain Therapeutics – Anupama Hoey was named CBO of Fountain. Prior to joining Fountain, Hoey was CBO at Sensei Biotherapeutics. Prior to Sensei, Hoey served as the CBO of Second Genome Inc. Previously, Hoey held positions of increasing responsibility at multiple biotech companies including Invenra, Inc., Arcus Biosciences and Sutro Biopharma.

Overland Pharmaceuticals – Ed Zhang was named CEO after serving in the interim role since May 2021. John Maraganore and BeiGene co-founder and former President Peter Ho were appointed strategic advisors to the company.

Ilumed – David J. Priscal was named CMO. Priscal joined Ilumed from Humana, where he most recently served as CMO and Regional Vice President of Health Services of South Florida. Prior to Humana, Priscal was CMO at Family Physicians Group in Orlando.

Exscientia – Charlotte Deane has joined Exscientia as Chief Scientist of Biologics AI. Deane has held numerous senior roles at the University of Oxford, where she is currently Professor of Structural Bioinformatics and leads the University’s Protein Informatics group. She will maintain both of these roles, in addition to her role at Exscientia. Prior to this, Deane was Deputy Executive Chair of the Engineering and Physical Sciences Research Council at UK Research and Innovation.

Second Genome – Joseph Dal Porto was named CSO. Before coming to Second Genome, Dal Porto served as a Vice President in Pfizer’s Emerging Science & Innovation division and Site Head for Pfizer’s Centers for Therapeutic Innovation (CTI) – West Coast. Prior to Pfizer, he was a co-founder and Director of Preclinical Research and Development at Modus BioMedicine.

Pepgen, Inc. – Laurie Keating was named Chair of the company’s Board of Directors. In addition to her role on the PepGen Board of Directors, Keating also serves as a Director of Immuneering Corp and Imago Biosciences. She previously served as the Executive Vice President, General Counsel and Corporate Secretary of Alnylam Pharmaceuticals. Prior to Alnylam, she served as General Counsel and Corporate Secretary of Millennium Pharmaceuticals. Prior to Millennium, Laurie was founding CEO and a director of Hydra Biosciences.

Third Rock Ventures – David Kaufman has been promoted to Partner. Kaufman joined Third Rock as a venture partner in 2020. He is a physician-scientist with prior tenures at the Gates Medical Research Institute, where he served as CMO and head of translational development, as well as Merck Research Labs. Additionally, Jigar Raythatha joined Third Rock as a venture partner after holding several senior strategic roles at some of the firm’s portfolio companies. Most recently, he was CEO of Constellation Pharmaceuticals. He also served as CBO of Jounce Therapeutics. Jeff Walsh, the former chief operating officer and chief financial and strategy officer at bluebird also joined Third Rock.

Merck – David Weinstock has been appointed Vice President, Discovery Oncology at Merck Research Labs. Weinstock was previously the Lavine Family Chair of Preventative Medicine at the Dana Faber Cancer Institute (DFCI), as well as Associate Physician in Medical Oncology at Brigham and Women’s Hospital and professor of Medicine and Pediatrics at Harvard Medical School.

Immunovia – Philipp Mathieu has been appointed acting CEO and President. Mathieu has held leadership positions in the financial sector and has extensive proficiency as an investor.

ZielBio, Inc. – Maria Beconi was named CSO and Ramesh Ramanathan was named vice president for clinical development. Prior to joining ZielBio, Beconi was a member of the senior leadership team at Disc Medicine and Goldfinch Bio, as well as the former chief scientific officer for Retrophin. Ramanathan most recently served as executive medical director of global medical and scientific affairs for Merck Research Labs. He also held prior academic appointments at the Phoenix campus of the Mayo Clinic, where he was professor of Medicine at the Mayo Medical School.