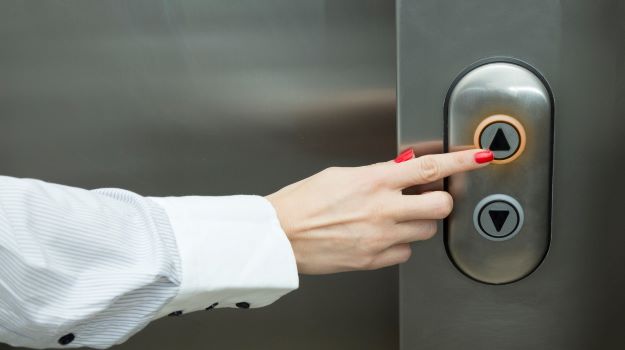 With all eyes on a new year, life sciences companies and organizations are making last-minute appointments to strengthen their leadership teams and board with these Movers & Shakers.

Neogene Therapeutics – Raphaël Rousseau was named chief medical officer of Neogene Therapeutics. He joins Neogene’s executive team and will be based in its U.S. headquarters in Santa Monica. Rousseau most recently served as Executive Vice President, Head of Product Development, and CMO at Gritstone bio, where he was responsible for the company’s global clinical development strategies and expansion of its neoantigen-based immunotherapies. Prior to Gritstone bio, Rousseau served as the Global Franchise Head of Pediatrics at Genentech and Roche. Prior to joining industry, Rousseau was a Professor of Medical and Pediatric Oncology at the Université Claude Bernard in Lyon, France.

Versantis – Switzerland-based Versantis tapped Mark J. Fitzpatrick as chief executive officer. He joins the company Jan. 1, 2022. Fitzpatrick comes to Versantis with more than 25 years of experience in the biopharma industry. He succeeds co-founder Vincent Forster, who will assume the role of chief scientific officer. Fitzpatrick joined Versantis from Chiasma, Inc. which was acquired by Amryt PLC. At Chiasma he held positions of increasing responsibility, including chief financial officer, president and CEO. Prior to Chiasma, Fitzpatrick was the CFO of several public and private biotechnology companies, including Aegerion Pharmaceuticals, Proteon Therapeutics, RenaMed Biologics, Dynogen Pharmaceuticals, and Diacrin, Inc. Fitzpatrick currently serves on the boards of directors of Allena Pharmaceuticals (NASDAQ: ALNA) and Stone Rehabilitation and Senior Living, a non-profit, community-based skilled nursing facility in Massachusetts.

Intellia Therapeutics – Derek Hicks was appointed to the newly-created position of chief business officer at Intellia Therapeutics. Hicks joins Intellia with more than 25 years of combined business, leadership and biotechnology experience, most recently having served as head of Business Development at Spark Therapeutics. Prior to this role, Hicks spent 18 years at Pfizer in a variety of business and corporate development roles culminating with his position as Vice President, Corporate Development, World-Wide Business Development.

Surface Oncology – Denice Torres was appointed chairman of the board of directors at Surface Oncology and Ben Hickey was named board director. Torres has been a member of Surface’s board of directors since July 2021.  She is currently CEO of The Ignited Company, a change management firm in the healthcare industry, and founder of The Mentoring Place, a non-profit, that accelerates the professional advancement of women through free executive-level mentorship. Previously, she held several executive leadership positions at Johnson & Johnson, including president of McNeil Consumer Healthcare, president of Janssen Pharmaceuticals, CNS and chief strategy and transformation officer for the Medical Device division. Before joining Johnson & Johnson, she spent 14 years at Eli Lilly where she led a number of U.S. and global businesses. Torres sits on the boards of bluebird bio, Karuna Therapeutics, Glaukos Corporation and Resilience. Hickey is currently the chief commercial officer of Mirati Therapeutics. Prior to Mirati, Hickey was senior vice president and chief commercial officer at Halozyme Therapeutics. He spent 17 years in roles of increasing responsibility at Bristol Myers Squibb, including vice president of marketing, immuno-oncology. In conjunction with the board appointments, Jeff Goater will transition to board director. The company also announced internal promotions of key senior executives, naming Lisa McGrath chief people officer and Shannon Devens senior vice president, development operations. McGrath joined Surface in 2017. She previously served as senior vice president, human resources. Prior to Surface, she ran her own customized human resources practice specializing in biotech, pharmaceuticals, medical device and molecular diagnostics. Devens, who has been with the company since 2016, was promoted to senior vice president, development operations. Prior to joining Surface, she served as senior director of clinical operations at Infinity Pharmaceuticals for more than seven years. Prior to that, she held roles in clinical operations at Molecular Insight Pharmaceuticals, Dyax Corp. and OmniSonics Medical Technologies.