Biopharma Money on the Move: October 7-14 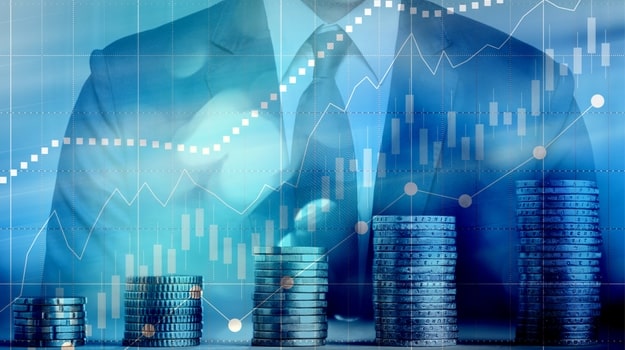 Find out which biopharma companies are raking in the cash this week, as companies from around the globe provide updates on their financing rounds and IPOs.

The UAE dropped a load of cash to become a 5.6% stakeholder into Germany’s Evotec with $236 million worth of shares purchased by their sovereign wealth fund, Mubadala Investment Company. Not one to be left out, existing investor Novo increased its stake to 11% by throwing in another $59 million, bringing Evotec’s haul to about $295 million. Evotec is a drug discovery alliance and development partnership company out of Hamburg, Germany. With revenues nearly quadrupling over the last five years and a goal of 10% yearly growth in the future, it’s no surprise these investors want in big. Evotec plans to use the cash to reach its goals by growing, particularly in the U.S. and Europe as they ramp up global ops.

Allied with Roche to develop new cancer cell therapies, SQZ has turned its focus to the NYSE. With a preliminary goal of $75 million for its IPO, they’ve applied for listing as “SQZ.” While traditional cell therapies require a depletion of the immune cells to improve efficacy, SQZ claims to avoid those limitations with a proprietary technology that, as its name touts, squeezes cells through a microfluidic chip to open the cell membrane and allow the therapeutic load inside. They also tout a huge leg up in manufacturing – 24-hour turnaround in comparison with a month or more for current therapies. Plus, without the pre-conditioning to weaken immune systems, SQZ’s technology aims to shorten hospital stays. The IPO earnings are intended to finance their groundbreaking cancer and infectious disease research.

Just two weeks after completing a $64 million Series D round, Galecto Biotech rounds the corner and goes after the public market, hoping to raise $100 million in its IPO. If successful, the Copenhagen-based company will have totaled over $250 million in financing in just the last two years. Galecto’s focus is on a wide range of fibrotic disease, with its lead project, GB0139 for idiopathic pulmonary fibrosis, currently in a Phase IIb trial. The Series D and the new funding from this IPO will go toward getting the program through to approval and commercialization.

After filing to go public for a second time after withdrawing in 2019, Codiak finally hit the market with an $83 million IPO, falling short of its $100 million originally sought when filed in September. The bulk of the funds will be used to advance its lead program ExoSTING through a phase ½ study in advanced or metastatic, recurrent solid tumors, support discover and preclinical R&Dand expand its engEx technology that supports its programs. Another $10 million will go into its second program, exoIL-12, through a Phase I trial in patients with cutaneous T-cell lymphoma.

A Series B of $67 million takes EdiGene’s track record up to $100 million raised in the last two years. The Beijing-based biotech is currently leading the gene-editing wave in China with four platforms steadily advancing. The company's top candidate is a treatment for hereditary blood disease, with the next in line being a CAR-T treatment for cancer. CEO Dong Wei hopes their T cell therapeutics can help make a higher quality, lower cost option for patients and their families.

Small molecule-focused Cedilla wraps up a $57.6 million Series B round to “drug the undruggable.” The funding will go into preclinical work on its first two oncology candidates, which are being kept hush hush for now. They also have about five or six oncology programs running that are years away from the clinic. In addition to the Series B, Cedilla is bringing Casdin CIO and founder Eli Casdin and Boxer senior VP Dominik Naczynski onto its board of directors.

Debuting with $45 million in Series A money, biotech newbie RayzeBio is ready to defeat cancer with radiopharmaceuticals. With a vision to be the first radiopharma platform in the market, RayzeBio has seven active programs and would like to see one development candidate by the second half of 2021. Radiopharmaceuticals have intrigued the biotech sphere lately, but securing a reliable supply of therapeutic radioisotopes has been a hang up. But recently the industry has devised alternate ways to generate Actinium-225, which is the radioisotope RayzeBio is working with. This new development spurred the drive to launch RayzeBio with the intent to penetrate specific tumor targets. The fledgling biotech is now rolling up its sleeves to get to work with the goal of being first.

To get more clinical data on its highly-promising therapy for high risk AML patients, Priothera closed on a $35 million USD Series A. The company's drug mocravimod should enhance the curative potential of allogeneic hematopoietic stem cell transplantation for treating AML. Allogeneic stem cell transplant is currently the only potentially curative approach for AML patients, but has a high mortality rate. This therapy appears promising for improving survival outcomes. Priothera acquired mocravimod from KYORIN Pharmaceutical.

Ori Biotech wants to speed up the innovation of cell and gene therapies via its manufacturing platform, and this week’s $30 million Series A is certainly a step in reaching that goal. Typically, a drug discovery pipeline can take an average of a decade to get from lab to patient. Ori’s platform closes, automates and standardizes manufacturing for cell and gene therapy developers so the company can move its treatments from pre-clinical to scale commercially. This novel automation will reduce cost of goods and the footprint. In addition to taking its platform to the market, Ori is also expecting to double its 8-head employee count in four months, and double that again by next year.

Kanaph beefs up its initial $8 million start in 2019 with a $21 million Series B in South Korea. This round of funding will go toward expediting the clinical development of Kanaph’s pipelines, chiefly its TMEkine molecules platform for immuno-oncology and bi-specific Fc fusions for the treatment of retinal disease. Preclinical studies are anticipated to be completed at the end of this year or beginning of next year, and are ready for the next steps.

Novo Seeds plants its stake in emerging biotech Rappta Therapeutics in a $10.5 million Series A round. Rappta’s primary focus is developing first-in-class anti-cancer drugs that work by activating protein phosphatase 2A (PP2A). The PP2A enzyme is a key tumor suppressor which has historically been tricky to target with drugs. Rappta has derived a unique understanding of the protein along with propriety tools to allow therapeutic reactivation of PP2A, which offers the potential of multiple therapies with this as the platform for a new class of anti-cancer drugs. Jeroen Bakker, Principal at Novo Seeds, will join Rappta’s board. Novartis Venture Fund, Advent Life Sciences and one family office also participated in the round.

Previously listed on the OTCQB, Lixte is ready to take it to Nasdaq with a $9 million offering of 1.5 million shares at a price range of $5.75 to $6.75. The NY-based biotech has developed two active series – LB-100 and LB-200. The current focus is on the LB-100, which targets several types of cancer and has potential for vascular and metabolic diseases. A Phase I trial has already been completed and demonstrated antitumor activity in humans. LB-100 is now in Phase Ib/II.