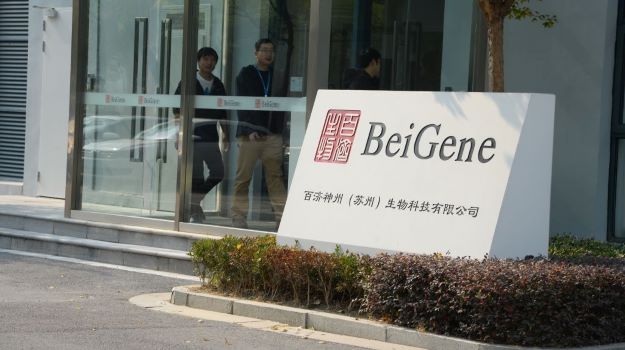 Data from the trial, RATIONALE 306, demonstrated tislelizumab's ability to improve survival outcomes for patients with previously untreated advanced or metastatic esophageal squamous cell carcinoma when combined with chemotherapy. The study featured results from 649 patients in Asia-Pacific, Europe and North America.

Tislelizumab is a humanized IgG4 anti-PD-1 monoclonal antibody that helps to minimize binding to Fc-gamma receptors on macrophages to support the immune cells detect and fight tumors.

BeiGene signed a collaboration agreement with Novartis in January 2021 to accelerate the drug's development and marketing in Europe, Japan and North America. Tislelizumab is the first product from BeiGene's immuno-oncology biologics program. It is also being considered a monotherapy and in combination with other types of therapy to address a range of solid tumors and hematologic cancers.

This latest effort for esophageal squamous cell carcinoma addresses a large unmet need for patients, as over 85% of esophageal cancers are attributed to ESCC cases. Many of the patients who suffer from ESCC are not diagnosed until the late stages, making disease management and treatment challenging and the overall prognosis poor. BeiGene has commenced or completed over 20 potential registration-enabling clinical studies in 35 locations worldwide to establish the tislelizumab's ability to fight cancer.

The randomized, placebo-controlled, double-blind RATIONALE 306 trial showed the safety and efficacy of tislelizumab when used with chemotherapy as first-line therapy for advanced or metastatic ESCC. The primary endpoint was overall survival, while secondary endpoints included overall response rate, progression-free survival duration of response per RECIST v1.1 and safety and health-related quality of life metrics.

"ESCC is a difficult to treat disease that imposes a significant symptom burden on patients. We are encouraged by the survival benefit seen in the tislelizumab and chemotherapy group in RATIONALE 306. Combined with the overall survival benefit seen in RATIONALE 302, the second-line evaluation of tislelizumab versus chemotherapy in ESCC, the results from 306 add to the body of evidence supporting tislelizumab as a potential standard of care for patients suffering from this disease," commented Mark Lanasa, M.D., the chief medical officer for solid tumors at BeiGene, in a statement.

The BeiGene/Novartis partnership has paved the way for the co-development, manufacture and commercialization of several related treatments, including a biologics license application with the U.S. Food and Drug Administration. The partners signed a deal in December 2021 to pursue the TIGIT inhibitor ociperlimab, which is currently in Phase III trials. BeiGene has also agreed to promote five of Novartis Oncology's treatments in various Chinese regions.