Behind the Scenes at Operation Warp Speed with Paul Mango 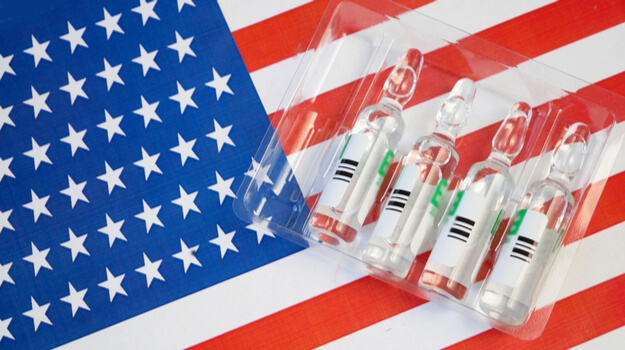 On New Year’s Eve 2019, I first read about a new SARS-like virus in China. About a week later, I was in San Francisco covering JP Morgan Week and asked a few reporters in the Biotech Showcase press room if they had heard of it. None had.

Across the country, however, the Federal government was realizing something big was brewing. By March, Operation Warp Speed was taking shape. Within 10 months, this public/private partnership had done the impossible: develop and distribute COVID-19 vaccines to Americans in record time and in the midst of a crippling, global pandemic. The prior record for vaccine development and distribution was 4.5 years.

BioSpace talked with Paul Mango, one of the key leaders of Operation Warp Speed, about the experience. Mango is former Deputy Chief of Staff for Policy, Department of Health & Human Services (HHS) under the Trump Administration, a graduate of the United States Military Academy at West Point, and author of the soon-to-be-released book, Warp Speed (Republic Book Publishers, digital version available March 15, 2022, Hardcover available May 18). 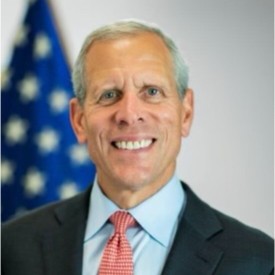 BioSpace (BSP): What do you hope this book will accomplish?

PM: Warp Speed is important on two dimensions. First, there were a lot of lessons learned that can be applied to the next pandemic and to improve public/private partnerships.

But I also hope this book will clarify for the American people that there was an extraordinary, dedicated group of folks from both political parties who worked together 16 hours a day, 7 days a week with the sole goal of delivering safe, effective COVID-19 vaccines to the public as fast as possible. There were no compromises on quality. In fact, standards were actually higher than for normal vaccines because there were more clinical trial participants. These are safe vaccines.

BSP: Why did you decide to write Warp Speed?

Paul Mango (PM): The story had to be told. Alex Azar, then Secretary of the HHS, asked me to oversee Operation Warp Speed (OWS) on a day-to-day basis, so I was there at the 8 AM meetings with Jared Kushner, a key advisor to President Trump, and the 3 PM meetings with the White House Coronavirus Task Force, and was involved with the National Strategic Stockpile, HHS and the OWS support functions. When the team talked about this, we realized I was the only one with visibility into everything that was going on.

BSP: Pfizer CEO Albert Bourla said publicly in September that the company would likely know if the Pfizer vaccine worked by the end of October. Then, the FDA revised its guidance, extending follow-up from 42 days to 60. How did the OWS members react?

PM: Given the timing, we wondered if the decision was politically motivated. So, I talked to Moncef Slaoui, (OWS chief scientific advisor) who explained that approximately 95% of adverse events from the vaccine were likely to emerge within 42 days of administration, but that 99% would have emerged within 60 days. When I interviewed Peter Marks (director of the Center for Biologics Evaluation and Research) at the FDA about this last summer, he said he was concerned about vaccine hesitancy and felt the delay would give people more confidence in the vaccine. His intention was solid, but I felt this was an arcane safety measure. 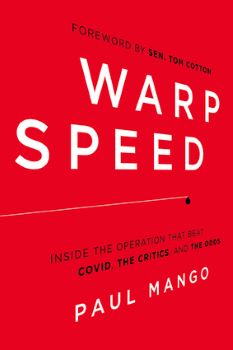 BSP: What is the proper role of the federal government in public/private partnerships?

PM: The government’s role should be to enable success, not to deliver this success. By assuming part of the risk, like a venture capital firm, it was possible to perform tasks in parallel that typically were performed in series – for example, equipping factories to manufacture vaccines before the vaccines were authorized by the FDA, and making specialized packaging and lining up distributors before it was known whether any vaccine would be safe and effective.

The coordination role of OWS was critical. We had 15 private companies involved, including biomanufacturers, pharmaceutical companies, distributors and carriers. We used the power of the federal government to solve problems, such as using military aircraft to fly in equipment that was only manufactured abroad as soon as it was procured, rather than waiting for ocean transit, and then coordinating with the Department of Transportation so oversized trucks could move it over our interstate highway system without delays.

This type of effort also could be applied to finding a cure for cancer. The federal government would benefit through reduced Medicare expenses (thus giving it a stake in the outcome), so why not do something? A public health emergency creates an environment that’s hard to replicate in peacetime.

BSP: How did OWS get the federal bureaucracy to work faster?

PM: One thing was that we had the OWS kickoff in the White House Rose Garden. I didn’t realize it at the time, but when a President makes an announcement in the Rose Garden, career officials notice. The Rose Garden location means it’s important to the President. Because a lot of officials didn’t like President Trump, this was necessary.

As one career official told me, ‘This will get done with me or without me, so I may as well hop on the bandwagon.’ A lot of these career officials are extremely knowledgeable and made contributions. They took a lot of initiative and understood what was at stake.

OWS also had a board that reported directly to the Oval Office, bypassing the chief of staff…and even the OWS members’ own agencies. The only agency representation we didn’t have was at the FDA, and that was to avoid a conflict of interest because the FDA would ultimately oversee the (granting or denial of) emergency use authorizations.

BSP: What does the success of OWS imply for the future of drug development?

PM: Amazing technologies – mRNA being one – probably have upended the way drug development is done and changed a lot of perspectives. mRNA vaccines are just the tip of the iceberg.

There’s also the idea that the federal government should assume risks in areas where it stands to benefit. The U.S. lost $6 to $7 billion each day the economy was closed. Steve Mnuchin, then Secretary of the Treasury, invested $30 billion in federal monies to fund OWS, realizing the return on investment would be achieved in about a week’s time.

BSP: Why does the U.S. seem to have such a high mortality rate from COVID-19, despite having access to vaccines?

PM: I spoke to Robert Redfield, former head of the U.S. Centers for Disease Control and Prevention, about this. He explained that, as a population, Americans don’t have the greatest health status, which makes people more vulnerable to hospitalization and death. In developing countries, the population is younger and lacks the underlying health problems of advanced economies. I also think there may be some reporting issues.

Anthony Fauci, director of the National Institute of Allergy and Infectious Diseases, gave us some invaluable insights that led us to believe it would be extremely difficult to prevent the spread of the virus.

Therefore, we chose a middle path that would protect the most vulnerable, knowing that herd immunity eventually would be reached. We chose to minimize the destruction from the virus and balance its impact against the impact of shutting down the economy. That choice isn’t without tradeoffs, such as learning declines, deferred healthcare, and increases in drug overdoses, anxiety and inflation. Some countries tried to eradicate the spread…but just (deferred) it, as we’re seeing now in Hong Kong. Overall, I think that where we landed (on the spectrum) isn’t so bad.

BSP: What’s next for you?

PM:  I have worked with McKinsey and Co. as head of the healthcare practice for payment and provisions and am on the board of six different health care companies, and now I have this book. I would consider working with a future administration if asked.

Through Operation Warp Speed, I learned both the power and limitations of the federal government. This was probably the most fulfilling professional experience I’ve had in my life.