COVID-19 Vaccine: Behind the Scenes of Moderna, the Company Leading the Way 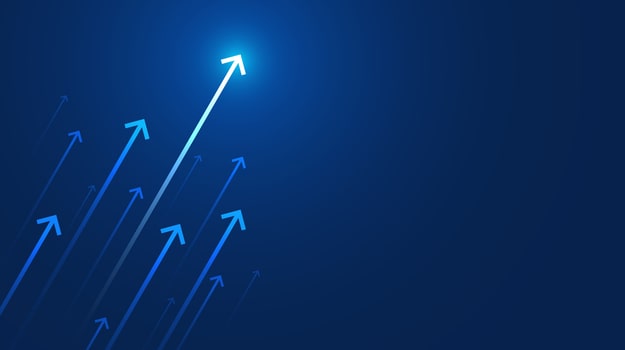 Moderna has always been an odd and secretive company. Currently all eyes are on the company because it is the furthest along in developing a vaccine against COVID-19. Company shares have rocketed 200% this year. But it’s worth noting it’s a company that does not have a single marketed product.

Moderna focuses on messenger RNA (mRNA) therapies. mRNA delivers the code from DNA to ribosomes, where proteins are manufactured. The theory behind mRNA therapies is that instead of injecting a drug (or vaccine), you inject a code for the drug into the body, usually encased inside a tiny fat (lipid) molecule. Once inside the cells, they will manufacture the drug themselves. It’s a brilliant and revolutionary approach, but it’s not a particularly easy technology to develop, and in many ways, vaccines are low-hanging fruit.

In the case of Moderna’s COVID-19 vaccine, mRNA-1273 is an mRNA vaccine against SARS-CoV-2 that encodes for a prefusion stabilized form of the Spike (S) protein. The company recently announced it had finalized the Phase III clinical trial structure for its COVID-19 vaccine, mRNA-1273. The Phase III trial, typically the final stage needed for approval for use, will enroll about 30,000 participants in the U.S. They will be randomized 1:1 to receive either a placebo or the vaccine. The primary endpoint of the trial will be prevention of symptomatic COVID-19 disease, with key secondary endpoints including prevention of severe COVID-19, defined as hospitalization, and prevention of infection by SARS-CoV-2.

Investors have often been intrigued by the company, driving up its pre-IPO value despite there being no commercial products. And in December 2018, the company’s initial public offering dramatically exceeded expectations, and raising $604.3 million, giving the company at that time a market value of about $7.5 billion, a record at the time.

The company’s chief executive officer, Stephane Bancel, has been known as a hard-driving, difficult visionary in the mold of the late Steve Jobs, founder and head of Apple. As the Wall Street Journal notes, “For nine years, chief executive officer Stephane Bancel nurtured a high-stress environment at the Cambridge, Mass., company, characterized by high expectations, sharp critiques of workers and heavy employee turnover, according to current and former staffers. Mr. Bancel’s admonitions of some underlings in group meetings motivated some to do better, and others to leave.”

He's also been noted for self-confidence that doesn’t just tiptoe up to the lines of arrogance and hubris, but sprints past them. “I think the world is going to change tremendously,” he said about the company’s COVID-19 vaccine, as well as the mRNA technology being used. He also is projecting the vaccine will be available for emergency use in healthcare workers and other first-line responders as soon as this fall with a full rollout in 2021. He also said the company will manufacture dozens of drugs and vaccines “for diseases for which there is no solution.”

The company has more than 20 experimental drugs and vaccines in its pipeline. In addition to its COVID-19 vaccine, including vaccines against cytomegalovirus, Zika, respiratory syncytial virus, influenza and Epstein-Barr, but therapies for heart failure, autoimmune hepatitis, cancer of several different types, myocardial ischemia and other diseases. There is no doubting the company’s ambition.

“It’s always been a battle ground company,” Brad Loncar, head of Loncar Investments and creator of an exchange-traded fund that holds Moderna shares, told WSJ. “For some reason people get emotional about it.”

The company was founded in 2010 and originally Bancel was a skeptic, having looked at the science and saying, literally, “It’s impossible.” But he took the position in 2011. The company launched with only $2 million, and that made it hard to recruit top researchers to the company. Reportedly Bancel even told his wife one night, “This will never work.”

And for the most part, the industry agreed. Most scientists thought mRNA-based therapies was an intriguing and even exciting idea, but a very long way from being a viable approach. The technology itself simply wasn’t there.

But the company developed a wide range of partnerships as it grew, including many with the U.S.’s Defense Advanced Research Projects Agency (DARPA), which funds and develops cutting-edge technology for military use and applications. It also has partnered with AstraZeneca and Merck, among others.

Now the stakes are high. If the COVID-19 vaccine is a total flop it will be devastating for the company—and the world. And the company now has a market value of about $24 billion.

That may or may not be deceiving. WSJ notes, “Many investors remain skeptical the Moderna strategy will work, though. Nearly 10% of the company’s shares available to trade have been shorted, up from 5% a year ago, as of June 15, according to FactSet, a level that is higher than any health-care stock except one in the S&P 500 index. Investors using this strategy are betting that the stock’s price will decline.”

However, Moderna has the backing and blessing of the U.S. National Institutes of Allergy & Infectious Diseases (NIAID), and Anthony Fauci, who heads NIAID and is regarded as the top infectious diseases expert in the U.S., and potentially the world, has said he is “really optimistic” about the vaccine. The U.S. government has invested almost $500 million to speed up testing and manufacturing of hundreds of millions of doses of the vaccine.

The entire world is likely hoping this gamble pays off.