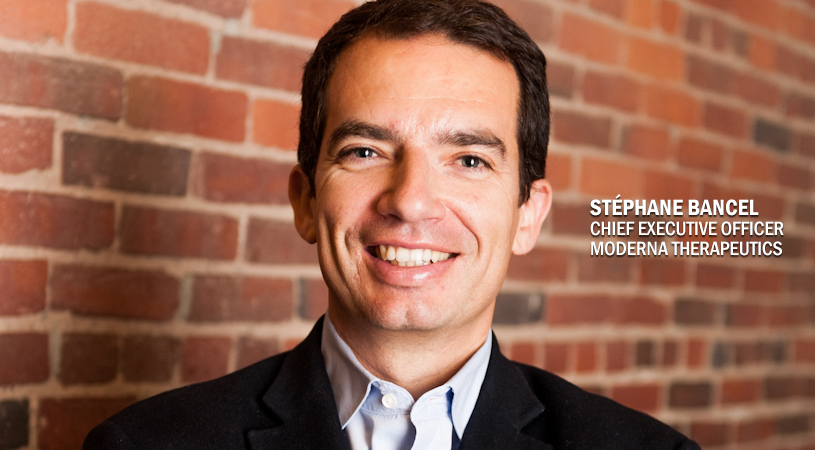 Cambridge, Mass.-based Moderna Therapeutics focuses on engineering messenger RNA (mRNA), which when injected, turns the patient’s cells into drugmaking factories. The company is noted for its secrecy, $1 billion in cash, large pipeline, and numerous deals and partnerships.

And it may have just hit a snag.

A British Columbia Supreme Court Justice, Dev Dley, granted a Canadian company, Arbutus Biopharma, a pre-trial injunction. The injunction stops another very small company, Acuitus, from sublicensing Arbutus’ lipid nanoparticle delivery technology until at least the end of October. Where this causes problems for Moderna is that Acuitas has sublicensed that technology to Moderna four times. And that it seems that Moderna is using that technology for two of its leading products currently in clinical trials.

Forbes writes, “The ruling also makes clear that Judge Dley believes that Acuitas was never authorized to sublicense Arbutus’ delivery system for use in vaccines. The first two products Moderna put in human trials were vaccines and four of the five products Moderna has in the clinic are vaccines.”

The Acuitas technology basically wraps the mRNA in tiny balls of fat. Acuitas is so small, it’s run out of its chief executive officer’s home in Vancouver. That delivery system is owned by Arbutus, and in 2016, Arbutus terminated Acuitas’ technology license. Then Acuitas sued Arbutus to hold the rights to the technology. Forbes writes, “Acuitas originally got the license as a result of a separate legal dispute and richly-funded Moderna tapped Acuitas for the delivery system instead of its actual owner, Arbutus.”

Stephane Bancel, Moderna’s chief executive officer, has said previously that Moderna doesn’t use Acuitas’ delivery system for its new drugs. In addition, he claims that the company was developing its own delivery system as well as licensing another from Merck . Forbes touched base with Moderna about the most recent court ruling, and the company said, “the injunction does not affect our agreements with Acuitas.”

Arbutus, however, claims that Acuitas doesn’t have the right to sublicense Arbutus’ technology for vaccines. Judge Dley, in his opinion, wrote, “I agree that Arbutus has a strong case. Acuitas has sub-licensed Arbutus’ technology with respect to vaccines when such vaccines fall outside the provisions of the cross-license agreement.”

It’s not clear yet if this will prove to be a real problem with Moderna. Zack Fink, writing for BioTerp Partners in December 2016, said, “I don’t want to comment on the claims made by both parties in the court documents (or the license agreements themselves) since I am not a lawyer. However, I will say that it is suspicious that Moderna is utilizing Acuitas/Arbutus LNP despite making claims of the superiority of their in-house LNP technology. It would appear Moderna is trying to use the Acuitas/Arbutus technology as a ‘stepping stone’ while their in-house LNP tech matures (supposedly) towards the clinic.”

It also seems puzzling why Moderna sublicensed the technology from Acuitas rather than directly from Arbutus.

At the JP Morgan conference held in January, Moderna focused on 12 mRNA development candidates (DCs), which includes vaccines and therapeutics in infectious diseases, immuno-oncology and cardiovascular diseases. Five of the DCs have clinical trials underway in the U.S., Europe and Australia. One includes its Zika mRNA vaccine, mRNA-1325.

The company’s highlighted programs include:

AZD-8601 — Partnered with AstraZeneca , this just started clinical trials last week, and is developed to increase levels of vascular endothelial growth factor-A, for patients with heart failure or post-heart attack.

mRNA MRK-1777 — it’s a viral vaccine, but it’s target has not been announced. Moderna is partnered with Merck for this program.

mRNA-1388 — A vaccine for Chikungunya virus. This is funded through the Defense Advanced Research Projects Agency (DARPA), part of the U.S. Department of Defense (DoD).

mRNA-1706 — A proprietary formulation of the Zika virus vaccine, a second version that uses the same active pharmaceutical ingredient (API) as mRNA-1325, but uses a next generation formulation, V1GL.

mRNA-1647 — Vaccine for Cytomegalovirus (CMV), one of the most common causes of newborn disability.

mRNA-1653 — Vaccine for Human Metapneumovirus (HMPV) and Parainfluenza virus (PIV3). These typically infect young children by the age of five, and cause mild respiratory illness, which can become severe in young children, the elderly and people who are immunocompromised.

mRNA-4157 — In partnership with Merck, this is an mRNA-based personalized cancer vaccine.

mRNA-2416 — OX40L Immunotherapy. OX40 Ligand is a co-stimulatory protein that boosts T cells in their effects against cancer cells.

mRNA-2905 — Interleukin 12 (IL-12) Immunotherapy. IL-12 actives the immune system. It is in development in partnership with AstraZeneca.

mRNA AD-8601 — VEGF-A, in conjunction with AstraZeneca, this encodes for vascular endothelial growth factor-A (VEGF-A), which may lead to the creation of more blood vessels to improve blood supply.