Are SPACs Better Than Traditional IPOs? 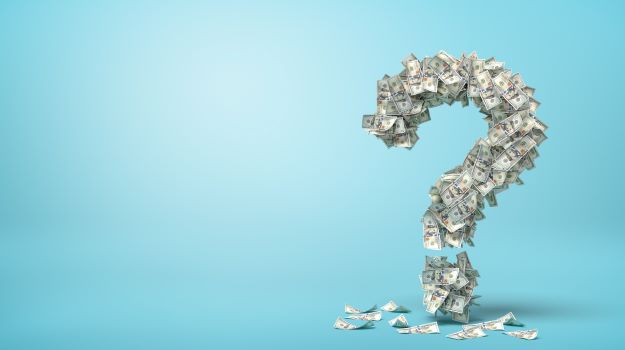 A cursory glance at any financial newsfeed these days will definitively prove - SPACs are back. More relevant than skinny jeans being out and mom jeans in again, the tides of the IPO being the go-to route to NASDAQ have shifted.

While their popularity has recently soared (250% in 2020 compared to 2019), SPACs are not new. The most recent boom of the SPAC was around 2007-2008. Mieyal told BioSpace at that time the mechanism was viewed as “shady,” a backdoor way to take a company public with questionable investors.

In fact, he said even looking into using a SPAC to take your company public would taint your reputation. You’d be damaged goods in the eyes of solid investors and potentially ruin your hopes of a successful IPO.

Fast forward to today and you have some of the most premier health care investor funds in the market driving the SPACs. The credibility of the sponsoring groups has made this route to going public incredibly attractive. Here’s why.

An IPO takes about a year and $3-4 million on average just to get ready for the big day. After loads of prep, it’s a two-step process of a pre-IPO crossover round, then the actual IPO. Companies take a 5-to-6-day roadshow, meeting with dozens of potential investors to give a condensed 45-minute rundown of their company in hopes they’ll be impressed.

Even after all that effort, your final success really comes down to the mood of the market. If it's a bullish week, you’re set. If the market turns out to be a bear, you could end up with disappointing results. Add to that the chance of a bad clinical trial readout during your 12 months of prep and you've got a fair degree of risk with the IPO route.

As Mieyal summarized, “It’s a long risky proposition with an unknown endpoint.”

He believes the impetus for the rising popularity in SPACs is the same catalyst that has driven us all to life changes – the global COVID-19 pandemic. Markets plagued by economic uncertainty coupled with the inability to travel to do an in-person IPO roadshow meant previously-benched SPACs saw an opening to come back into the game.

It’s pretty simple for the SPAC to go public. Being a shell or “blank check” company, there’s not much to report with no operating entity or financial reports to comb through. The investors participating in the SPAC’s IPO are the same health care investor names that would be participating in biotech company IPOs. These folks invest in good faith, trusting the SPAC manager to find a worthwhile investment for their dollars.

Companies looking to go public via SPAC are basically negotiating a prefunded IPO. They have more time with investors to delve in deeper on the opportunities each company has in its future. Mieyal indicated this is especially attractive if companies have more complicated technology that can’t be summarized in a 45-minute roadshow presentation. There could also be the potential for less company dilution than the traditional two-step IPO if they have a creative negotiator.

When asked why he thought a particular company took the SPAC route over IPO, Mieyal said, “With an SPAC, you’re negotiating with a counter party for a known amount of capital. With an IPO, you go out and say what you’d like to raise, but you don’t know what the market will be doing and you may not get what you’re hoping for. It’s very frustrating for management if you spend a year preparing and then it all comes down to the market mood the week you go out there. You have a fixed amount of proceeds with you do a SPAC. You agree on a valuation and move to closing, regardless of market. Much lower degree of uncertainty than the IPO route.”

Mieyal pointed out the downside of SPACs’ growing popularity is that they’re becoming a crowded trade. He predicted that in the coming months there will be too many SPACs chasing down too few appropriate companies to merge with. Conversely, this is a “good problem” for a biotech looking utilize a SPAC. Companies can potentially find more suitors and be more selective.

So which route would he advise a hypothetical biotech client company to take?

“The SPACs today are being driven by the premier healthcare investor funds. With that being the reality, for a portfolio company that I was invested in, I would absolutely encourage and advise management that they should be evaluating SPACs. Its challenging, its expensive, its time consuming to do an IPO. Without a premier VC investing in your IPO anyway, you have a huge amount of uncertainty whether it's going to be successful at all. Given the prevalence of the SPACs now and the credibility of the groups that are sponsoring them, it can be an attractive option for biotech right now.

Here’s an at-a-glance grid of recent life sciences SPAC mergers. We’ll keep this information up to date as more deals are announced. With SPAC IPOs accounting for more than half of all IPOs in the U.S. across all sectors in the third quarter of 2020, we expect to see a lot of mergers ahead. Buckle up. 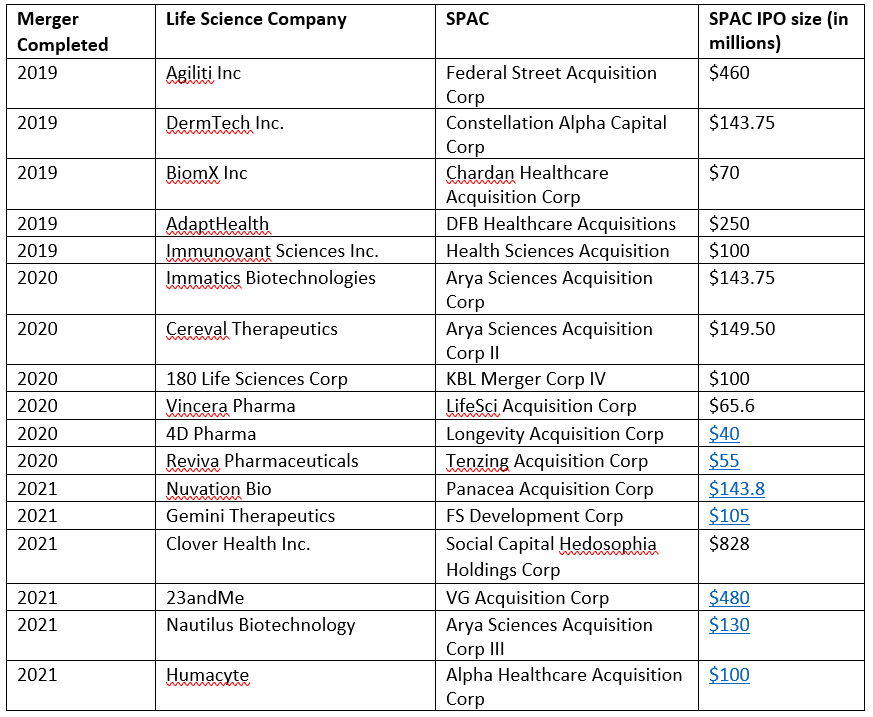