AMR Fund and Global Cohorts Working to Prevent Another Pandemic 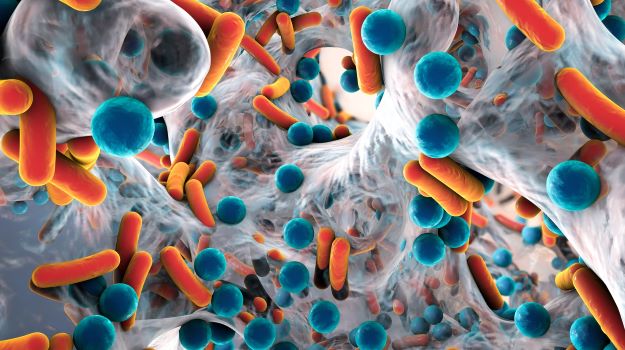 The AMR Action Fund, CARB-X, BEAM Alliance and a select group of life sciences companies are going all-in to develop novel antibiotics to stop the escalating epidemic of antimicrobial resistance (AMR) from becoming a full-fledged pandemic that could turn back the clock on medical treatment as we know it.

“Antibiotic resistance is like deferred maintenance on a key piece of infrastructure for society. We’ve underinvested in it for decades and gotten away with it because what we had before worked pretty well, but at some point, we could have something catastrophic,” said Kevin Outterson, Executive Director of CARB-X, a global non-profit partnership launched in 2016, whose mission is to tackle antimicrobial resistance.

According to the Centers for Disease Control and Prevention (CDC), more than 35,000 Americans perish each year from antibiotic-resistant infections, and estimates have AMR claiming the lives of as many as 10 million globally by 2050.

Outterson outlined all of the advancements we take for granted that could be lost without replenishment of new antibiotics.

“What else is possible because we have antibiotics? Cesarean section – it’s a third of the births in high-income countries. Would you willingly cut open a pregnant mom to remove the baby if you did not have absolute confidence that you had the antibiotics to respond to anything that happened?” he asked.

Many innovations in cancer therapeutics could also be for naught if we do not develop novel antibiotics.

“A key side effect of much of cancer therapy is a suppression of your immune system or a modification to your immune system, sometimes stronger in one direction and weaker in others. And again, you find that many oncologists rely upon antibacterial and antifungal drugs for their long-term cancer patients. It does us no good to save people from cancer if they die from the infection because we lack the drugs,” Outterson said.

CARB-X was funded with $480 million from a cohort including the US Department of Health and Human Services (HHS) Biomedical Advanced Research and Development Authority (BARDA), the Wellcome Trust, Germany’s Federal Ministry of Education and Research (BMBF), the U.K. Government’s Global Antimicrobial Resistance Innovation Fund, and the Bill & Melinda Gates Foundation.

The AMR Action Fund, launched in 2020 in the midst of the worst pandemic in modern history, received an infusion of both capital and leadership in late February.

The capital investment of a combined $140 million USD was supplied by the Boehringer Ingelheim Foundation, the European Investment Bank, (supported by the European Commission), and again, the Wellcome Trust. The funds add to the initial financing of approximately $1 billion put up by the biopharma industry.

The leadership came in the form of former Novartis Venture Funds Head, Henry Skinner, who lauded the investment.

“Hopefully this is an opportunity to, for lack of a better phrase, buy time, that our governments and policy makers can fix the market, and that we can reinvigorate a market-based approach that is a sustainable leveraging of the innovation that we’ve seen across the industry,” Skinner said.

He went on to explain why the Fund’s mission to develop 2-4 novel antibiotics by 2030 is so critical.

“A company could survive on low prices and high volumes or low volumes and high prices, but you can’t survive on low volumes and low prices. There’s been 16 antibiotics approved by the FDA since January 1, 2010. The median sales in the US of those antibiotics the last 12 months have been $16 million each, which is not enough to even keep the plant humming. The core here is that there’s a mismatch between what health and science wants and what the market can do,” he said.

This is why initiatives like the AMR Action Fund and CARB-X are funding riskier ideas and late-stage drug development.

The AMR Action Fund will focus its investment on helping companies get to the finish line.

“As you get to the place where you need to do a big Phase II and Phase III registration study, your need for capital only increases exponentially. That’s really been where things have fallen apart and there’s been a dearth of capital. Our intention is really to focus on that space, to provide the capital that is absent there and to bring drugs to the market,” Skinner said.

Governments across the globe are also working to bridge the gap and are currently being led by the United Kingdom’s Pilot Antibiotic Subscription Model.

Under what is being dubbed the “Netflix model”, the National Health Service (NHS) will pay two pharmaceutical companies upfront for access to antibiotics. The model attempts to overcome the uneven market proposition by funding R&D regardless of whether the country needs the antibiotic right away, or they remain in a stockpile.

“We have to change the way we pay for antibiotics. What they’re doing in England is I think the best example in the world of how to do that correctly,” stated Outterson.

On November 25, the European Commission announced the Pharmaceutical Strategy for Europe, and stated the need to address AMR as a flagship initiative.

“They are setting up three flagships. The first one is that they are trying to set up a pilot…that will try to cover R&D up to procurement, to have some kind of incentives to help the market, which means that you enter some kind of process, interaction with the European Commission and member states, with a product in development and you are supported all the way through market uptake,” said Frederic Peyrane, a coordinator with the Biotech companies in Europe combating AntiMicrobial Resistance (BEAM) Alliance.

Florence Sejourne, President of BEAM Alliance and CEO of Da Volterra, a clinical-stage biotech company in France developing novel therapeutics to preserve the microbiome, referenced a COVID-19 connection, with all 27 EU member states banding together to negotiate the purchase of a vaccine.

“COVID for Europe, was really determining for that movement because it’s the first time we bought products altogether, vaccines. COVID forced us to work collectively for a health care need, and that’s the beginning of why they’re now trying to work more collectively for all those infectious risks. AMR is benefiting from such a movement,” said Sejourne.

Policy makers in the US are also taking action to overhaul the antibiotics market. The PASTEUR Act, named after the famous microbiologist, Louis Pasteur, is a bipartisan bill that aims to limit the increase and spread of resistant infections. It was introduced in the Senate in September 2020 by Senator Michael Bennet (D-CO) and Senator Todd Young (R-IN), and in the house in December by Congressional Rep. Mike Doyle (D-PA) and Rep. Drew Ferguson (R-GA).

The approach would be similar to the UK subscription model, providing federal funds and a predictable return on investment to companies developing innovative antibiotics based only on their usefulness to public health. According to Outterson, the bill will be reintroduced this month.

While he is appreciative of the impressive collective investment in the AMR Action Fund, Outterson issues this warning:

“People should understand that this is a one-off event. If the Action fund loses money or grinds down to zero because we don’t fix the way that we pay for antibiotics, this will be the last money we’ll ever see from any private investor in this field. They’re trying something, but if this doesn’t work, then we’re cooked.”