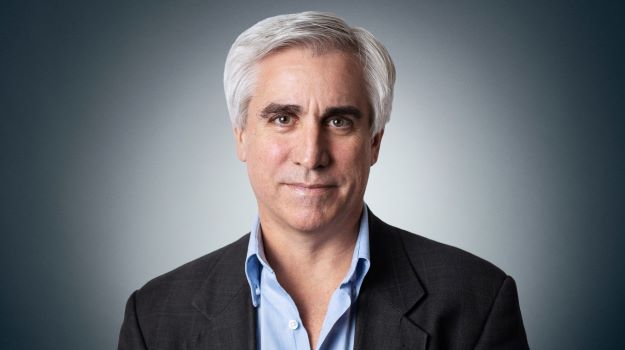 The AMR Action Fund is ramping up its infrastructure – announcing yesterday that former Novartis Venture Funds Head, Henry Skinner, will take the helm as the organization’s first chief executive officer.

The AMR Action Fund was launched in July 2020 and backed by approximately $1 billion in financing from the biopharma industry to address the global threat of antimicrobial resistance. A 2017 estimate put the cost of developing a new antibiotic at $1.5 billion USD.

It was a busy day as the Fund also confirmed a combined $140 million investment by the Boehringer Ingelheim Foundation, the European Investment Bank, which is supported by the European Commission, and the Wellcome Trust. It marks the first initial close involving non-pharmaceutical industry investments.

This cadre of prestigious characters highlights the fund’s collaborative nature against the so-called silent global killer.

According to the World Health Organization (WHO), 700,000 people die each year from bacterial infections, with more than 35,000 perishing in the U.S. from antibiotic-resistant infections, per the Centers for Disease Control (CDC). Estimates have AMR claiming the lives of as many as 10 million globally by 2050.

“The value proposition is broken. The pipeline is not as robust as it should be and the access to capital to is extremely constrained, which is our job to fix,” said Skinner, whose mandate will be to acquire or invest in small companies with the ultimate goal to develop 2-to-4 novel antibiotics by 2030, thereby replenishing the global supply chain with much-needed weapons against these resistant superbugs.

“I am honoured to join the AMR Action Fund and its incredibly important mission,” he added. “Having worked on this issue from many angles throughout my career, I know how badly novel antibiotics are needed, and I also know how many obstacles currently prevent them from being developed and reaching patients.”

Skinner, a microbiologist by training, brings extensive experience to the project, most recently serving as the senior vice president of venture at Tekla Capital Management.

"We need innovative solutions to avert the looming health crisis posed by AMR, which threatens to make even common medical procedures potentially deadly," said Christoph Boehringer, Chairman of the Boehringer Ingelheim Foundation, which invested $50 million USD in the worthy cause. "The Boehringer Ingelheim Foundation is committed to fighting the greatest global health threats of our time and we are proud to join this broad alliance of charitable organizations, development banks, and biopharmaceutical companies. We are confident the AMR Action Fund will enable researchers and scientists to bring innovative antibiotics to patients suffering from severe bacterial infections."

One company whose services Skinner could enlist is Xellia Pharmaceuticals, a specialty pharmaceutical company out of Denmark, focused on providing important anti-infective treatments against life-threatening bacterial and fungal infections, which in 2017 signed onto the Davos Declaration, a precursor of the Fund, struck at the World Economic Forum in Davos, Switzerland in 2016.

The declaration was initially signed by more than 80 pharma biotechnology, generic, and diagnostic companies at the World Economic Forum in Davos, Switzerland who vowed to work to create sustainable markets for antibiotics and revitalize necessary R&D.

“Antimicrobial resistance is a huge global issue and an immense challenge to overcome. As a leading supplier of specialty antibiotics, such as vancomycin and colistimethate sodium (CMS) that can often be the last-line of defense against resistant microbes, we play an important role in ensuring their responsible production and stable and reliable supply,” Carl-Åke Carlsson, Xellia’s chief executive officer, said at the time.

Another company working in this space is  Recce Pharmaceuticals Ltd, a biotech from down-under hoping to drive superbugs back under with synthetic polymer-based anti-infectives. One of the company’s primary drug candidates, RECCE® 327, a novel antibiotic with a universal mechanism of action against bacterial infections.

“The world of singular mechanisms of action is long behind us. The cells are mutating so quickly and we may need new drugs to combat that,” Graham said.