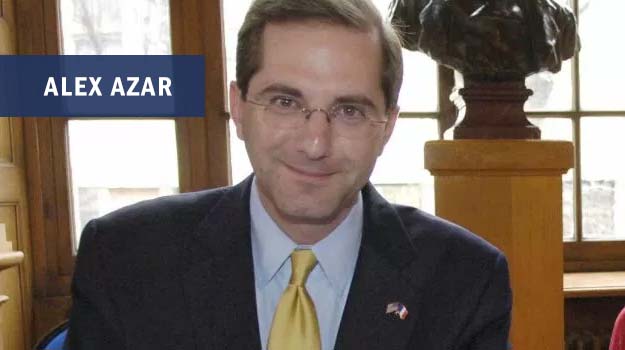 As part of the Trump Administration’s “blueprint” to bring down drug prices, a policy of requiring drug companies to list prices in advertisements is being floated. In a speech by Department of Health and Human Services Secretary Alex Azar before the National Academy of Medicine, Azar discussed the proposed legislation.

“President Trump is taking historic action to bring patients more transparency through consumer advertising,” Azar said in the speech. “We are proposing to require American drug companies for the first time ever to include in their TV advertising the list prices of drugs paid for by Medicare or Medicaid.”

The biopharma industry, not surprisingly, is opposed, arguing broadly that it restricts their free speech. More specifically, the industry argues, among other things, that the list price is rarely the final price after rebates, and that without more context, releasing list prices would be confusing to patients.

“Putting a list price in isolation in an ad itself is very confusing, misleading and lacks appropriate context,” Steve Ubl, chief executive officer of the Pharmaceutical Research and Manufacturers of America (PhRMA), told Bloomberg.

The biopharma industry specifically argues that without taking into accounts rebates and insurance co-pays, drug list prices aren’t particularly useful information. The industry has been quite vocal recently about drug rebates, with Pfizer’s chief executive officer Ian Read speaking out about it, as well as Leonard Schleifer, the co-founder of Regeneron Pharmaceuticals, and Ken Frazier, chief executive officer of Merck & Co.

Frazier, in a recent speech with the Economic Club of New York, noted that Merck sets a drug price and publishes that price. But once that figure is set, the company often makes discounts to middlemen, typically pharmacy benefit managers (PBMs). The prices, Business Insider reported, “may or may not make their way directly to patients. And if you have a high deductible plan, you might still be on the hook for paying the full list price, even if you don’t get the direct benefit of the discounts.”

The proposal to force listing drug prices likely is aimed at drug manufactures as well as pharmacy benefits managers like CIGNA Corporation, CVS Health, and Express Scripts. It’s not clear, however, if the drug companies would be able to say, for example, “We’re charging $10,000 per treatment for this drug, but $4,000 of it goes to your PBM.”

Azar was well aware of this, and went on the attack, saying, “It is no coincidence that the industry announced a new initiative today that will help make new cost and price information available. We appreciate their effort. But placing information on a website is not the same as putting it right in an ad, and it’s taken them five months since the President’s blueprint to start skating to where the puck is going.”

That this policy and some of this rhetoric is coming from Azar, who was once president of the U.S. division of Eli Lilly and Company, bears some irony not lost on the industry. He has been criticized before for promoting policies that, according to STAT, “focus on other parts of the pharmaceutical supply chain while leaving his former employers unscathed.”

In his talk, Azar said, “We will not wait for an industry with so many conflicting and perverse incentives to reform itself.”