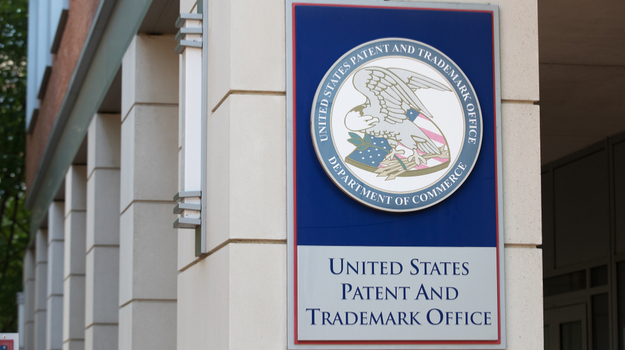 Alnylam is suing both Moderna and Pfizer over what it claims are patent infringements related to the Cambridge, Massachusetts-based company’s biodegradable cationic lipids that it says have been foundational to the success of the mRNA-based COVID-19 vaccines developed by the two companies.

In a brief announcement this morning, Alnylam announced that it filed separate lawsuits against the companies. In these complaints, Alnylam said Moderna and Pfizer have both infringed on U.S. Patent No. 11,246,933 (‘933), which covers its lipid technology. Alnylam said it is seeking “fair compensation” for the use of the technology that covers “a broad class of biodegradable lipids,” which it created more than a decade ago.

The ‘933 patent, entitled “Biodegradable Lipids for the Delivery of Active Agents,” was issued by the United States Patent & Trademark Office on Feb. 15, 2022, Alnylam said in its filing. The ’933 Patent “claims a class of cationic biodegradable lipids that can be used in the formation of LNPs for the delivery of an active agent, including mRNA.”

In its filings, Alnylam said Moderna’s and Pfizer’s use of ALCC-0315, a cationic biodegradable lipid formulated into LNPs that protect and deliver the vaccine’s mRNA infringes on its own ‘933 patent. The biodegradable lipid in question was designed to support the delivery of the mRNA technology to a patient in an effective and non-toxic manner.

Alnylam explained in its filing that because RNA is negatively charged, the lipids had to be positively charged in order to create the protective bubble. Positively-charged (cationic) lipids do not exist in nature and have to be synthesized. More than 10 years ago, Alnylam researchers invented a new class of “non-natural LNPs comprising a cationic lipid with biodegradable groups,” the complaint said.

Alnylam expressed pride in the technology that was used in the development of the vaccines. In its announcement, Alnylam is not seeking an injunction against the companies or taking any kind of action that would impede the availability of the vaccines that have helped curb the pandemic.

In a statement to BioSpace, Moderna said that Alnylam has “engaged in what can only be seen as blatant opportunism—improperly expanding the scope of a 10-year old patent in an attempt to stake a claim to unprecedented and meaningful innovations in the mRNA space.” The company noted that protecting intellectual property is critical to innovation.

“Moderna’s LNPs do not resemble Alnylam’s work, and any assertion that the Alnylam patent covers Moderna’s COVID-19 vaccine is specious. Alnylam’s lipids were originally tailored for intravenous delivery of a different type of RNA, and Moderna discovered many years ago that such lipids were insufficient for delivering mRNA directly into the arm. Starting in 2014, Moderna designed new lipids that overcame this mRNA delivery challenge, and it is those novel lipids which are found in our LNPs,” the company said in its statement.

BioSpace has reached out to Pfizer regarding the allegations.

Last month Moderna faced a legal challenge from Arbutus Biopharma Corporation and Genevant Sciences over lipid technology as well. That lawsuit is related to nucleic acid-lipid particles and lipid vesicles and the compositions and methods for their use. Like Alnylam, Arbutus and Genevant said they were seeking “fair compensation” for the use of the technology but are not seeking to hinder sales of the vaccines.

Moderna reported earnings of $17.1 billion from its vaccine sales last year. The company has predicted even higher returns from sales of the SpikeVax vaccine. Pfizer reported that Comirnaty, its vaccine co-developed with Germany’s BioNTech, generated more than $12 billion in revenue in 2021.

Moderna denied the accusations of Genevant and Arbutus. The company said its vaccine was a product of “many years of pioneering mRNA platform research and development, including creation of our own proprietary lipid nanoparticle delivery technology.”