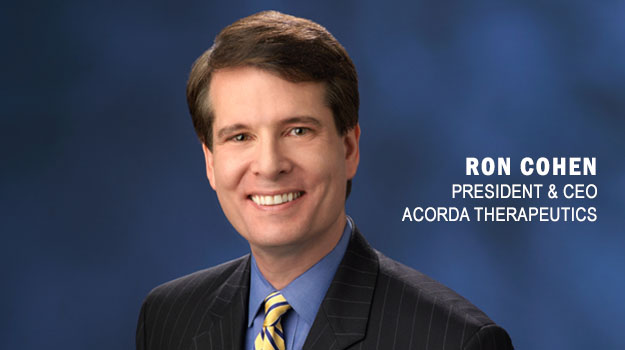 Acorda Therapeutics’ week started off badly and has only gotten worse. It started off with the loss of an appeal for some of its Ampyra patents and has ended with the U.S. Food and Drug Administration (FDA)’s decision to delay a ruling for its Parkinson’s disease treatment.

The agony at Acorda was reflected in its stock price this week, which has only gone down. On Monday, following the company’s announcement it failed to win the appeal regarding four U.S. patents covering Ampyra, a medication that helps improve walking in adults who have multiple sclerosis. The loss in court will allow generic drugmakers Mylan, Teva and Roxane to move forward with their versions of Acorda’s lead product. In the second quarter of this year, Ampyra generated net sales of $150.3 million. In its quarterly report, Acorda said those numbers reiterated its 2018 sales guidance of $330 to $350 million for Ampyra.

But since then, it’s fallen more, especially after the company announced Thursday that the FDA extended its review of the New Drug Application for Inbrija (levodopa inhalation powder) from Oct. 5 to Jan. 5, 2019. Acorda said the extension is related to submissions the company made to the FDA in response to the regulatory agency’s requests for additional information on chemistry, manufacturing and controls. The FDA determined the submissions “constitute a major amendment” and will take additional time to review.

Ron Cohen, president and chief executive officer of Acorda, said the company is committed to bringing Inbrija to market for Parkinson’s disease patients who experience OFF periods. While Cohen attempted to remain upbeat in his public messaging, shareholders were not happy. Acorda stock fell to $15.85 on Thursday before showing a slight rally to close at $18.05. In premarket trading today, the stock is up slightly to $18.15.

Inbrija is an inhaled formula of levodopa (L-dopa). The inhaled formula is designed to reach the brain faster by bypassing the digestive system and provide a significant benefit for the approximately 350,000 people in the U.S. who are challenged by OFF periods related to Parkinson’s disease. Phase III clinical trial data showed patients treated with Inbrija (CVT-301) saw a statistically significant improvement in motor function. Inbrija is an inhaled formula of levodopa (L-dopa) and has been shown in trials to be successful in treating patients with Parkinson’s disease experiencing OFF periods. Acorda acquired Inbrija in the acquisition of Civitas Therapeutics.

Parkinson’s disease is a progressive disorder of the nervous system that impacts movement in the body. IN addition to the more common tremors associated with the disease, Parkinson’s commonly causes stiffness or slowing of movement, according to the Mayo Clinic. People diagnosed with Parkinson’s often deal with times classified as “ON” and “OFF.” OFF periods are characterized by the reemergence of Parkinson’s symptoms. In OFF times, which CVT-301 addresses, patients experience periods of decreased mobility. Over the course of the disease, patients OFF periods in patients can increase in frequency and severity. The “ON” time refers to when patients are responding to medication and symptoms are decreased.