A Pivotal Moment for CRISPR in the Gene Editing Journey 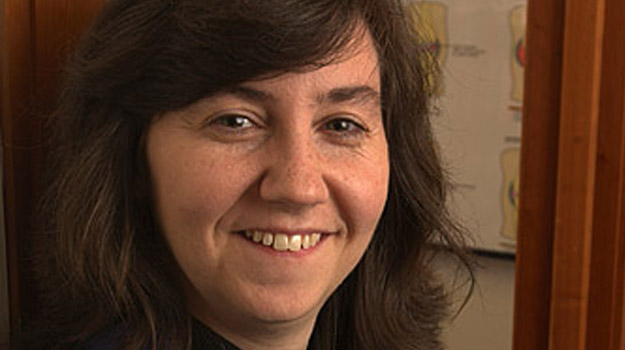 After 20 years of toiling and dreaming, the field of genome editing has arrived. Since the 1990s, it has been arriving slowly, out of the limelight. That all changed in 2012 when Jennifer Doudna and Emmanuelle Charpentier pioneered CRISPR/Cas9 – the molecular toolkit that allows scientists to change the genetic code of living organisms.

Since then, companies like Editas Medicine, CRISPR Therapeutics, Intellia Therapeutics, and Vertex Pharmaceuticals, have been working to turn the technology into actionable therapeutics.

“I thought gene therapy was going to be fabulous and groundbreaking, and then there was hiccup after hiccup after hiccup. Every meeting for years was: ‘this is what's going to happen in gene therapy,’ and I finally got to the point where I was like ‘just call me when it starts working’. Well, guess what? About five years ago, it started working,” said Dr. Lisa Michaels, EVP and chief medical officer at Editas.

When Doudna and Charpentier won the Nobel Prize in 2020, the discovery was hailed as “rewriting the code of life.” CRISPR, which stands for Clustered, Regularly Interspaced, Short Palindromic Repeats, has reenergized the gene editing space as a faster, cheaper, and more accurate approach.

Gene editing has the potential to change the lives of people with severe and life-threatening genetic ailments, including Duchenne muscular dystrophy, Hemophilia A, and Sickle cell disease (SCD) by correcting “spelling mistakes” inside the human genome.

Hopes have soared many times over the past five years. In 2016, scientists at Temple University successfully eliminated the HIV-1 virus from the genome of human T-cells, rendering them invulnerable to HIV infection. Unfortunately, the excitement was short-lived as the virus survived the treatment and began to infect the T-cells just two weeks later. This was due to mutations that occurred when CRISPR cut the DNA.

The experimental therapy, CTX001, was effective in raising fetal hemoglobin ( hemoglobin F) levels. According to data presented at the 2020 ASH conference, 10 patients - three with SCD and seven with beta-thalassemia – have all had relief from bouts of pain and had gone several months without a transfusion.

In the U.S. alone, there are nearly 100,000 people living with SCD, which causes fatigue, pain, and infections. Current treatments, such as blood transfusions, only manage symptoms and can have lasting complications.

Michaels explained how Cas12a, which makes use of a shorter guide RNA than Cas9, can be used for a more targeted approach that limits potential long-term problems.

“It allows a little more precision so we can get to a more complex part of the gene,” she said. “The result is that we induce a mutation, the peremptory persistence fetal hemoglobin mutation. That mutation is known to result in relatively high levels of hemoglobin F, it's not associated with any disease, and we've got a very clear human proof of concept.”

In the gene editing space, which maybe more than any other, relies on fine-tuning, Michaels believes that Cas12a could be a game-changer.

“I don't think I fully appreciated this before I came into the field, that every one of the enzymes being used by us and the editors is a little bit different,” she said. “Even the base editing techniques are still somewhat dependent upon the use of Cas9, and Cas12a, which we have complete proprietary ownership of, is a uniquely different approach.”

The drug is being developed for the treatment of hereditary transthyretin amyloidosis (ATTR) amyloidosis, a rare, life-threatening protein misfolding disorder caused by a specific mutation in the transthyretin (TTR) gene.

With this milestone, the field is now wide open for the next in vivo CRISPR success, and Editas is hoping that it will be in the ocular disease space. The company’s lead in vivo candidate, EDIT-101, is being developed for Leber congenital amaurosis type 10 (LCA10), an early onset retinal degenerative disease that leads to significant vision loss and blindness.

EDIT-101 targets a disease-causing mutation in the CEP290 gene that causes degeneration in ocular photoreceptor cells, which are critical for normal vision. Editas aims to knock this gene out.

Speaking of setbacks to overcome in gene therapy, the Editas’s BRILLIANCE trial had the misfortune of launching in February 2020 – right before the COVID-19 pandemic hit.

“This trial was up and running in February a full year ago, and then we couldn't get patients into the treatment centers because things just locked down. So, we've been focusing an awful lot on trying to move this thing forward at a much more aggressive pace to try to make up lost time,” Michaels said.

And moving forward they are. On June 23, the company announced that it had received Independent Data Monitoring Committee (IDMC) clearance to begin enrolling the first of two planned pediatric cohorts in the trial. The endorsement was given based on positive safety data from the adult low and mid-dose cohorts. Editas is also now enrolling an adult high-dose cohort.

Michaels explained that LCA10 is a great illustration of gene editing’s sweet spot.

“We've really progressed. We don't only knock out genes. We're often knocking in genes or doing rearrangements, but LCA10 is a classic example of where knocking out a gene can actually be very helpful,” Michaels said. “The CEP290 gene is huge, and it cannot be fit inside a vector. So this is not a disease that can be treated by gene therapy. We remove the splice mutation, and as a consequence, the cell is able to make the normal protein.”

The next phase of the journey is where Michaels believes Editas may begin to see positive efficacy signals.

“We're really just now getting into that window of time where I'm really hoping that we will demonstrate not only a physiological measurement showing that productive editing has happened in the eye, but maybe now with the patient population being enrolled, we will also be able to demonstrate changes in vision,” she said.

Editas expects to report initial clinical data from the EDIT-101 program in September.

As gene therapies such as these get closer to being realized for patients, Michaels is excited to witness the next phase.

“Most of the focus has been on inherited genetic diseases, but there are also inherited predispositions to diseases. We note that the turning on of certain genes, or episomal changes that take place within genes, may also result in late disease. Can you prevent the onset of late disease?” she said. “As we begin to make this space safer, the number of different diseases that we can move into starts to become incredibly broad.”