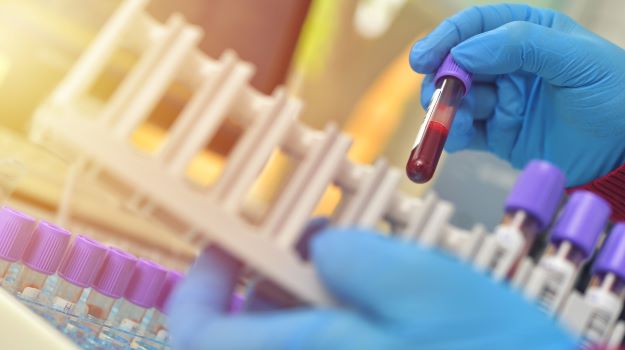 The following features are highlights from the 63rd American Society of Hematology (ASH) Annual Meeting and Exposition, held in-person in Atlanta, GA, and virtually from December 11 to 14. It was attended by more than 25,000 hematologists and healthcare professionals worldwide.

Global Blood Therapeutics shared positive data from ongoing studies on Oxbryta (voxelotor) tablets, an oral, once-daily therapy candidate for sickle cell anemia. The drug works by directly inhibiting sickle hemoglobin polymerization, which is the root cause of the sickling and destruction of red blood cells.

Data from the HOPE study, involving 3,128 participants with SCD, demonstrated a 34% decrease in hospitalizations related to vaso-occlusive crises and a 37% drop in all-cause hospitalizations after starting Oxbryta. Before the study began, the mean reduction was just 23%. Improvements in hemolysis and hemoglobin markers were also observed from the ongoing open-label extension, somewhat confirming Oxbryta's efficacy and safety, though additional findings will not be presented until 2022.

Jazz Pharmaceuticals announced positive results from its Phase II/III trial on Rylaze (asparaginase erwinia chrysanthemi (recombinant)-rwyn) on pediatric and adult patients diagnosed with lymphoblastic lymphoma (LBL) and acute lymphoblastic leukemia (ALL). The trial involved three cohorts with unique intramuscular (IM) administration dose quantities and schedules for Rylaze. The primary endpoint is the proportion of patients with the last 72-hour NSAA levels of ≥0.1 IU/mL during the first treatment, while the secondary endpoint was the same measure but observed in the last 48 hours. Both observation periods demonstrated over 90%, consistent with the model predictions.

Rylaze is approved in the U.S. to be used as part of a multi-agent chemotherapeutic course for LBL and ALL. It has an orphan drug designation from the Food and Drug Administration and was approved under the Real-Time Oncology Review (RTOR) program. Jazz's study is still ongoing, and complete results are expected to be announced soon.

Protagonist Therapeutics' updated data from its Phase II study of rusfertide in polycythemia vera (PV) patients show rapid hematocrit control without requiring therapeutic phlebotomy. Researchers studied 63 phlebotomy-dependent patients who received rusfertide over 18 months and found that 84% no longer needed the procedure after the first 28 weeks of treatment. Around 30% of the patients also observed a 40% drop in Myeloproliferative Neoplasm Symptom Assessment Form Total Symptom Scores (MPN-SAF-TSS) from baseline during the same period.

Phase III of the trial is expected to start in the first quarter of 2022 and will look into the potential of rusfertide in PV patients against a placebo when added to current therapy. The primary endpoint for Phase III will be the absence of phlebotomy at weeks 20 to 32. The protagonist's findings were presented in two oral events at the ASH conference.

Regeneron Pharmaceuticals shared positive early results from its ongoing study of REGN5458 (BCMAxCD3) in patients diagnosed with relapsed/refractory multiple myeloma. The latest findings from the Phase I portion of the trial show a 51% overall response rate (ORR) across all dose groups, which rose to 75% among recipients who have been given a higher dose (200 to 800 mg). To qualify for the study, patients should be double refractory or have received at least three prior lines of therapy.

The Phase I study is looking into REGN5458's tolerability, safety, dose toxicity, and efficacy. The Phase II portion will further evaluate the drug's safety and anti-tumor activity. The drug is still under clinical development and has yet to be reviewed by a regulatory authority.

Syndax Pharmaceuticals shared updated positive results from its Phase I/II study of axatilimab in patients with recurrent or refractory chronic graft-versus-host disease (cGVHD) despite already undergoing two lines of therapy. Data was based on 40 patients who received a median of four treatments, including belumosudil, ibrutinib, and ruxolitinib.

As of its October 22 cutoff date, 31 of the participants were evaluable, with the best overall response rate recorded at 72% after two weeks and 50% at four weeks. Responses were evaluated across different organ systems, such as joints, lungs, the skin, and fascia, and 53% reported significant improvements in their symptoms. Enrollment for the Phase II AGAVE-201 trial is ongoing, with topline results expected by 2023.