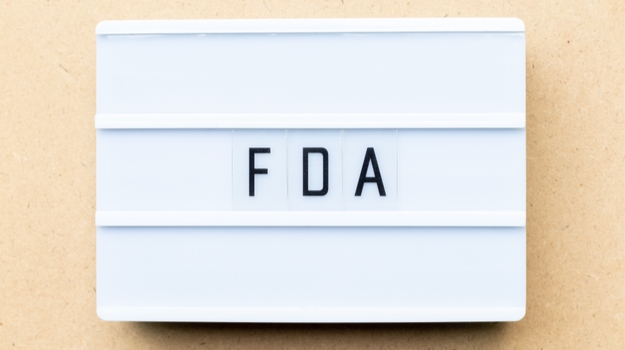 February is kicking off with a number of PDUFA dates for the U.S. Food and Drug Administration (FDA) as well as a cancer advisory committee meeting. Here’s a look.

Adamas Pharmaceuticals’ Gocovri for OFF Episodes in Parkinson’s

Adamas Pharmaceuticals has a target action date of February 1, 2021, for its supplemental New Drug Application (sNDA) for Gocovri for OFF episodes in Parkinson’s disease (PD) patients receiving levodopa-based therapy. The drug is approved to treat dyskinesia in PD patients receiving levodopa-based therapy, with or without other dopaminergic drugs. In the sNDA, Adamas proposed revising the indication to include the drug for treatment of OFF episodes. Its effectiveness for OFF episodes was demonstrated in two pivotal Phase III trials.

Parkinson’s disease is marked by a lack of dopamine. This chemical is a signaling molecule in the brain. PD leads to tremors, stiffness and slowness. It is typically treated with levodopa, a dopamine precursor—dopamine itself is too large a molecule to cross the blood-brain barrier. Once in the brain, levodopa is converted into active dopamine. With long-term use, the beneficial effects wear off before another dose. When levodopa has a positive effect, it is called ON periods. When it stops working, it is called OFF episodes.

Mallinckrodt has a target action date of February 2 for its Stratatech Biologics License Application (BLA) for StrataGraft for deep partial-thickness thermal burns. StrataGraft is an investigational regenerative skin tissue therapy. It is being evaluated under priority review.

The current standard of care for this indication is an autograft, which involves harvesting healthy skin from an uninjured patient site and transplanting the skin graft to the injury. StrataGraft is an engineered, bilayer tissue designed to mimic natural human skin with both inner dermis-like and outer epidermis-like layers. It can be sutured, stapled or secured with adhesive.

The BLA is partially built on data from a Phase III trial that hit both primary endpoints in adults with deep partial-thickness thermal burns, including autograft sparing and durable wound closure.

“Treatment advances are needed that can help minimize or eliminate the need for autografting,” said Steven Romano, executive vice president and chief scientific officer of Mallinckrodt. “The FDA’s acceptance of the BLA submission or StrataGraft skin tissue for review takes us one step closer to providing adult burn patients in the United States with a potential new treatment option for partial-thickness thermal burns.”

Merck’s checkpoint inhibitor Keytruda (pembrolizumab) is being considered for high-risk, early-stage triple-negative breast cancer in combination with chemotherapy as neoadjuvant treatment, then as a single agent as adjuvant treatment after surgery. The FDA is holding an advisory committee meeting of its Oncologic Drugs Advisory Committee on February 9 to evaluate the data of the drug for this indication. The target action date is otherwise March 29, 2021.

The submission for this is based on first and second interim analysis of data from the Phase III KEYNOTE-522 trial. After consulting with the FDA, data from the third interim analysis of the study will also be discussed at the adcom meeting. In KEYNOTE-522, the addition of Keytruda to neoadjuvant chemotherapy showed a statistically significant and clinically meaningful improvement in pathological complete response (pCR) compared to chemotherapy alone in this indication, regardless of PD-L1 status. There was also a favorable trend towards event-free survival (EFS).

“Triple-negative breast cancer is an aggressive malignancy, and patients with early-stage disease are in need of new options given the high rates of recurrence within the first five years of diagnosis,” said Roy Baynes, senior vice president and head of global clinical development, chief medical officer, Merck Research Laboratories, in a December 2020 statement. “Based on the strength of the data from the KEYNOTE-522 trial, we feel Keytruda has an important role to play in helping to address the unmet needs of these patients. We look forward to discussing this new application for Keytruda with the advisory committee and continuing to work closely with the FDA to bring this new option to patients with early-stage disease as quickly as possible.”