Pfizer to Seek EUA for COVID-19 Antiviral with 89% Efficacy 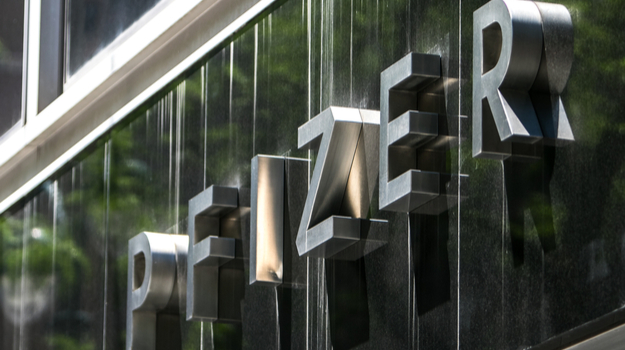 Pfizer plans to seek Emergency Use Authorization (EUA) for an antiviral COVID-19 treatment following an interim analysis of Phase II/III data. The company is halting the study after the data was shown to be statistically and clinically meaningful.

Pfizer found the antiviral drug dubbed Paxlovid to reduce the risk of hospitalization or death by 89% compared to placebo in high-risk adults who were not hospitalized for treatment. Positive results were seen in patients within three days of treatment following the onset of COVID-19-related symptoms.

Paxlovid is a SARS-CoV-2 protease inhibitor antiviral therapy designed to block the SARS-CoV-2-3CL protease, an enzyme that the coronavirus needs to replicate in the body. Paxlovid is co-administered with a low dose of the HIV drug ritonavir. According to Pfizer, the antiretroviral drug slows the breakdown of Paxlovid within the body, which allows the medication to remain active in the patient for a longer period of time and at a higher concentration.

Pfizer believes that Paxlovid could be prescribed broadly as an at-home treatment to help reduce illness severity, hospitalizations, and deaths. It has demonstrated potent antiviral in-vitro activity against circulating variants of concern and other known coronaviruses, suggesting its potential as a therapeutic for multiple types of coronavirus infections.

The Pfizer antiviral pill will be the second oral antiviral submitted to the FDA in recent weeks. Pfizer’s submission follows Merck’s decision to seek EUA for molnupiravir (MK-4482), which it co-developed with Ridgeback Biotherapeutics. Earlier this week, the U.K. authorized the use of molnupiravir within its health-care system.

Pfizer announced data from the Phase II/III EPIC-HR (Evaluation of Protease Inhibition for COVID-19 in High-Risk Patients). The study showed that patients who received Paxlovid within three days of the onset of symptoms were less likely to need hospitalization. Less than 1% of Paxlovid patients required hospitalization compared to 7% of placebo patients. There were seven COVID-19-related deaths in the placebo group and none in the Paxlovid group.

Based on the recommendation of the Independent Data Monitoring Committee and in consultation with the FDA, Pfizer said it has halted the EPID—HR study due to overwhelming efficacy. Pfizer will use the data to support a rolling submission to the FDA for EUA of the drug.

Pfizer Chief Executive Officer Albert Bourla, Ph.D., called Paxlovid a “real game-changer in the global efforts to halt the devastation of this pandemic.” Bourla said if the FDA authorizes Paxlovid, it will potentially save the lives of infected individuals, reduce the severity of COVID-19 infections, and eliminate up to nine out of ten hospitalizations.

“Given the continued global impact of COVID-19, we have remained laser-focused on the science and fulfilling our responsibility to help healthcare systems and institutions around the world while ensuring equitable and broad access to people everywhere,” Bourla said in a statement.

When the IDMC called for a halt in EPIC-HR, the study had enrolled about 70% of its planned 3,000 patients. The trial was being conducted across North and South America, Europe, Africa, and Asia, with 45% of patients located in the United States. Patients enrolled in the study had a confirmed COVID-19 diagnosis and experienced mild to moderate symptoms within a five-day period. The patients were also required to have at least one underlying medical condition associated with an increased risk of developing severe illness from COVID-19.

“All of us at Pfizer are incredibly proud of our scientists, who designed and developed this molecule, working with the utmost urgency to help lessen the impact of this devastating disease on patients and their communities,” said Mikael Dolsten, M.D., Ph.D., chief scientific officer and president of Worldwide Research, Development and Medical of Pfizer.