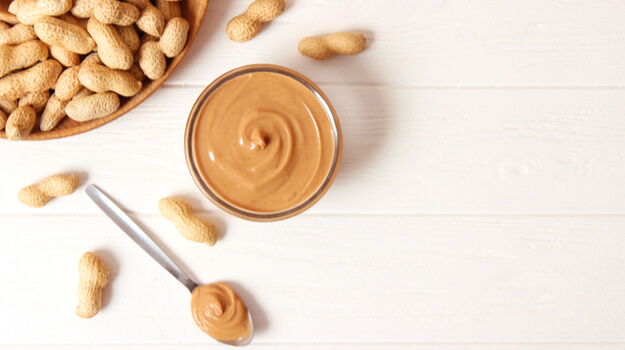 DBV Technologies, located just outside Paris, announced it is cutting jobs while it awaits news from the U.S. Food and Drug Administration (FDA) about its application for Viaskin Peanut.

Viaskin is the company’s proprietary technology platform for immunotherapy, based on epicutaneous immunotherapy (EPIT). This is the company’s method of delivering biologically active drugs to the immune system through intact skin—in order words, it’s similar to a nicotine patch, but is used to introduce minuscule amounts of allergens, such as peanut protein, to the patient’s immune system. The company’s food allergies programs including trials of Viaskin Peanut and Viaskin Milk, as well as preclinical studies in Viaskin Egg.

In February 2020, competitor Aimmune Therapeutics’ Palforzia was approved by the FDA. Palforzia is an oral treatment to decrease allergic reactions to peanuts. Specific allergenic proteins are ingested initially in very small quantities, followed by increasingly large amounts. It is intended for use with a diet that avoids peanuts.

Back in February 2020, DBV announced that the FDA’s Allergenic Products Advisory Committee meeting was to be held on May 15 to discuss the Viaskin Peanut Biologics License Application (BLA). The FDA had accepted the BLA for review on October 4, 2019 and given it a target action date of August 5, 2020. The meeting was canceled. There is no indication on the FDA website if or when it has been rescheduled.

While it waits, the company underwent a comprehensive business review as a way of preparing for a possible delay in the BLA review. The board approved a global restructuring plan, including significant layoffs. It is notoriously difficult to conduct layoffs in France; the company initiated, according to French laws, a mandatory consultation process with DBV’s Social and Economic Committee.

“We have carefully reviewed the situation and given the prevailing uncertainties, the goal of the plan that we are launching aims to preserve our core functions, extend our cash runway and maintain operating latitude to bring the first and only epicutaneous immunotherapy for the treatment of peanut allergy to patients in need, if approved,” said Daniel Tasse, DBV’s chief executive officer. “We continue to believe Viaskin Peanut, based on the clinical data observed to date, can change the long-term treatment paradigm of peanut allergies and lend itself well to this current healthcare environment.”

In a March 16, 2020 communication with the FDA, there were questions about the impact of the peanut patch’s adhesion on its efficacy. The company then submitted additional data that it believes answered the questions and asked for feedback. The data had also been published in two peer-reviewed scientific journals.

However, after submitting the extra data in April and asking for discussion, the FDA did not provide additional information other than that the data was being reviewed and the target action date was still August 5. As a result, the company decided to restructure so it will have flexibility to continue the review process or to bring Viaskin Peanut to the market if it’s approved while maintaining its cash reserves.

As such, it plans to focus on Viaskin Peanut and scale down its other clinical programs as well as preclinical spending. It expects that its current cash and cash equivalents of €262.4 million will be able to fund the company past the previous guidance of the first quarter of 2021. The company said it will provide updated financial guidance once it gets feedback on the BLA review from the FDA.

Viaskin Peanut is a patch intended for children age 4 to 11. It provides small levels of peanut protein through intact skin with the intent of desensitizing the child’s immune system to peanuts in order to decrease the risk of an allergic reaction from accidental exposure.

DBV first submitted the BLA to the FDA in 2018, but later that year withdrew it after the agency requested more data on its manufacturing procedures and quality controls. They then resubmitted the BLA in the third quarter of 2019, but again were asked to submit more information, this time about the adhesion issue.

The company is also studying its technology in a Phase III trial for children ages 1 to 3 and to date, has reported both doses seem to be well tolerated and showed treatment benefit after one year.