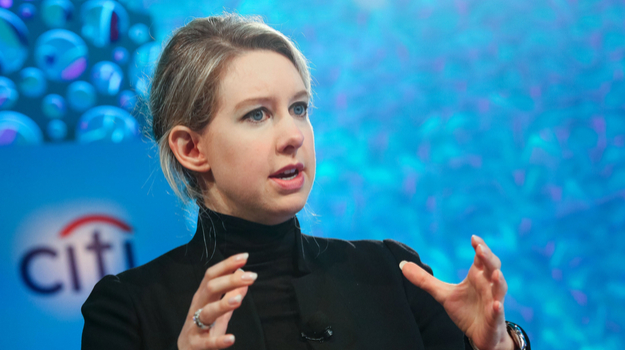 As chief executive officer of Theranos, Elizabeth Holmes had what appears to be an uncanny ability to woo support from investors who have significant business and political connections. This week, during her ongoing fraud trial, representatives from one wealthy family described the process with which Holmes, who has been charged with multiple counts of fraud, secured private investments.

The family of Betsy DeVos, the former secretary of Education during the Trump administration, was one of the investors who sank a significant amount of money into the company that promised to revolutionize health care with its blood-testing technology. Lisa Peterson, a representative of the DeVos family, which made its fortune as the co-founders of Amway, took the stand earlier this week and testified about the events that led to the family investing $100 million into Theranos in 2014.

Along with members of the family, Peterson flew to California and listened to Holmes discuss the company’s vision and its claims regarding the capabilities of the technology. According to The Wall Street Journal, the DeVos family was particularly intrigued by Holmes’ claims regarding the company’s relationship with the U.S. military and how the Theranos technology had applications for use in military settings and refugee camps. Holmes also told the DeVos family that the Theranos technology was being used in clinical trials conducted by major pharmaceutical companies.

According to the testimony, the family was intrigued because of the positive press the company had been garnering in multiple publications, including a cover story on Holmes in Fortune magazine. Peterson testified that Holmes made claims of how many tests the company could run on its technology using a single drop of blood during a single day.

During the meeting with Holmes, Peterson testified that they were given revenue projections showing the company would have a “$3 million loss in 2014 on $140 million in revenue and a $230 million profit in 2015 on $990 million in revenue,” the Journal reported.

Peterson and the DeVos family later learned that Holmes’ claims were little more than hype. When asked by the prosecution if the family would have reconsidered its investment had they known that Theranos was largely running tests on third-party diagnostic systems, Peterson testified that that would make a significant difference.

When asked by Holmes’ legal team whether or not the DeVos family had done its due diligence before making such an investment, Peterson said the family relied on the information that Holmes had provided, the Journal said.

According to the Journal, part of Holmes’ strategy was to secure investments from private donors as part of an effort to keep Theranos a private company.

In addition to powerful investors, Holmes also surrounded herself with prominent political figures. Former Secretary of State George Schultz was a member of the company's board of directors. Also serving on the board was former Secretary of Defense General James Mattis, with whom she attempted to initiate a pilot program to use the blood-testing technology on the battlefield in Afghanistan while he was still an active-duty Marine. Holmes also cultivated relationships with former U.S. Secretary of State Henry Kissinger, former U.S. Secretary of Defense William J. Perry and U.S. Sen. Sam Nunn.