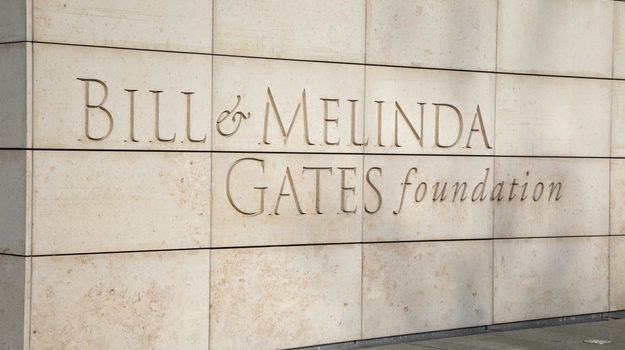 The Bill & Melinda Gates Foundation pours investment dollars into disease-fighting efforts, especially for those illnesses that inequitably impact developing nations. This week, the massive non-profit is taking up the cause for pneumococcal infection with a $90 million investment in Seattle area’s Inventprise.

Inventprise is developing a pneumococcal conjugate vaccine against the highest number of strains of Streptococcus pneumoniae. This bacterium primarily causes meningitis and pneumonia. Pneumonia is the leading cause of death in children under the age of five globally. About 1 in 20 persons affected die from the illness.

While the market is red-hot for pneumococcal vaccines, Inventprise will face some stiff competition. In June, the FDA approved a new version of Pfizer’s vaccine, Prevnar 20. The first variation was approved in 2000 and covered only seven strains of the bacterium. The latest formulation is a 20-valent, covering more of the most common strains of pneumococcus serotypes in adults. Last year, the previous version, Prevnar-13, snagged nearly $6 billion in sales for Pfizer.

Just one short month later, competitor Merck got the green light for its 15-valent vaccine dubbed Vaxneuvance. While this formulation’s coverage is 5 serotypes shy of Pfizer’s, Merck hopes to have a leg up in the pediatric market with data coming out sooner than its rival.

However, Inventprise is not intimidated by its big-name competition. Like Pfizer’s and Merck’s, its candidate, IVT-25, is a conjugate vaccine but covers more serotypes.

The S. pneumoniae bacteria has more than 90 different known strains. Vaccine makers have been held back from adding more coverage to their shots due to waning effectiveness as more components are added.

This is where Inventprise’s proprietary “linker” molecule comes in. Developed in-house after its founding in 2012 by Subash Kapre, Ph.D., CEO of Inventprise and former executive director of the Serum Institute of India’s, the linker allows more components to be connected without losing potency. The technology is designed to increase the visibility to the immune system, soliciting a stronger immune response. The company is already testing a 32-valent variation in preclinical development, seeing how many strains the technology can hold up with.

“The vaccine we have designed has increased the number of strains to increase the umbrella of protection,” said Kapre.

With just over 100 employees, Investprise has a modest revenue stream from its contract services. With three manufacturing facilities in Redmond, the biotech is expanding to a fourth facility to add 70,000 square feet to be up and running in 2022. These in-house capabilities will help avoid the bottleneck effect for vaccine production experienced throughout the global COVID-19 pandemic.

Inventprise’s linker technology has some big hopes for vaccines in multiple indications. First tested against Haemophilus influenza Type A, the company also has programs in the works for rotavirus, shigella, yellow fever, meningitis and other diseases. A pediatric COVD-19 vaccine is also in the early stages of development to offer protection against several of the main strains.

The $90 million funding from the Gates Foundation should propel IVT-25 through Phase I and II testing, slated to begin next year. If proven effective, the vaccine will be available and affordable for low- and middle-income countries.

The foundation’s Gates Medical Research Institute (MRI) recently collaborated with Atreca, a biotech typically focused on oncology. Atreca is licensing its preclinical monoclonal antibody to MRI for the prevention of malaria. Malaria caused over 400,000 deaths in 2019 and is a continuing endemic in many low-income areas, including Central and South America, Africa, parts of Asia, the Caribbean, the Middle East, and Oceania.

This latest investment in Inventprise supports the Gates Foundation’s vision of fighting disease inequity around the world.

“The scientific community must strive to develop more effective vaccines to protect the most vulnerable children from more strains of this devastating disease,” said Keith Klugman, director of the Pneumonia program at the foundation.

“The Gates Foundation is proud to support this bold undertaking which has strong potential to save the lives of millions of children in low-income settings.”