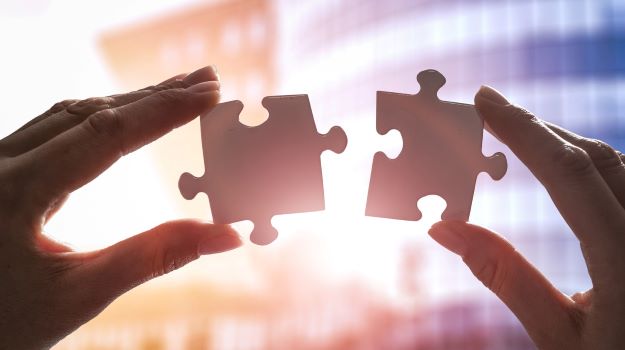 Landos Biopharma based in Blacksburg, Va., partnered with Shanghai, China-based LianBio to develop and commercialize omilancor and NX-13 in Greater China and select Asian markets.

Under the terms of the deal, LianBio receives exclusive rights to develop and commercialize omilancor and NX-13 in Greater China, South Korea, Singapore, Thailand, Vietnam, Myanmar, Cambodia, Indonesia, and the Philippines.

LianBio is paying Landos $18 million upfront in cash and up to $200 million in various development and commercial milestones. Landos will also be eligible for tiered low double-digit royalties on net sales of the drugs in the licensed territories.

“We believe Landos’ differentiated approach to the discovery and development of first-in-class oral therapeutics to target novel immunometabolic pathways has the potential to transform the treatment paradigm for CD, UC and other autoimmune diseases,” said Konstantin Poukalov, managing director, Perceptive Advisors and executive chairman of LianBio. “With inflammatory bowel disease incidence projected to significantly increase throughout Asia over the coming decade, we look forward to partnering with Landos to address the current and future needs of IBD patients.”

LianBio was founded only nine months ago, in August 2020, and in addition to Shanghai, it has offices in Princeton, New Jersey. LianBio was founded, seeded, and incubated by Perceptive Advisers. Its focus is on pushing the development and accelerating availability of new drugs in China and major Asian markets.

The company leverages an in-licensing business model, and the Landos deal is the sixth so far, following launch partnerships with MyoKardia and BridgeBio. LianBio also received $70 million from Pfizer in November 2020 as part of its $310 million Series A funding round.

On May 6, Landos announced it had dosed the first patient in its Phase II trial of omilancor for moderate-to-severe Crohn’s disease. It will evaluate 150 participants, who will be randomized to receive either 1000 mg of omilancor or a placebo.

The drug will be studied over a 12-week induction period followed by an 18-week maintenance period, and two-week post-treatment safety follow up. Co-primary endpoints will evaluate clinical remission at Week 12, as well as frequency and severity of adverse events, compared placebo.

“There remains an unmet need for safer, more convenient and effective therapeutic alternatives to treat patients with CD,” said Jean-Frederic Colombel, director, IBD Center at the Icahn School of Medicine at Mount Sinai and Landos Clinical Advisory Board member, in the May 6 announcement. “Oral treatment with omilancor has consistently demonstrated a benign and well-tolerated safety profile, a gut-restricted distribution without systemic immunosuppression, biologic-like efficacy signal and enhanced immunoregulatory mechanisms in UC patients. Based on these encouraging results, we believe omilancor could show similar levels of efficacy in CD patients with a well-tolerated safety profile and ultimately provide long-term benefit for millions of people living with IBD.”

Of the new partnership, Josep Bassaganya-Riera, chairman, president and chief executive officer of Landos, stated, “We are excited to collaborate with LianBio to strategically integrate their clinical and operational expertise in major Asian markets as we expand into global development programs with our innovative autoimmune disease pipeline. Our lead product candidates, omilancor and NX-13, are designed to have critical advantages over current therapies, including the capacity to target key and novel pathways specifically linked to immune function.”