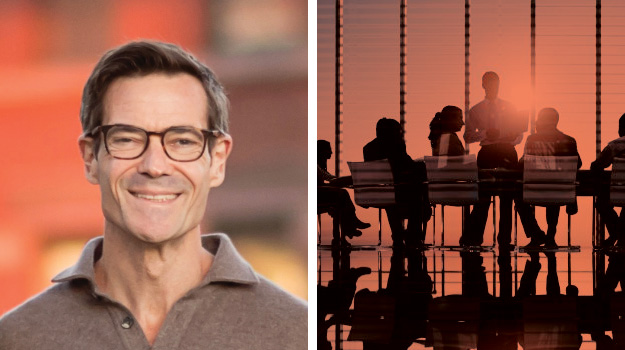 As Versanis Bio pushes deeper into the clinical development of its anti-obesity drug bimagrumab, the company has appointed Intercept Pharmaceuticals veteran Mark Pruzanski as chairman and chief executive officer.

At Intercept, a company he founded and helmed until his departure in 2021, Pruzanski focused on developing a therapeutic for nonalcoholic steatohepatitis (NASH), a chronic liver disease that is expected to become the leading cause of liver transplants.

Now, as CEO of Versanis, he will focus on another leading chronic disease in the United States, obesity. Using bimagrumab, a monoclonal antibody licensed from Novartis, Versanis aims to break into a market predicted to reach more than $27 billion by 2028.

Versanis, backed by Atlas Venture and Medicxi, is developing bimagrumab, an anti-activin receptor monoclonal antibody that blocks the binding of ligands including activin A and myostatin, as an anti-obesity medication. Last month, the company released promising pooled data from five previously completed Phase II studies that showed a 14.6% drop in total body fat mass among non-diabetic participants after 24 weeks.

If bimagrumab pans out in further clinical studies, it will likely challenge Eli Lilly’s Mounjaro (tirzepatide), which was approved earlier this year, and Novo Noridisk’s Wegovy (semaglutide), two diabetes drugs that have shown significant efficacy in reducing weight in non-diabetic patients. Last year, Wegovy received the green light from the U.S. Food and Drug Administration specifically for weight loss in non-diabetic patients.

When the opportunity to helm Versanis came his way, Pruzanski told BioSpace that he saw the right opportunity to “go upstream from where he’d been (in NASH)” in order to address what he considers the chronic epidemic disease of our age – obesity.

“Obesity is a multi-factorial issue. This isn’t simply a lifestyle choice, it’s a disease,” he said. "I am thrilled by the opportunity in this next chapter to join a company committed to the development of novel therapies for diseases that limit health span for so many, with great societal implications.”

With that data clearly in mind, Pruzanski believes bimagrumab can play a role in the battle of the bulge. He explained that while those other drugs are effective weight loss treatments, one of the side effects is that patients typically lose muscle mass as well as belly fat. Bimagrumab’s unique mechanism of action directly targets both muscle and fat to drive improved body composition, which he expects to result in better outcomes.

When Novartis was developing the monoclonal antibody, the Swiss pharma giant posted data that showed it could reduce weight in patients, and also released clinical results showing that treatment with bimagrumab led to an increase in lean muscle mass.

Now at the helm of Versanis, Pruzanski, who prior to his appointment served as chairman of the company’s board of directors, expressed excitement at furthering the drug’s clinical data profile. The company intends to initiate a Phase IIb study with 450 patients who are non-diabetic and obese. The antibody will be assessed as both a monotherapy and in combination with Wegovy to determine the impact on weight loss while preventing loss of lean muscle mass.

Pruzanski noted that this mid-stage trial will include a diverse patient population due to the disease’s prevalence across different ethnicities. While body mass index has become the de facto measurement of healthy weight, Pruzanski called it a “crude” tool and noted that Versanis’s study will look at waist circumference, which he said could be a better indicator of predicting adverse-related outcomes in obesity.

“What we hope to show is that the drugs play well together and are synergistic, that they drive loss of belly fat without the loss of muscle mass in order to prevent those adverse outcomes of obesity,” he said.

Along with pushing bimagrumab into Phase IIb, Pruzanski said one of his immediate tasks will be to seek out additional financial backing that can support a Phase III trial and potential regulatory filing. Although the financial markets have been somewhat anemic over the past several months due to various economic factors, Pruzanski believes there is significant capital available that will be eager to support the company’s mission.

He added that Versanis will be looking at assessing potential different indications for bimagrumab but did not elaborate on potential targets.

John Maraganore and Barbara Duncan Join the Board

In addition to the appointment of Pruzanski as CEO, Versanis added two noted individuals to its board of directors. Barbara Duncan, chief financial officer of DOV Pharmaceutical, and John Maraganore, the founder and former CEO of Alnylam Pharmaceuticals have joined the team. Prior to Alnylam, Maraganore served in business and scientific leadership roles at Millennium Pharmaceuticals, Biogen, and Zymogenetics.

In a brief statement, he touted Pruzanski’s leadership of Versanis, saying the new CEO “knows what it takes to lead a program through development and to the market.”