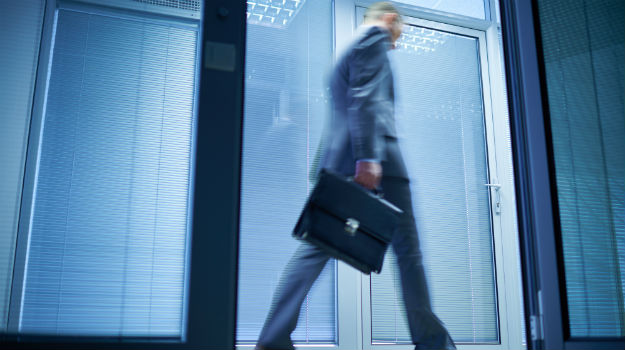 Intercept Pharmaceuticals is currently undergoing a leadership transition, with the company’s Chief Operating Officer Jerome Durso taking the helm of the company as its newest President and Chief Executive Officer.

Durso succeeds the Intercept’s current President and Chief Executive Officer, Mark Pruzanski, which will become effective at the start of the new year. The transition will see Durso appointed to the Board of Directors, while Pruzanski will stay on as a director on Intercept’s Board and will continue to serve as a retained advisor.

“During his nearly two decades at the helm since founding Intercept, Mark has established the company as a pioneering leader in non-viral liver disease,” according to a statement made by Paolo Fundarò, Chairman of the Board of Directors. “He has led the company through many important milestones, including our IPO in 2012, the worldwide approval and commercialization of Ocaliva® for PBC – our first marketed product – and the only successful Phase 3 nonalcoholic steatohepatitis (NASH) program to date. We have been working closely together on planning a seamless transition and will benefit from Mark’s continued involvement to support the company’s future success.”

Since February 2017, Durso has served as Intercept’s Chief Operating Officer and led teams across several aspects of the company’s global business. Durso has been involved in the continued growth of the PBC business across more than 35 countries that resulted in more than $310 million in revenues in 2020.

“This is a pivotal time for the company as we advance our foundational rare liver disease business and work towards the potential resubmission of our NDA in NASH fibrosis,” said Durso in a statement. “I am confident that we will leverage our core strengths and capabilities across the business to execute on plans for continued growth and advancement of our pipeline to drive the future success of Intercept. I look forward to leading our talented team as we continue to build on our solid foundation to further our goals to help patients living with serious liver diseases and deliver for all of our stakeholders.”

For the past 25 years, Durso has contributed to building and leading commercial and business operations in the life sciences, both in the United States and abroad. Prior to signing on as Intercept’s Chief Operating Officer in early 2017, Durso primarily spent his time at global pharmaceutical giant Sanofi, where he held the role of Senior Vice President and Chief Commercial Officer of the Global Diabetes Division. In his prior roles at the company, Durso also served as Senior Vice President and Chief Commercial Officer of Sanofi’s U.S. pharmaceuticals business and also was involved in several commercial leadership roles in the business unit and brand management, sales and marketing.

Durso has his work cut out for him, as the NASH market appears to be a challenging field to develop and receive approval for related therapies. Intercept’s promising FXR agonist obeticholic acid, for instance, was rejected by the U.S. Food and Drug Administration in June for the treatment of NASH-related fibrosis after the agency suggested the risks of the drug outweighed its benefits. As a result, the company’s board of directors cut 25% of its headcount, leading to a 10% fall in shares.

In spite of these problems with its potential NASH therapy, Intercept reported they experienced a 29% growth in their sales of Ocaliva in the third quarter of 2020 compared with the prior-year quarter. According to the financial statement made by the company in November, Intercept is reengaging with the FDA to discuss the agency’s benefit-risk assessment of its drug. As such, the FDA has provided guidance for the company regarding the supplemental data needed to further support the efficacy and safety of Ocaliva for fibrosis related to NASH.