uniQure, Bioverativ Unveil Positive Data for Hemophilia B and Hemophilia A Patients 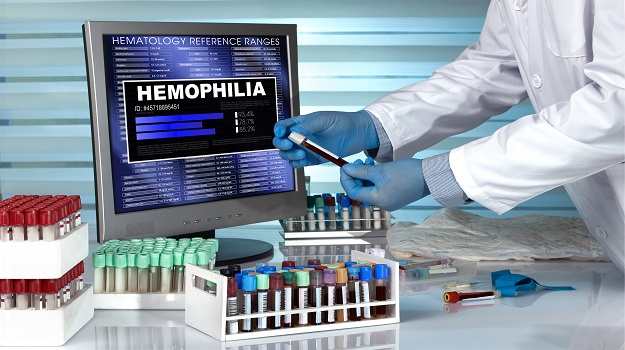 Hemophilia B patients have some good news to cheer. Data suggests that uniQure’s AAV5 gene therapy may be viable treatments for 97 percent of patients.

Over the weekend the company released new data that shows successful liver transduction with the Phase I/II AMT-060, an adeno-associated virus serotype 5 (AAV5)-based gene therapy, in both humans and non-human primates with pre-existing anti-AAV5 neutralizing antibodies (NABs). The data came from the re-analyzation of pre-treatment sera samples of the 10 patients in the trial. No relationship was detected between the presence of pre-treatment anti-AAV5 NABs and clinical outcomes of AMT-060 in patients with hemophilia B, the company announced Monday.

Following the reanalysis, uniQure researchers performed an anti-AAV5 NAB screening of an additional 100 healthy male donors. Using an anti-AAV5 NAB cut-off titer of 1,030, at least 97 percent of this group would be eligible for AAV5-based gene therapy, the company said. Anti-AAV5 NAB titers as high as 340 did not impair the clinical outcomes of AAV5-FIX (AMT-060) therapy in the Phase I/II trial, uniQure added. Hemophilia B is a hereditary bleeding disorder caused by a lack of blood clotting factor IX.

Sander van Deventer, uniQure’s chief scientific officer, said the data, which was presented in an oral session at the American Society of Gene and Cell Therapy meeting in Chicago, bolsters the company’s confidence that “AAV5 gene therapies can provide successful liver transduction in all or nearly all patients.”

“The study suggests that, in contrast to experience with other AAV vectors, detectable pre-existing neutralizing antibodies do not prevent successful gene transfer using AAV5 at clinical doses. In patients pre-exposed to AAV5 who tested positive for anti-AAV5 antibodies, therapeutic transgene expression was established with no cellular immune response observed after systemic administration of AAV5,” van Deventer said in a statement.

As part of the reanalysis of the Phase I/II data, uniQure researchers discovered that seven of the 10 patients returned results below the limit of detection of the assay, and three of the 10 had positive anti-AAV5 NAB titers. Of those three, two were confirmed positive by additional assays, the company said. No relationship was determined between the presence of pre-treatment anti-AAV5 NABs and clinical outcomes in the trial.

uniQure wasn’t the only company touting positive news in the treatment of hemophilia. Across the Atlantic, at the World Federation of Hemophilia (WFH) 2018 World Congress in Scotland, Sanofi subsidiary Bioverativ released data that signals a game-changing treatment in some hemophilia A patients. The company released preliminary pharmacokinetic data from its ongoing EXTEN-A Phase I/IIa study for BIVV001 (rFVIIIFc-VWF-XTEN), an investigational von Willebrand factor (VWF)-independent factor VIII therapy for people with hemophilia A.

Bioverativ said the data showed that a single low dose of BIVV001 extended the half-life of factor VIII to 37 hours with high factor activity levels. BIVV001 is an investigational factor VIII therapy that has the potential to provide comprehensive protection in all treatment scenarios including management of acute bleeds, perioperative care, emergency situations and prophylactic use. That’s good news for Sanofi, which was drawn in part to acquiring Bioverativ for $11.6 billion earlier this year due to the early data regarding BIVV001.

Joachim Fruebis, head of development at Bioverativ, said the von Willebrand factor ceiling has been difficult for researchers to overcome. The new data suggests that ceiling has finally been broken.

“Importantly for the hemophilia community, the factor levels seen in this study are unparalleled in hemophilia A, and we are excited about the potential for BIVV001 to transform the treatment paradigm for patients and physicians,” Fruebis said in a statement.

Factor replacement therapy is fundamental in the treatment of hemophilia A, as it provides the missing clotting factor VIII in the body. Additionally, it has a consistent and well-characterized safety and efficacy profile.