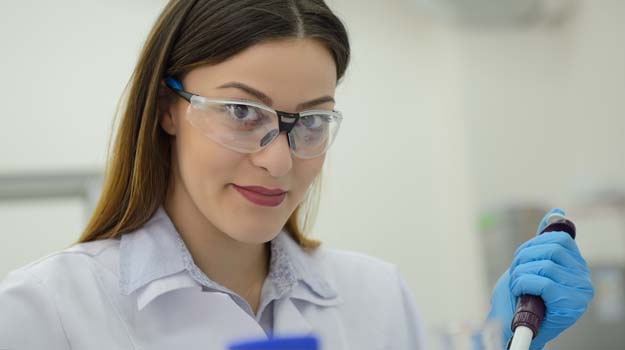 Gritstone Oncology is hanging a “help wanted” sign as the company looks to staff a new 43,000 square-foot manufacturing facility in Pleasanton, Calif. that will be the center of the company’s immunotherapy manufacturing efforts.

The facility complements the cGMP-compliant, next-generation sequencing capability based in Cambridge, Mass., where Gritstone’s sequencing, informatics and deep learning teams are focused, the company said in its announcement. The new site will be an asset as the company moves closer to beginning clinical trials next year. Gritstone’s tumor antigen identification therapy targets tumor-specific neoantigens. Cancer tumors undergo mutations and create molecules that prevent the immune system from recognizing the danger and attacking the corruption. Those constantly mutating cancer cells create neoantigens. It’s the goal of Gritstone to destroy those mutations with its immunotherapy product.

Gritstone said its lead product will initially be studied as a treatment for non-small cell lung cancer and gastric cancer.

Andrew Allen, president and chief executive officer of Gritstone, said the new site in Pleasanton will put the company in an area well-known for biotech companies. That would likely give the company a strong pool of candidates for job openings.

Gritstone, which launched in 2015, is well financed. In September, two years after snagging $102 million in Series A funding, Gritstone scored another $92.7 million in funding, backed by tech giant Google and pharma giant Eli Lilly.

The new biomanufacturing facility includes multiple clean rooms. Each of the clean rooms will be used to develop individualized therapeutics, the company said. The Pleasanton site has been built in compliance with current Good Manufacturing Practices (cGMP) standards. The company expects to manufacture its first investigational products at the Pleasanton facility for use in human clinical trials by mid-2018, and will ramp-up its dedicated staff at the facility over the next six months. Gritstone already listed a few open positions for Pleasanton on its website, including manufacturing and quality assurance roles.

Gritstone’s therapeutic approach sequences the DNA of cancer patients in order to identify specific mutations. Then, the company chooses the makers that will act as the best neo-antigens that will be synthesized in a lab for use as an immunotherapy. The personalized neoantigen immunotherapy is administered in combination with immune checkpoint inhibitors to improve immune responses, tumor response rates and patient survival.